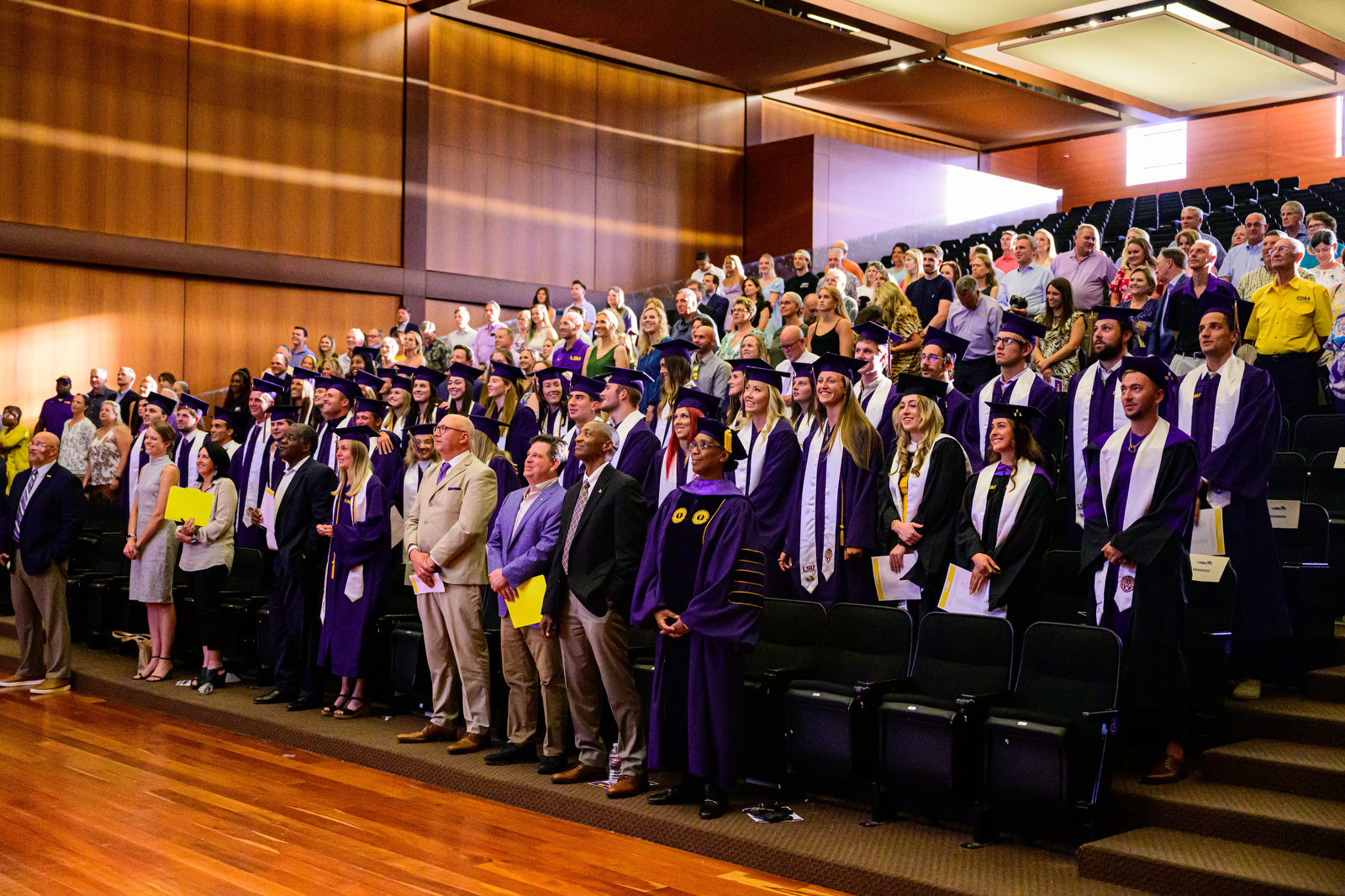 BATON ROUGE – The LSU Athletics Department, the Tiger Athletic Foundation, the National L Club and the Cox Communications Academic Center for Student-Athletes on Thursday night honored its class of graduating seniors and grad-students at “The Tribute” in the Bo Campbell Auditorium.

The Tribute recognizes graduating LSU student-athletes and presents them with a special stole made specifically for the event. LSU will hold its Spring 2022 Commencement ceremonies on Friday. The Tribute recognized student athletes that are graduating this semester as well as those on pace to graduate following the summer term.

Juan Celaya Hernandez proved to be one if the best divers in the nation winning, earning over 10 All-America accolades in three-meter, one meter and platform. The San Nicolas de los Garza, Mexico native Hernandez also won seven SEC Diving Championships and he represented his home country at the Tokyo Olympics.

Kiya Johnson, who will graduate in August and will back at LSU next season, already has numerous All-America accolades throughout her first three seasons as an LSU gymnast. Christina Desiderio is earning her second degree from LSU after electing to come back for her fifth season of gymnastics. She put together a great career, earning WCGA All-America honors in her both her first and final seasons at LSU.

Gavin Dugas was the SEC RBI leader in 2021 with 66, and he was named 2021 NCAA Eugene Regional Most Outstanding Player. He’s also a two-time member of the SEC Academic Honor Roll.

Jontre Kirklin proved to be one of the most versatile players LSU has seen in a longtime and he used his versatility for the good of the team. Naturally a wide receiver, Kirklin stepped in to play defensive back in LSU’s 2018 Fiesta Bowl Victory. Going into the 2022 Texas Bowl with LSU needing a starting quarterback, Kirklin stepped up and played every snap at that position against Kansas State with no previous collegiate experience running an offense.

Following is the complete list of LSU’s graduating Spring 2022 student-athletes: