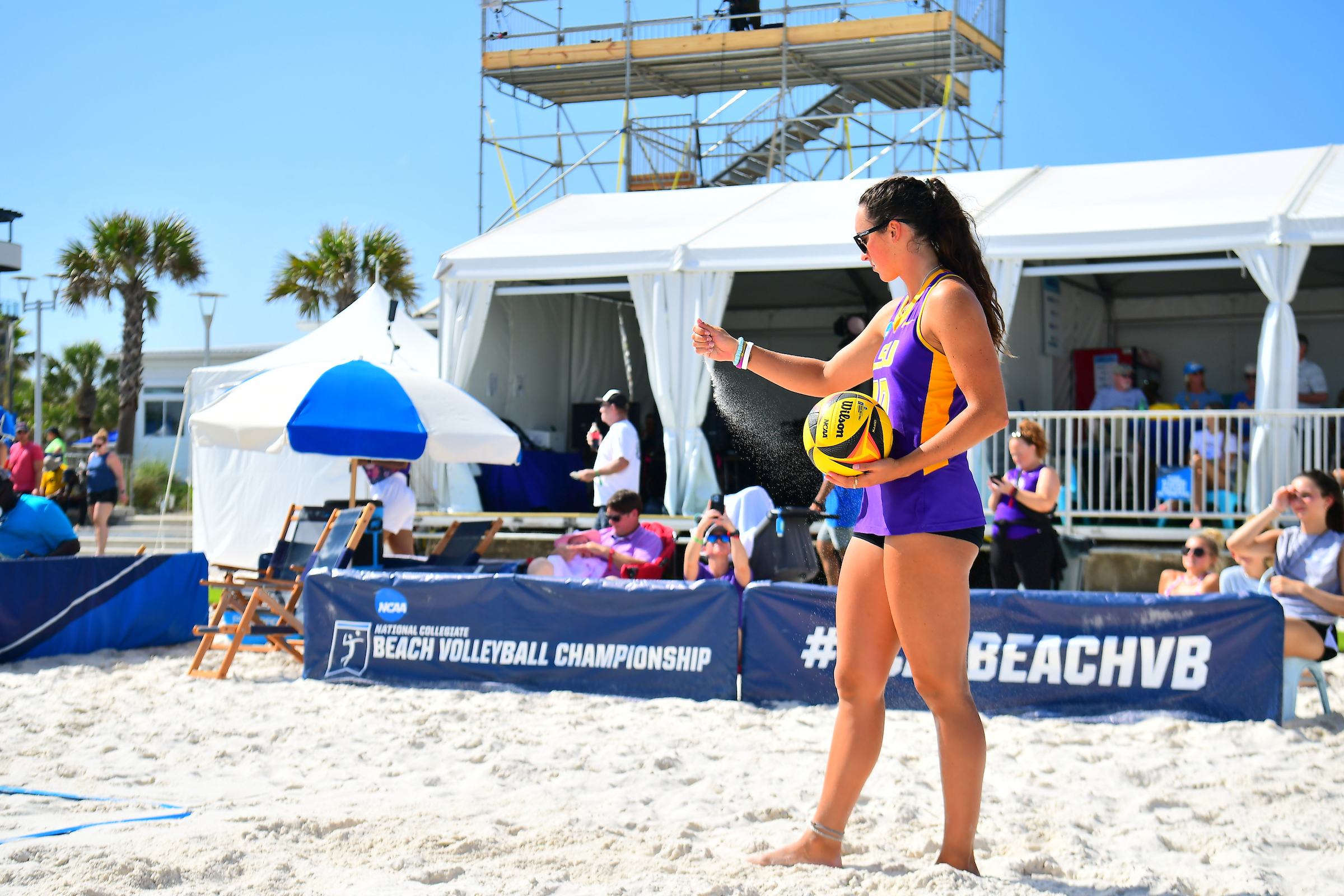 GULF SHORES, Ala. – After a nearly three-and-a-half-hour delay due to weather in Gulf Shores, No. 6 LSU fell to No. 3 UCLA, 3-0, Friday afternoon at the NCAA Championship.

The Tigers are still alive in the double-elimination format and will turn around to take on No. 2 TCU Friday evening at approximately 5:50 p.m. CT on ESPN News. The Horned Frogs suffered the largest upset in NCAA Beach Championship history, falling to No. 10 Georgia State earlier in the afternoon in a match that came down to the final court.

Kylie Deberg and Kelli Greene-Agnew suffered a 21-19 first-set loss and were tied at 14 when UCLA clinched the match. On Court 4, Ellie Shank and Grace Seits dropped the first set, 21-19, and were trailing 16-15 when the match ended.