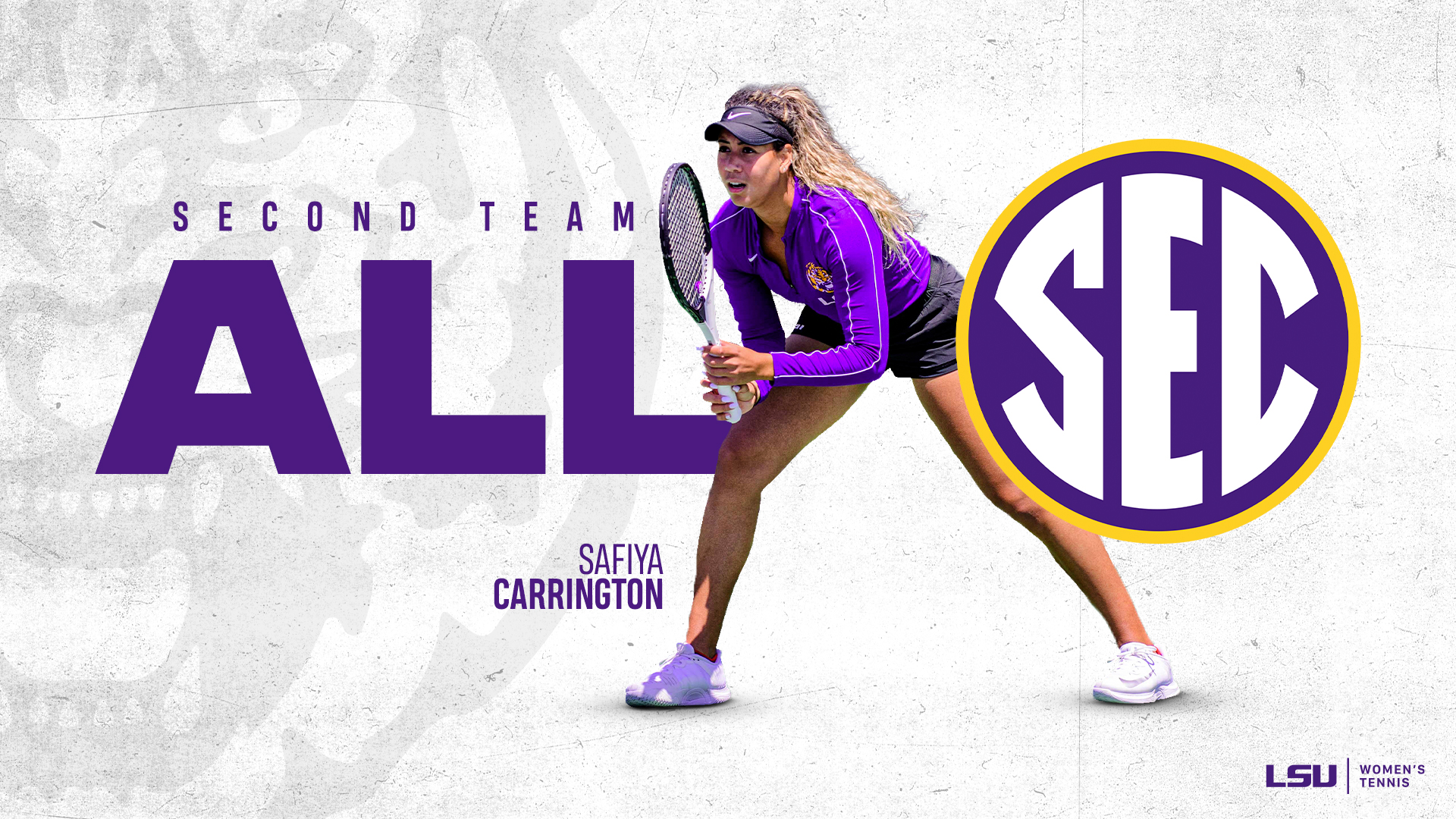 Baton Rouge, La. – LSU women’s tennis junior Safiya Carrington was recognized by the Southeastern Conference as she was named to the Second Team All-SEC, the league office announced.

First-team and second-team All-SEC honorees, All-Freshman team, along with Player, Coach and Freshman of the Year were chosen by the league’s 14 coaches. Coaches cannot vote for their own team or players and ties are not broken.

Carrington finished the 2021-22 season with 11 wins in singles play and nine wins in doubles. She tallied four wins against ranked opponents and secured four wins against conference foes playing at the No. 1 singles spot for the Tigers. Carrington’s best form in the season came on the weekend the Tigers hosted Vanderbilt and Kentucky, where she won both her singles matches against ranked opponents and won both doubles matches to contribute to LSU securing match victories. She was recognized as SEC Player of the Week on March 23rd for her effort.

The honor is the second of Carrington’s career as she was named Second Team All-SEC last season.