The Louisiana Legends Awards Ceremony will be televised live on Louisiana Public Broadcasting affiliates throughout the state beginning at 8:30 p.m. CT. 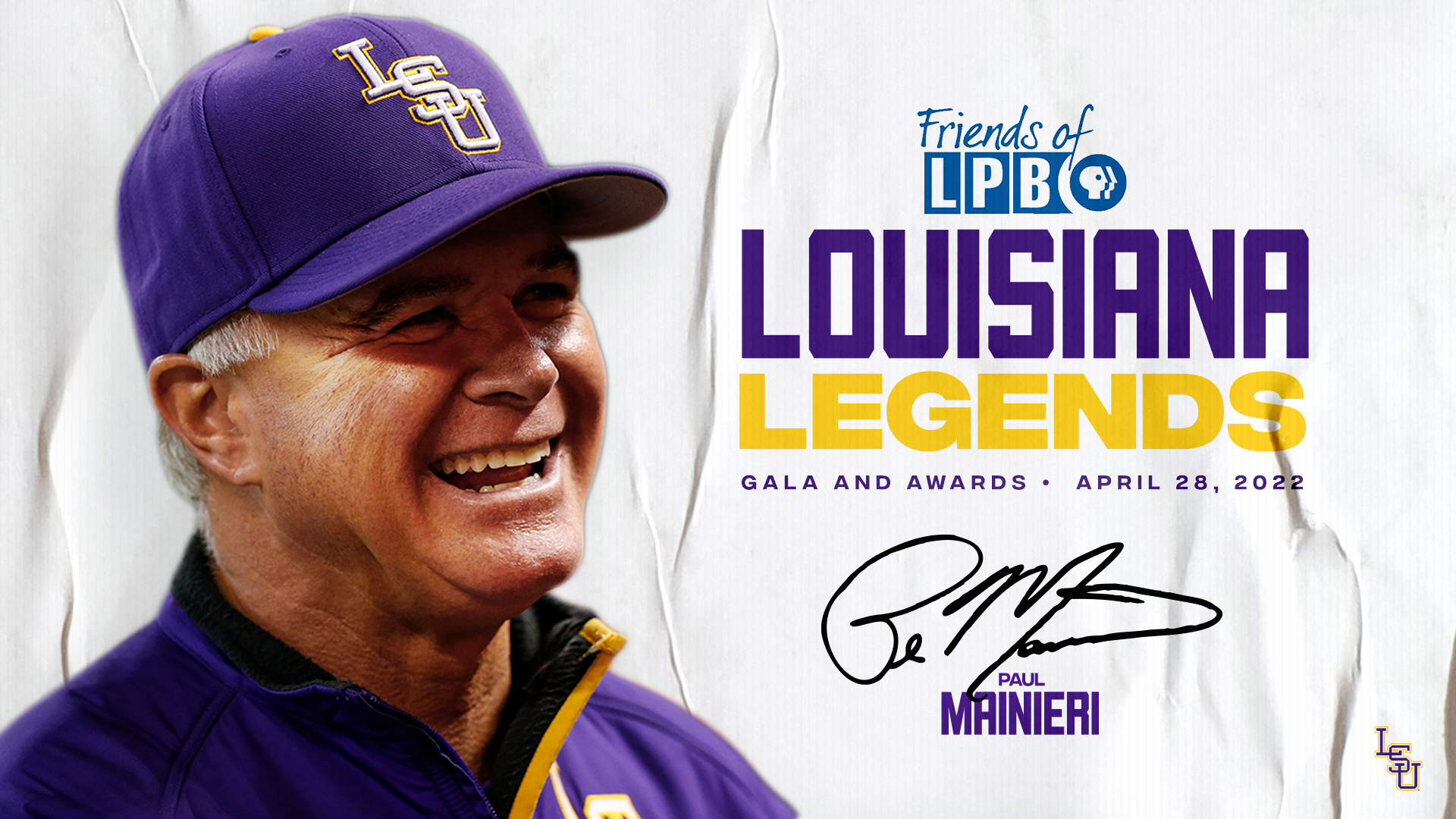 The event will be held at the Old State Capitol in downtown Baton Rouge, and it will be televised live on LPB affiliates throughout the state beginning at 8:30 p.m. CT.

For more than 30 years, Friends of Louisiana Public Broadcasting have honored Louisiana’s best and brightest with the Louisiana Legends Awards Gala and Auction. The 2022 honorees have distinguished themselves in fields as diverse as philanthropy, the sciences, sports, environmental conservation and the humanities.

Mainieri completed his career No. 7 among NCAA Baseball Division I coaches in wins, and he is one of only five coaches in NCAA Division I Baseball history to earn 1,500 victories and a national championship. He was inducted in 2014 into the American Baseball Coaches Association Hall of Fame.

Along with Mainieri, the 2022 Class of Louisiana Legends includes:

• Dr. Saundra McGuire – Director Emerita of the Center for Academic Success and retired Assistant Vice Chancellor and Professor of Chemistry at LSU; recipient of the Presidential Award for Excellence in Science, Mathematics, and Engineering Mentoring

Mainieri will join a prestigious list of LSU student-athletes and coaches who have been honored in prior years as Friends of LPB Louisiana Legends, including: