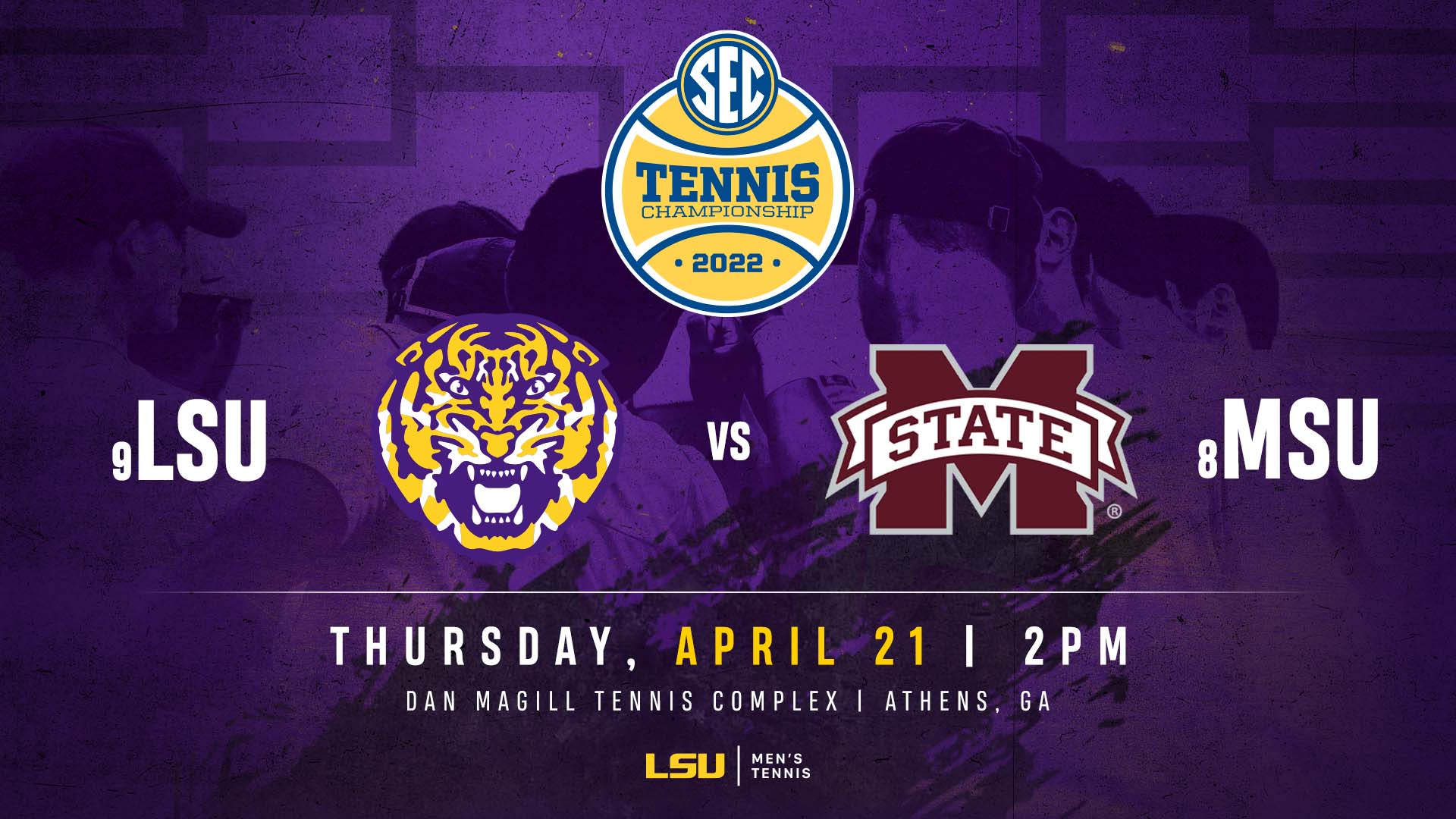 ATHENS, GA—The LSU men’s tennis team resets the season as they head to Athens, Georgia for the 2022 SEC Tournament when they’ll take on 8-seed Mississippi State on Thursday, April 21, at 2:00 p.m. at the Dan McGill Tennis Complex.

LSU and Mississippi State met earlier this season in March in Baton Rouge when the Bulldogs defeated LSU, 4-3. The Tigers have dropped six straight matches to the Bulldogs, the last win coming in 2016.

In the ITA ranks, Mississippi State as a team comes in at No. 34. They hold two in the ITA singles ranks with No. 22 Florian Broska and No. 68 Nemanja Malesevic. In doubles, they have Florian Broska/Gregor Ramskogler sitting at No. 41.

The Bulldogs sit at 14-11 overall with a 4-8 record in SEC play. They’re 2-3 in April with losses to Ole Miss, Arkansas, and Kentucky. They have victories over Auburn and Vanderbilt.

The winner of LSU and Mississippi State will get a date with the SEC regular-season champion in Florida on Friday at 2 p.m.