Tigers Ready to Tee Off at SEC Tournament 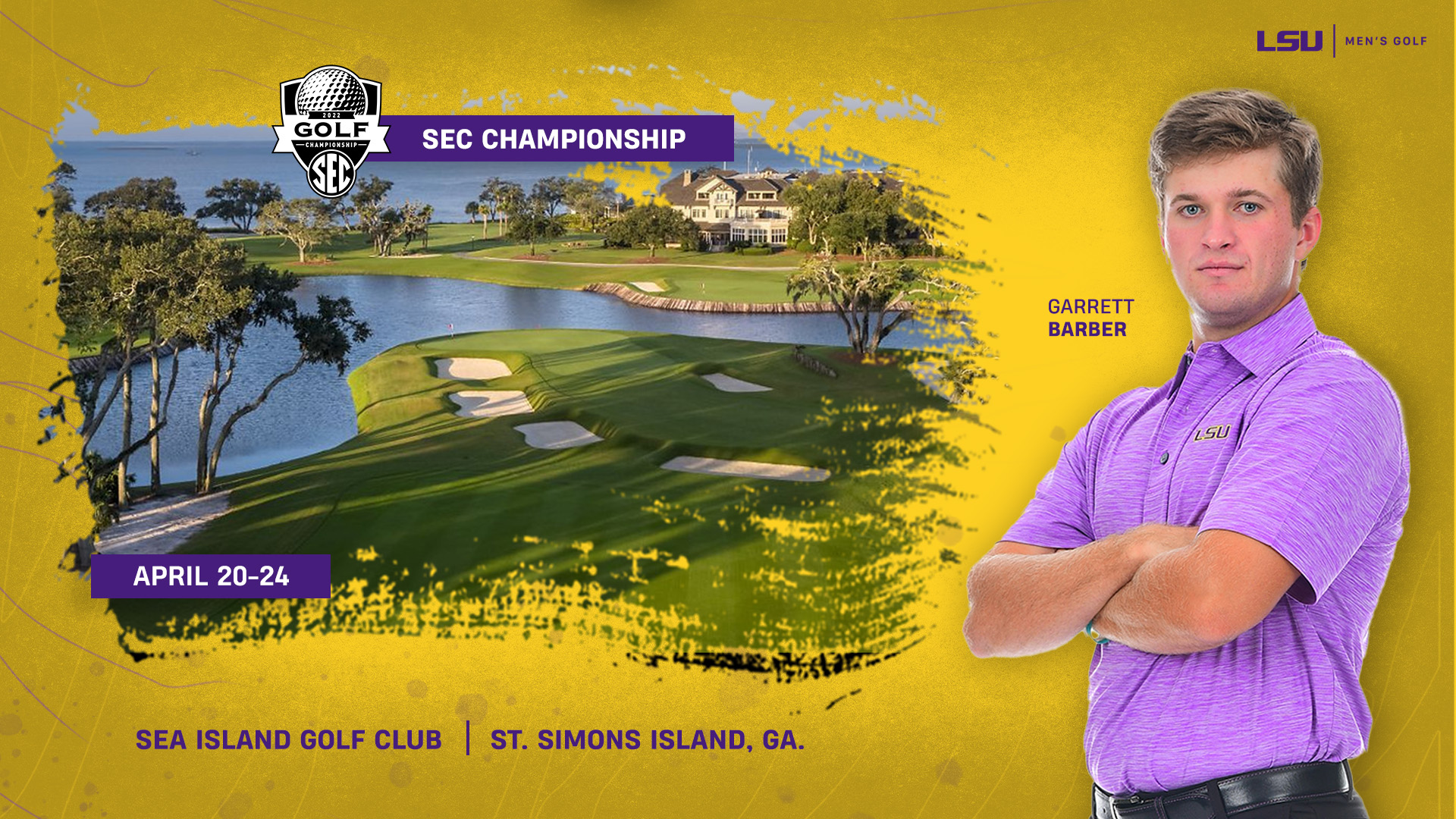 St. Simons Island, Ga. – The No. 25 LSU men’s golf team will kickoff the 2022 postseason when they participate in the SEC Tournament beginning at 8:20 a.m. CT on Wednesday morning.

Three rounds of stroke play start on Wednesday morning, with one round of 18 holes scheduled to be played on Wednesday, Thursday, and Friday before the top eight teams move into the quarterfinal round that will begin on Saturday morning. LSU will tee off in the first round from the 10th hole at 8:20 a.m. CT alongside Alabama and Missouri. Play will take place at the par 70, 7,005-yard Sea Island Golf Club for the 12th consecutive SEC Tournament.

The SEC Tournament is among the most competitive conference tournaments in the NCAA, with 10 of the 14 participating teams currently ranked in Golfstat’s Top 25 rankings, headlined by teams such as No. 3 Vanderbilt and No. 10 Arkansas.

The Tigers traveled six players to the SEC Tournament, with the starting lineup set to be decided later Tuesday evening. Nicholas Arcement, Garrett Barber, Drew Doyle, Michael Sanders, Cohen Trolio, and Trey Winstead all made the trip and will be in the mix for the starting lineup.

This season marks the first time since the 2016-17 that LSU has had at least three golfers earn medalist honors in the regular season. Sanders started the year with a share of medalist honors at the Turning Stone Invitational with a 9-under 207 performance. Arcement grabbed the second of the year and first of the spring at the Lamkin Grips San Diego Classic with a 13-under 203 while Doyle grabbed the most recent one with a 6-under 210 card at The Hayt.

LSU at the SEC Tournament
LSU has won 16 SEC titles to rank as the second-winningest program in conference history behind Georgia (29). The last SEC triumph for LSU came in 2015 under head coach Chuck Winstead with a three-round total of 13-under 827 at Seaside. LSU has had 13 men win SEC individual titles; Fred Haas Jr. was the first to do so back in 1937 and the last to do it was David Toms in 1987.

Schedule and Coverage
Play will begin each day at 8 a.m. CT for Wednesday, Thursday, and Friday’s stroke play. The top eight teams advance to match play which will begin on Saturday morning at 6:30 a.m. CT. The winners of the quarterfinal matches will turn around and play the semifinals at 12 p.m. CT. Sunday’s championship match is scheduled to begin at 7 a.m. CT.