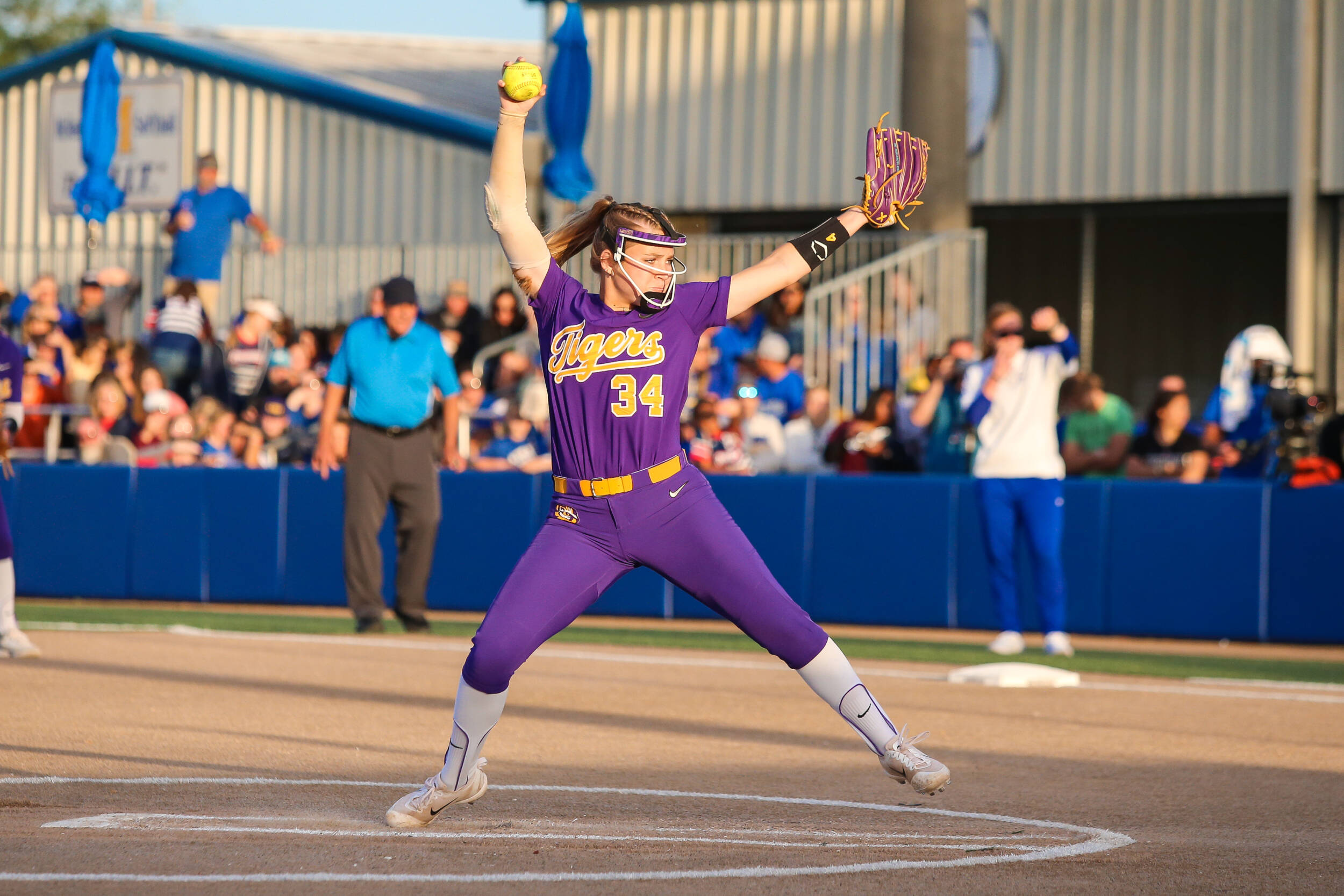 LAKE CHARLES, La. – No. 21 LSU (28-16) cruised to a 7-1 victory over McNeese State (26-17) Tuesday night at Cowgirl Diamond. LSU used a four-run fifth inning to extend its lead late and increase its winning streak to four games as they head back into SEC play.

Sophomore Taylor Pleasants led the LSU offense with a 3-for-4 performance highlighted by two home runs that drove in four RBIs. Six other Tigers produced a hit on the day, including senior Shelbi Sunseri, and sophomore Ali Newland who each had an RBI in the win.

Freshman Raelin Chaffin improved to 6-2 in the circle after throwing 5.2 innings where she struck out two batters and gave up five hits and one run. Junior Shelby Wickersham started the game and threw 1.1 innings with one strikeout and allowed two hits and one walk.

The Tigers started hot with two runs off three hits, including Newland’s RBI single to cap the first inning. After three scoreless frames, Junior Savannah Stewart led off the fifth with a double and sophomore Ciara Briggs followed with a single to put runners on the corners. Pleasants crushed a 2-2 pitch for a three-run homer to right field, and Sunseri followed with an RBI double to bring the score to 6-0 after five innings of play.

McNeese got on the board with a leadoff home run in the sixth stanza, but Pleasants struck again with a solo shot to left field in the seventh for the final run of the game.