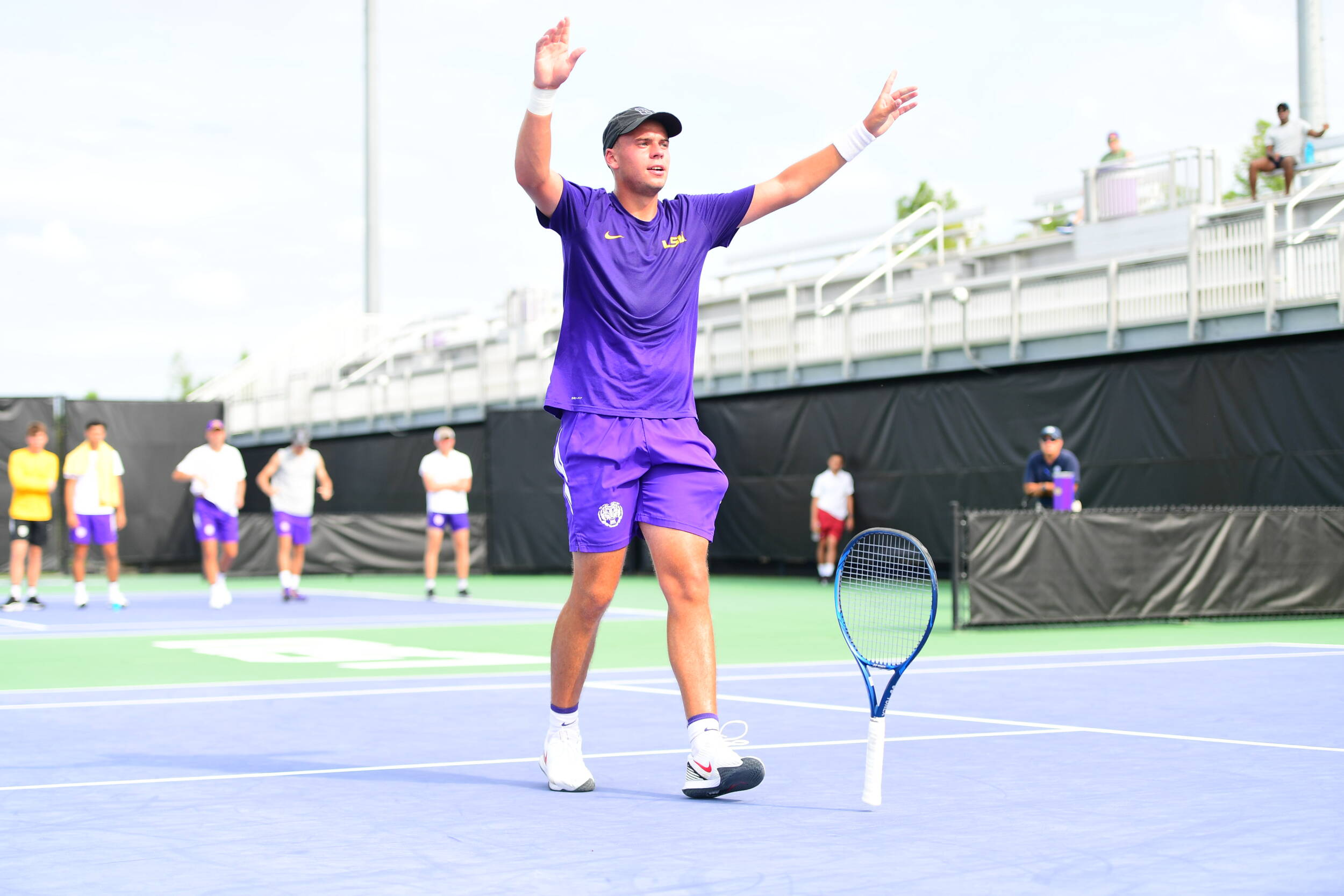 Doubles gave fans an early indication of what to expect from two evenly rated teams. For the second straight match, the doubles point would be decided by a tightly contested tiebreak. Gabriel Diaz Freire and Kent Hunter got the scoring started off with a 6-2 victory on court three. After Vlad Lobak and Ronald Hohmann fell on court one, all eyes went to court five, as Ben Koch and Nick Watson would have to mount a comeback to win the doubles point. Koch and Watson would find themselves down, 3-5, but rung off two straight games to tie the match up at 5. Both duos secured a game as we headed to a tiebreak. Koch and the senior Watson willed their way to victory, winning 8-6 in the tiebreak and securing the doubles point for LSU.

Arkansas tied the match back up at one apiece as Melvin Manuel defeated Joao Graca, 6-0, 6-3. Kent Hunter would give LSU the lead after a straight-set, 6-2, 6-2, victory over Oscar Pinto Sansano. Senior Boris Kozlov picked up his first ranked victory of the season after taking down No. 96 Aleksa Bucan, 6-4, 6-4. Courts one, two, and four would head to third sets as Arkansas battled back. The Razorbacks tied it up after No. 58 Alex Reco defeated No. 40 Ronald Hohmann, 6-3, 3-6, 6-3, and Adrien Burdet defeated Diaz Freire, 6-4, 2-6, 6-4.

The match would come down to the fight on court two between LSU senior Vlad Lobak and Arkansas’s Nico Rousset. Lobak won the first set, 6-4, and Rousset won the second set, 2-6. With the third set tied at 4 games apiece, Lobak turned it up, firing off two game victories and clinching the match on his senior day, 6-4, 2-6, 6-4.

Next Up
LSU will head to Athens, Georgia, for the SEC Tournament as a #9 seed. The Tigers will face 8-seeded Mississippi State on Thursday, April 21 at 2:00 p.m.