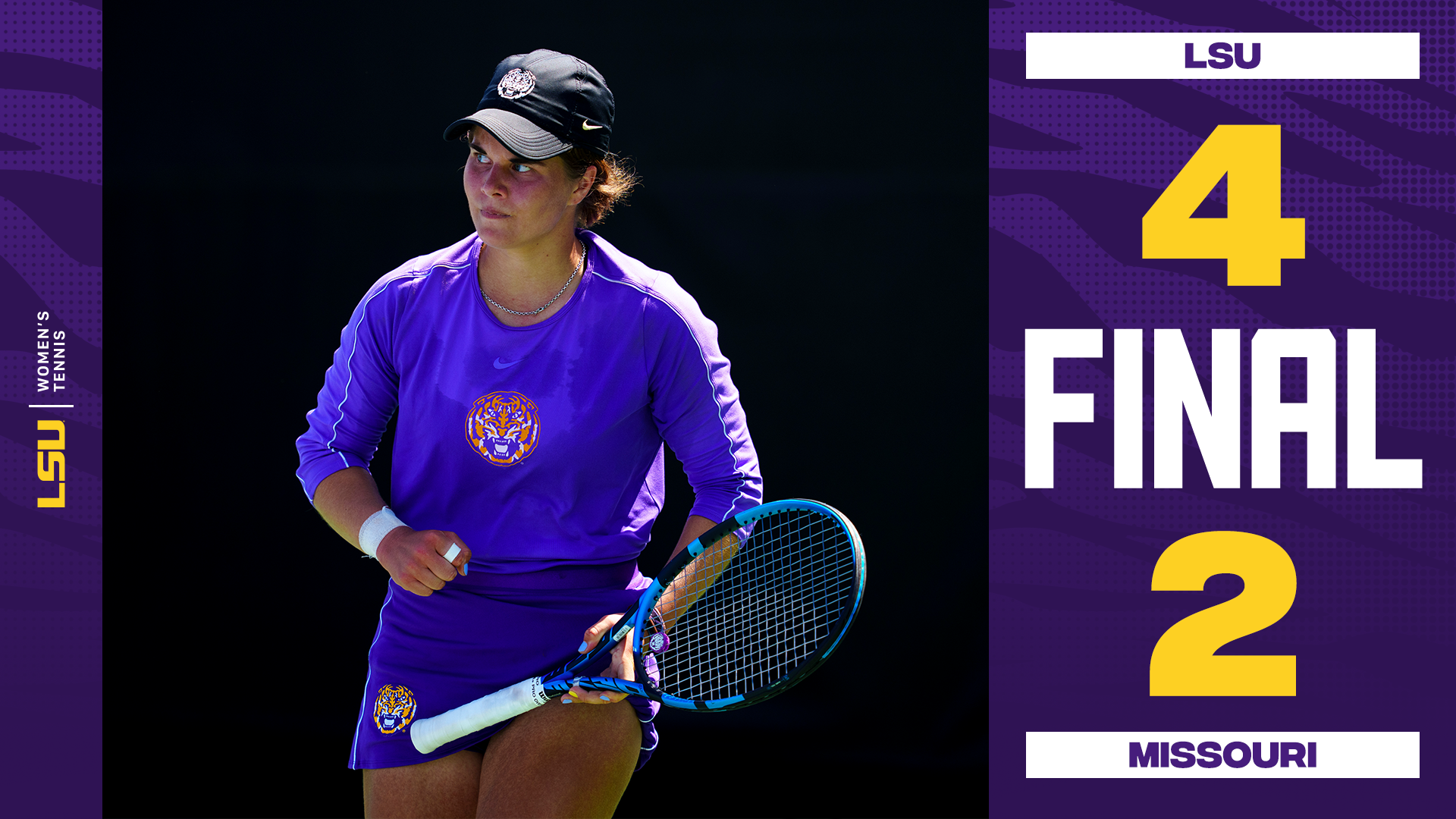 Selling Points
“Phenomenal fight and effort to earn a tough road win on the host’s senior day,” co-head coach Michael Sell said. “Very proud of the way Ena (Babic) played and Nina’s (Geissler) comeback in singles was impressive. We started off with tremendous momentum in doubles and having Mia (Rabinowitz) and Rania (Azziz) anchor the team in singles today was very comforting. This was a total team effort and gives us momentum heading into our last SEC match on Sunday.”

Doubles Results
Taylor Bridges and Safiya Carrington took an early lead and only dropped one game enroute to a 6-1 win over Bronte Murgett and Gabriela Martinez at the No. 1 doubles spot.

The doubles point was clinched at the No. 2, where Rania Azziz and Ena Babic recovered from a slow start to come from behind and claim a 6-4 win at the No. 2 spot over Elys Ventura and Emelie Schwarte.

Singles Results
Missouri struck first and grabbed the first singles point of the afternoon after Murgett defeated doubles foe No. 83 Carrington by a score of 6-1, 6-2, at the No. 1 singles court.

LSU regained the lead after Babic put in a dominate display at the No. 3 spot. Babic only dropped two games per set to win by a score of 6-2, 6-2, and give the Bayou Bengals a 2-1 lead.

It became all even at 2-2 after Schwarte defeated Bridges in three sets. Schwarte claimed the first set by a score of 6-2 before Bridges equalized with a gritty 7-5 second set win to force a decisive third. Schwarte recovered from her second set defeat to blank Bridges by a score of 6-0 in the third to claim victory.

At the No. 2, Nina Geissler defeated Ellie Wright in three sets. Wright pulled a come-from-behind win in the first set to win 7-5 before Geissler recovered in the second and won 6-3. The decisive third set saw Geissler take an early lead and held control the rest of the way as she won 6-3 and made it 3-2 to LSU on the afternoon.

LSU clinched the match at the No. 5 when Mia Rabinowitz won in straight sets over Martinez. Courts five and six started later in the match as Missouri only had four indoor courts, so Rabinowitz went on after the match at court one ended. Rabinowitz claimed a strong 6-2 win in the first set before only dropping one game in the second to win 6-1 and give LSU its second road win of the season.

Up Next
The final match of the regular season will pit LSU against Arkansas at noon CT on Sunday afternoon in Fayetteville.