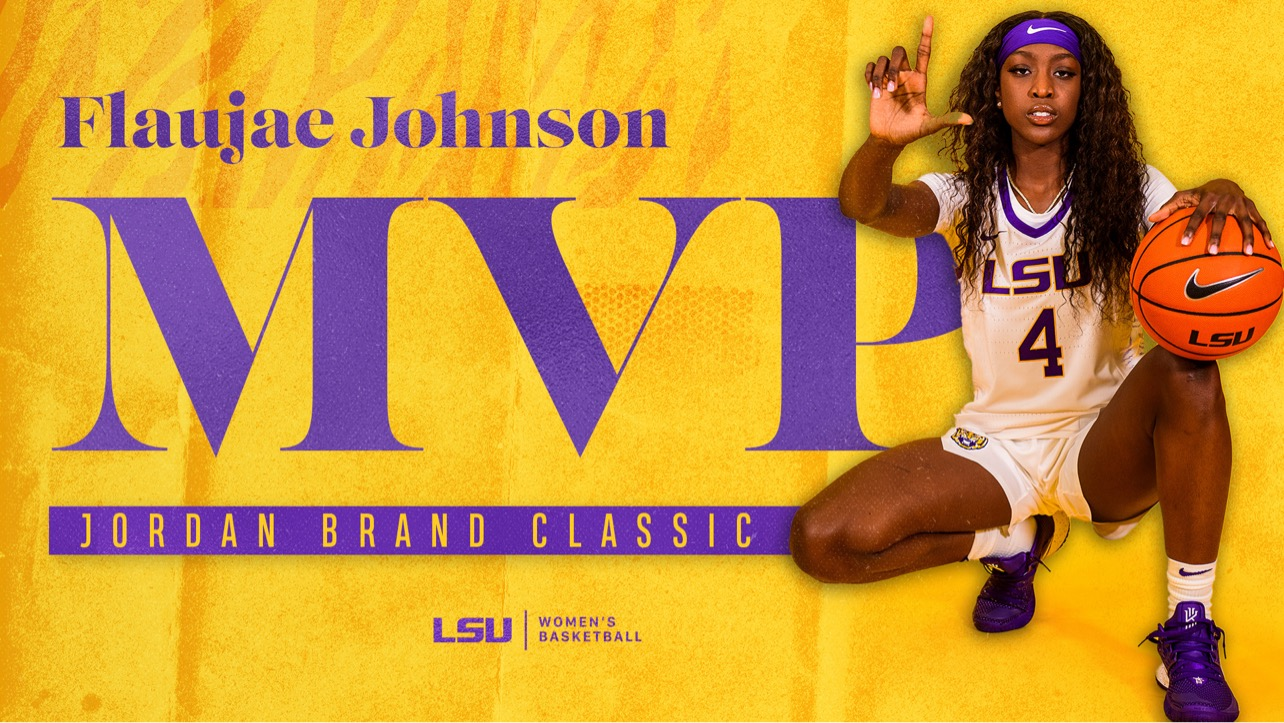 CHICAGO – Flaujae Johnson showed off her explosive offense Friday night and put up 27 points to earn MVP honors at the Jordan Brand Classic in Chicago.

“In the moments when the lights come on, I love that,” Johnson said after the game. “In those moments, that’s where you show who you are.”

Playing with and against some of the top prep players in the country, Johnson showcased her playmaking and scoring abilities throughout the game, especially down the stretch. With the teams playing first to 93, Johnson gave Team Air a three-point, 86-83, lead after driving down the left side of the paint and hitting a runner with multiple defenders in her face. Holding an 88-85 lead, Johnson pulled up from three on the right wing and knocked down the shot to give Team Air a six-point advantage. Team Air closed the game with a 93-85 win.

Ranked as the No. 26 player and No. 6 guard in the country by ESPN Hoopgurlz, Flaujae is an offensive weapon that can score the ball with the ability to create for herself and hit pull-up jumpers. She also has excelled defensively, showing the ability to pressure the ball and cause disruption in the passing lanes.