Track & Field Splits For Only Road Weekend In Month Of April 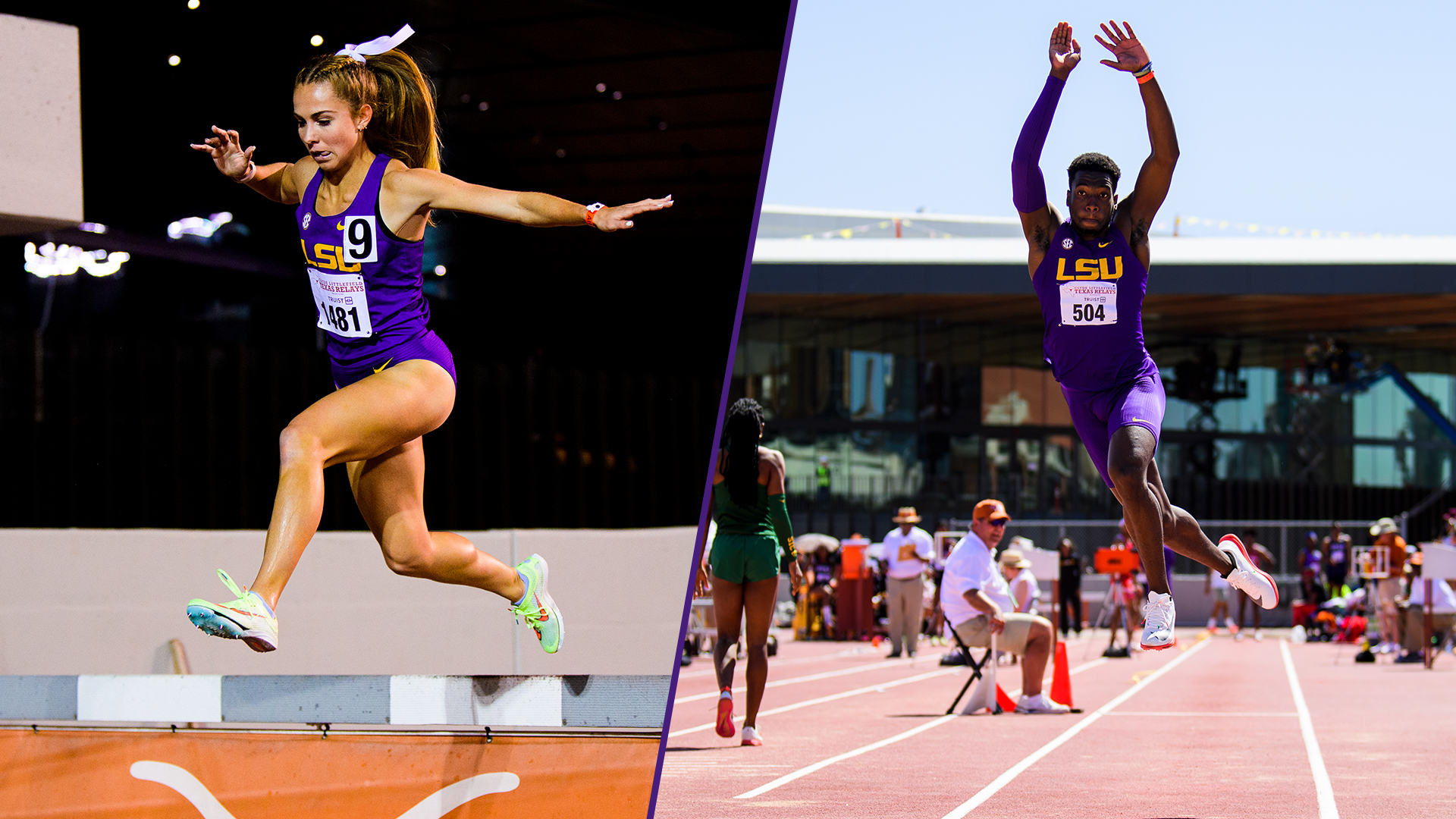 Baton Rouge, La. –  The LSU track and field team will compete at three separate meets this weekend. A majority of the roster will travel to Gainesville, Fla., for the Tom Jones Memorial with competition taking place Friday and Saturday. A group of 10 distance runners will be out in California competing at the Mt. SAC Relays and Brian Clay Invitational on Thursday and Friday.

Thirty-seven (17 women, 20 men) Tigers made the trip east on Thursday to Gainesville ahead of the competition starting on Friday. A lighter first day of action will take place Friday before Saturday will be loaded with plenty of performers. The Tigers will be competing against nationally ranked foes such as Florida, North Carolina A&T, Texas A&M, Texas Tech, Clemson, and Florida State. Saturday’s action will be streamed on SEC Network+ beginning at 12 p.m. CT.

Friday’s action will be highlighted for the Tigers by Favour Ofili (200 meters) and John Meyer (shot put). Ofili will be making her 2022 outdoor debut in the 200 meters; she finished second at the NCAA Indoor Championships in the event. She owns a personal best in the event of 22.23 that she ran during the summer of 2021 at the U20 World Championships to earn bronze; it’s the Nigerian U20 national record. Meyer will compete for the second straight week in the shot put; he made his LSU outdoor debut last week and is already in the No. 2 spot on the all-time LSU list after heaving the shot put 65’ 2.25” (19.87 meters).

Alia Armstrong (12.33w) and Eric Edwards Jr. (13.24w), both the current NCAA leaders in the 100 and 110 meter hurdles, will make their return to the hurdles for the first time since late March in Texas. They both won event titles at the Texas Relays, and Armstrong’s readout of 12.33 with a helping wind of 2.5 meters per second made her the fastest collegian ever in the event under all conditions; it also earned her USTFCCCA National Athlete of the Week honors.

The high jumping trio of Abigail O’Donoghue, Nyagoa Bayak, and Morgan Smalls will look to continue building momentum in the high jump; all three cleared season best bars of 6’ (1.83 meters) at last week’s Joe May Invitational to rank tied for 10th nationally.

Sean Dixon-Bodie, the No. 3 ranked triple jumper in the NCAA, will compete for the first time in three weeks. He opened his season at the Texas Relays with a mark of 53’ 0.25” (16.16 meters).

Amber Anning and Sean Burrell will give it a go in the 400 meter dash on Saturday as well. Anning’s season best time of 52.08 seconds ranks as the seventh fastest in the NCAA this season. LSU freshman Godson Oghenebrume will run the 100 meter dash for the second straight meet; he opened up his LSU outdoor individual career in the event with a time of 10.22 to finish fourth last week. A full competition guide can be viewed above.

These two meets basically coincide with one another and LSU will have distance runners in action at both meets. The Mt. SAC Relays take place in Walnut, Calif., at Hilmer Lodge Stadium, while competition at the Brian Clay Invitational takes place in Azusa, Calif., at Cougar Stadium.

LSU actually has runners in competition Thursday afternoon and evening at both meets. At the Bryan Clay Invitational, Katy-Ann McDonald, Michaela Rose, and Eric Coston will look to throw down fast times in the 800 meter run. McDonald (heat 1) and Rose (heat 2) will feature in the women’s section at 4:55 p.m. CT, while Coston will compete at 6:10 p.m. CT in heat seven. Jackson Martingayle (8:14 p.m. CT) and Doria Martingayle (8:30 p.m. CT) will also be in action in the 5,000 meter run.