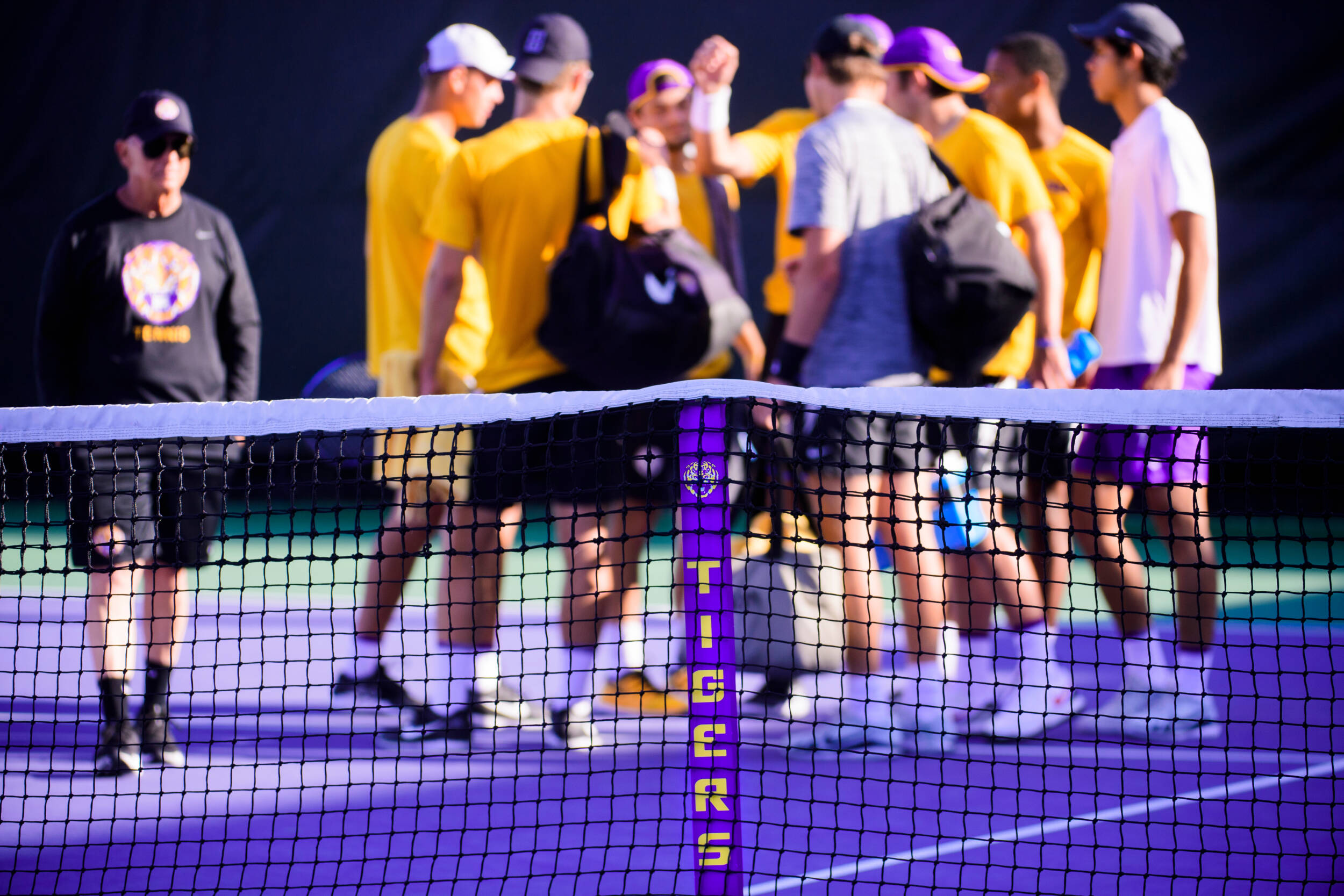 In the latest ITA rankings, LSU sits at No. 41 in the team ranks. Ronald Hohmann represents LSU in the ITA singles rankings at No. 40.

The Kentucky Wildcats are a top-ten team with an 8-2 record in conference play. The Wildcats are currently on a 2 game win streak entering the match Friday. Kentucky is also home to the No. 13 singles player in the nation, Gabriel Diallo, who holds a 26-5 record. Diallo is one of four Wildcats ranked, joining No. 21 Liam Draxl, No. 69 Millen Hurrion, and No. 117 Joshua Lapadat. The Wildcats also have two ranked duos in No. 48 Draxl / Hurrion and No. 87 Diallo/Lapadat. Overall, Kentucky holds a .739 winning percentage.

The Razorbacks sit at No. 44 in the ITA rankings and have two in the singles ranks with No. 58 Alexandre Reco and No. 96 Aleksa Bucan. They have a 14-11 record overall with a 3-7 record in SEC play. Arkansas is coming into this weekend on a four-match win streak with wins over Alabama, Mississippi State, and two over Saint Louis.