Aifuwa Selected by Aces Tigers in the WNBA Draft +0 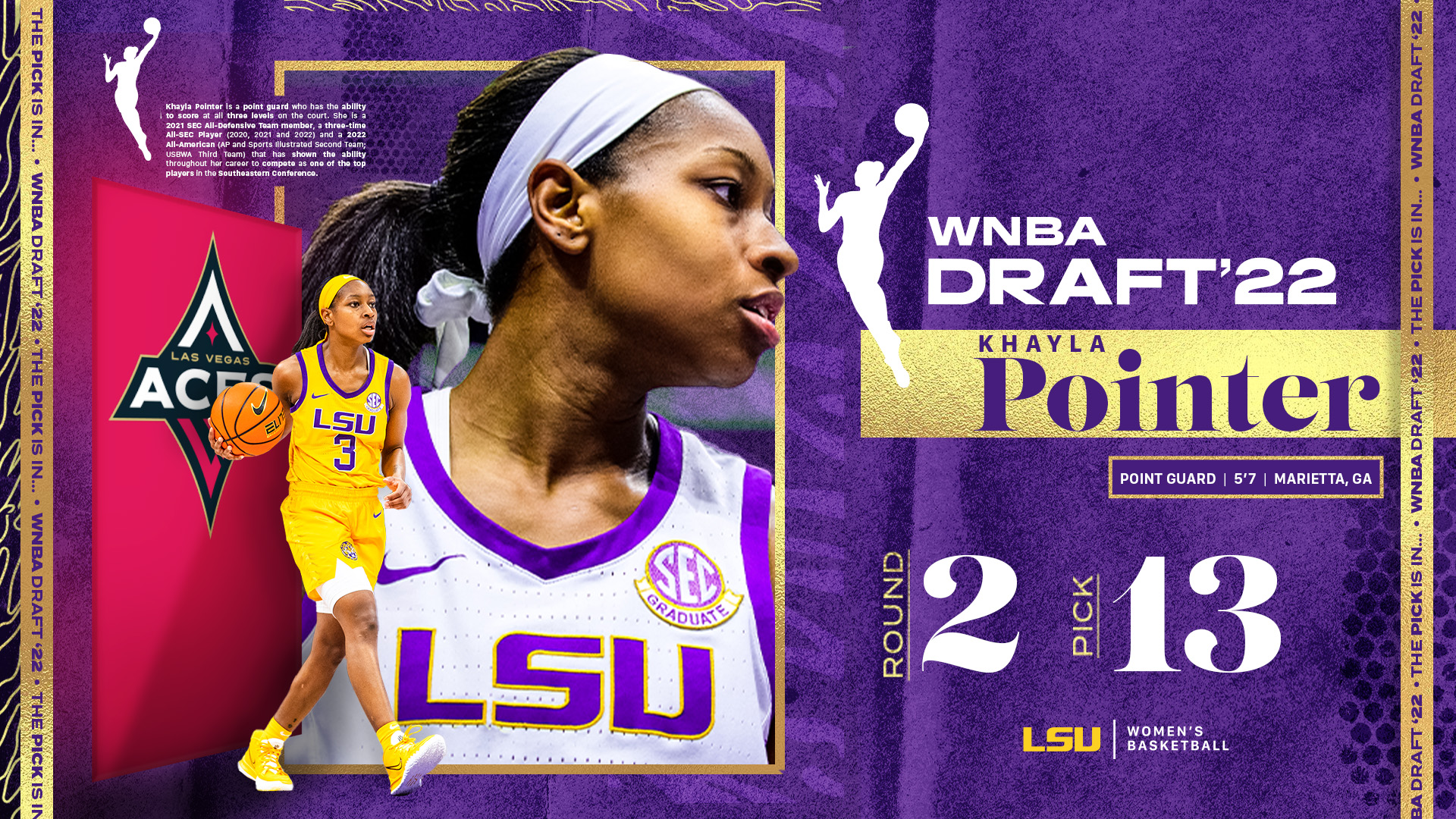 BATON ROUGE – LSU’s Khayla Pointer was the first pick of the second round by the Las Vegas Aces during Monday’s WNBA Draft.

Pointer becomes the 19th LSU player drafted into the WNBA and the first draft selection under Coach Kim Mulkey as LSU’s coach.

Pointer will join a Vegas team that signed former LSU star Theresa Plaisance during the offseason.

Pointer had the best season of her career in her final year as a Tiger, playing as one of the top guards across America. Along with being a top-five finalist for the Nancy Lieberman Point Guard Award, Pointer earned spots on the Naismith Trophy Watchlist, the Wooden Award National Ballot, the Wade Trophy Watchlist, and the Dawn Staley Award Watchlist. She has already been named to multiple All-America teams (AP and Sports Illustrated Second Team; USBWA Third Team).

Starting all 32 games for the Tigers, Pointer showed great durability. She led the SEC in minutes played, averaging 37.0 minutes per game. She played every second of 13 games for the Tigers, including all 45 minutes of LSU’s overtime victory against Missouri when she sent the PMAC into a frenzy with the game-winning layup with 5.7 second remaining in OT.

Aside from the Missouri game, Pointer came up big late in numerous other games. She hit two threes late in the Dec. 30 game at Georgia to help the Tigers open SEC play with a victory. In LSU’s NCAA Tournament victory in the first-round over Jackson State, Pointer helped the Tigers erase a 10point deficit with 4:54 to play. In the final four minutes, Pointer led LSU’s comeback with 8 points, 4 rebounds, 2 assists and 2 steals. She hit the game-winning three with 49 seconds remaining to give LSU the lead for good. Pointer finished that game with 25 points, 9 rebounds, 8 assists and four steals, becoming the first player over the past 20 years to have at least 25 points, 8 rebounds, 8 assists and 4 steal in the men’s or women’s NCAA Tournament.