Tennis Tigers on the Road for Two Top-10 Matchups 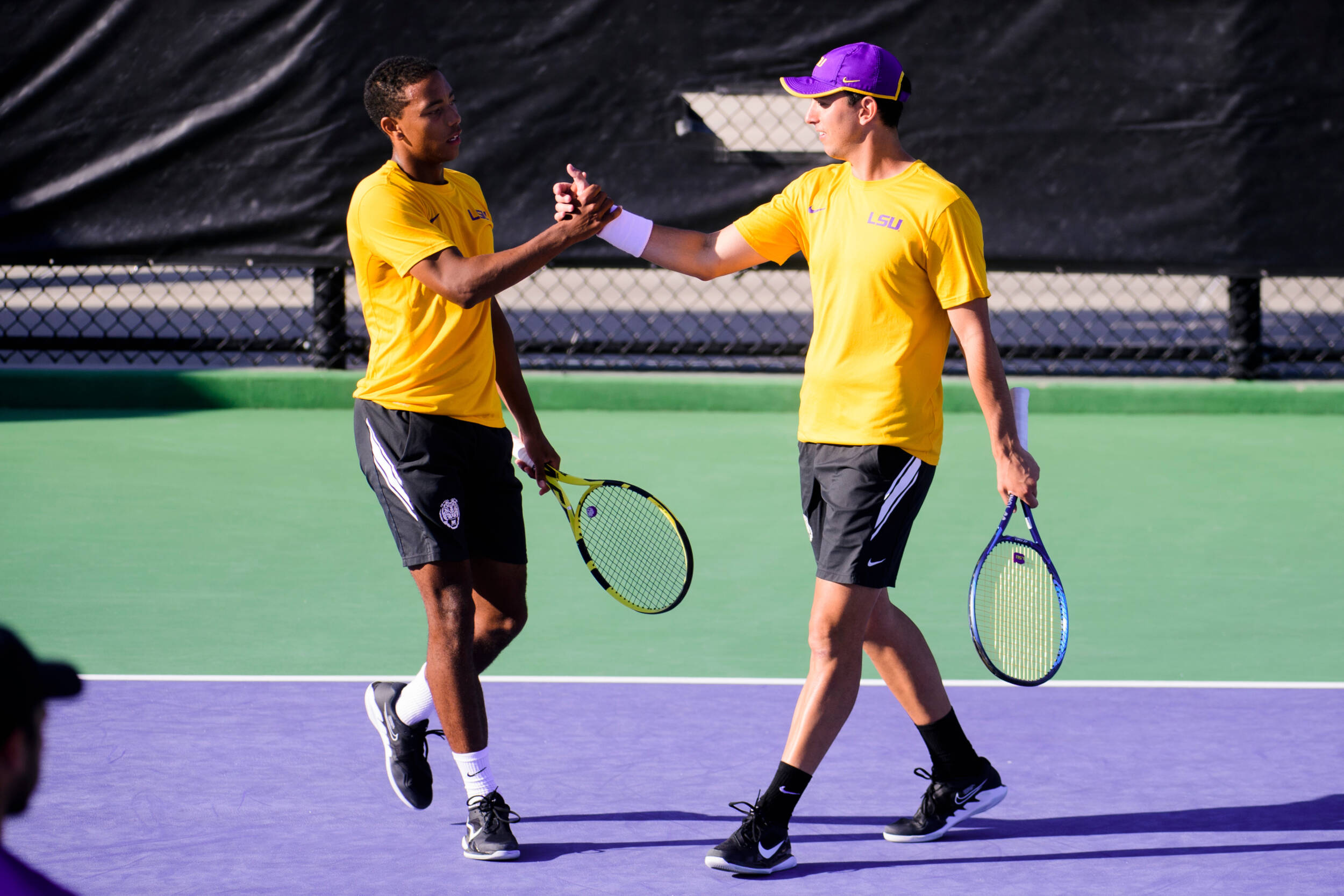 In the latest ITA rankings, LSU cracked the 30s, sitting at No. 38 in the team ranks. Ronald Hohmann represents the lone LSU player in the ITA individual ranks at No. 23.

The Florida Gators are the top-ranked team in the nation with an undefeated 7-0 record in conference play. Florida is also home to the No. 1 singles player in the nation, Ben Shelton, who holds a 24-3 record with a 16-2 record against ranked opponents. Shelton is one of six Gators ranked, joining No. 26 Sam Riffice, No. 93 Andres Andrade, No. 93 Duarte Vale, No. 120 Joshua Gooder, and No. 121 Mattias Siimar. As expected, the Gators have three ranked duos in No. 11 Riffice/Shelton, No. 27 Andrade/Siimar, and No. 47 Abedallah Shelbayh/Siimar. Overall, Florida holds a .778 winning percentage in singles and a .644 winning percentage in doubles.

The Bulldogs hold a 13-5 overall record and a 5-2 SEC record, well enough to put them at No. 9 in the ITA team ranks. Georiga has four ranked singles players in former Tulane star No. 17 Hamish Stewart, No. 32 Tristan McCormick, No. 76 Philip Henning, and No. 104 Trent Bryde. In doubles, they’re led by No. 26 Bryde/Henning, No. 53 Blake Croyder/Erik Grevelius, No. 65 McCormick/Stewart, and No. 73 Philip Henning/Hamish Stewart. The Bulldogs hold a .582 winning percentage in singles and a .630 winning percentage in doubles.