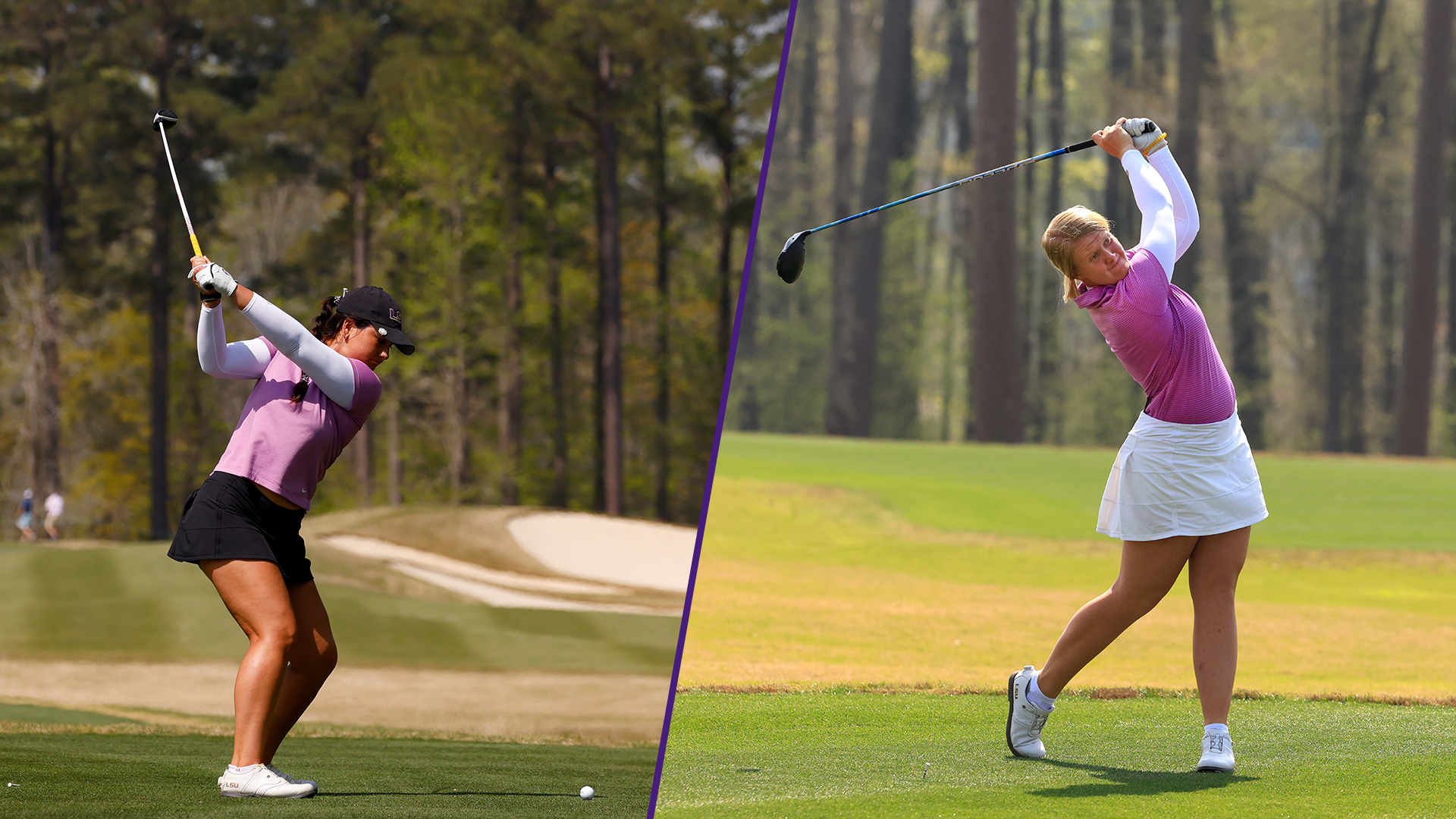 Augusta, Ga. – LSU women’s golfers Latanna Stone and Ingrid Lindblad both are in the top 15 of the standings at the Augusta National Women’s Amateur as play was suspended near the end of round two Thursday night at Champions Retreat. Stone is currently in a four-way tie for fourth at 1-over overall, while Lindblad is in a four-way tie for 14th at 3-over for the tournament.

Round two was set to begin Thursday morning but severe weather in the area prevented that. The second round began at 3 p.m. ET and nearly five hours of golf was played before action was suspended at 7:52 p.m. ET. Stone completed 15 holes in round two, and Lindblad will have six holes remaining her second round. Play will resume Friday morning at 7:30 a.m. ET at Champions Retreat.

The track proved tough on Thursday after the weather as only four scores from the day were under par when play was halted. Stone, who started on No. 10, featured steady play as she parred 14 of her 15 holes on the day; her lone hiccup came on the par 4 13th where she made a bogey five. Stone’s current round has improved her positioning by two spots from tied for sixth to tied for fourth, and she is just one stroke off the lead.

Lindblad is currently at 4-over for her round with eight pars and four bogeys on the round. Lindblad does have six holes to play remaining on Friday morning including two par 5s.

Beatrice Wallin, Amari Avery, and Hailey Borja are the co-leaders at even par for the tournament. Both Stone and Lindblad have put themselves in tremendous position to advance to Saturday’s third and final round which will be played at Augusta National. In order to advance to Saturday, Stone and Lindblad need to be in the top 30 in the field of 72 players. The projected cut line is at 4-over currently.

Regardless of finish, every golfer in the field will get to play a practice round at Augusta National on Friday following the conclusion of round two.

For the most up to date information, visit anwagolf.com.