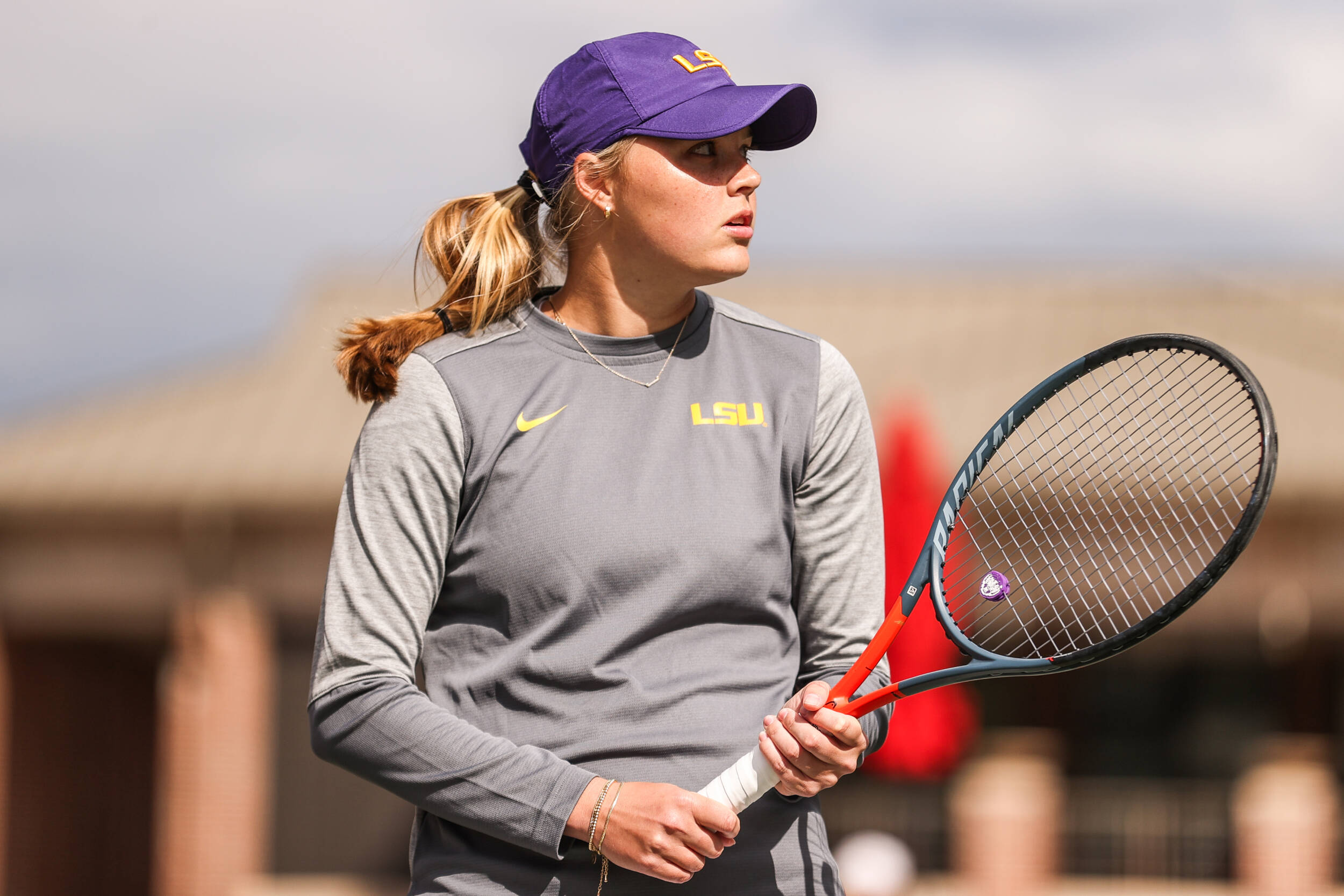 Selling Points
“We had an ideal start against a top team in the country on the road,” co-head coach Michael Sell said. “We had an extremely energetic doubles point and saw Nina (Geissler) and Mia (Rabinowitz) play their best doubles play all year, as well as a clutch clinch of the doubles point by Ena (Babic) and Maggie (Cubitt). This shows how far this entire team has come this spring and we’re continuing to get better and better.”

“We had a window in singles to earn more points. Safiya continued her strong form today and it was great to have Maggie back in the singles lineup for the first time in months. We’ll continue to improve and keep building as we want to maintain this level of tennis for Sunday (against Tennessee) to get revenge against a team that beat us earlier in the year.”

Doubles Results
Doubles play was a close contest on three courts as neither teams’ duos were able to pull ahead of the other. The Bulldogs struck first as the No. 12 duo of Morgan Coppoc and Ania Hertel edged Taylor Bridges and Safiya Carrington by a score of 6-4 at the No. 1 doubles spot.

The Tigers struck back at the No. 3 spot as Nina Geissler and Mia Rabinowitz grabbed a 6-4 win of their own as they defeated Guillermina Grant and Meg Kowalski.

LSU clinched the doubles point at the No. 2, where Ena Babic and Maggie Cubitt went the distance to pick up a 7-5 ranked win over the No. 47-ranked duo of Mell Reasco and Dasha Vidmanova to give LSU a 1-0 lead on the afternoon.

Georgia’s lead was extended to 3-1 with a win at the No. 6 after No. 117-ranked Hertel edged Rabinowitz in the first set, 6-4, before blanking her opponent in the second set 6-0 to secure a straight set win.

The match was clinched at 4-1 at the No. 2, where No. 21 Reasco bested Geissler. Reasco and Geissler played a tight first set that saw Reasco string together consecutive wins to grab a 7-5 win. The second set was a confident one from Reasco, who only dropped two games in a 6-2 win to give the host Bulldogs match victory.

Up Next
LSU concludes the weekend in Knoxville, Tennessee as they take on the Tennessee Lady Vols at 11 a.m. CT on Sunday morning.