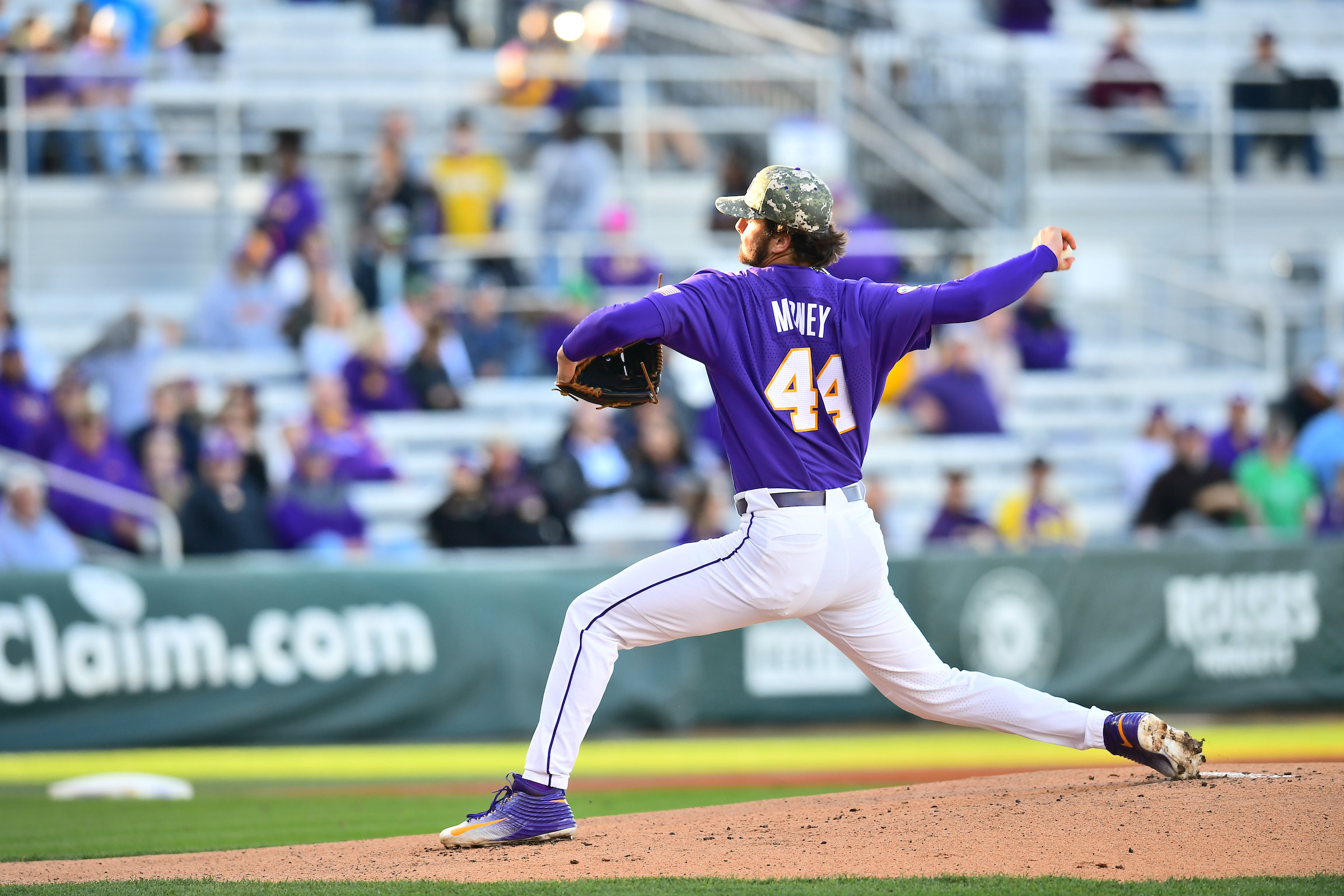 BATON ROUGE, La. – Texas A&M scored four runs in the top of the ninth inning to break a 7-7 tie Saturday night, as the Aggies posted an 11-7 win over LSU in Alex Box Stadium, Skip Bertman Field.

The teams meet in Game 3 of the series at 2 p.m. CT Sunday in a contest that will be televised on the SEC Network and may be heard on affiliates of the LSU Sports Radio Network.

A two-run single by LSU catcher Tyler McManus tied the game at 7-7 in the bottom of the eighth inning, but the Aggies struck for four runs in the ninth.

Texas A&M capitalized on an LSU error to score the first run of the ninth, and the Aggies added to their lead with an RBI single by shortstop Kole Kaler and a two-run double by catcher Troy Claunch.

“It’s frustrating,” said LSU coach Jay Johnson. “That’s two nights in a row we’ve tied the game in the bottom of the eighth inning, had the go-ahead run on second base and not get them in, and then proceed to give up runs in the ninth. There are so many things we can do better, which when you look at it from that perspective, makes it even more frustrating.

“We’ve got to get back to work, it’s a quick turnaround for a 2 p.m. game Sunday, and we need to have the best, competitive team out here ready to play.”

Texas A&M reliever Robert Hogan (1-1) was credited with the win, as he worked 1.1 scoreless innings with no hits, one walk and three strikeouts.

LSU reliever Devin Fontenot (1-1) was charged with the loss, as he allowed three runs – two earned – on two hits in 0.2 inning with one walk and one strikeout.

McManus was 2-for-4 at the plate for LSU with a homer and three RBI. Outfielder Giovanni DiGiacomo contributed a two-run homer – his third of the season – and centerfielder Dylan Crews added a solo blast, his fifth dinger of the year.