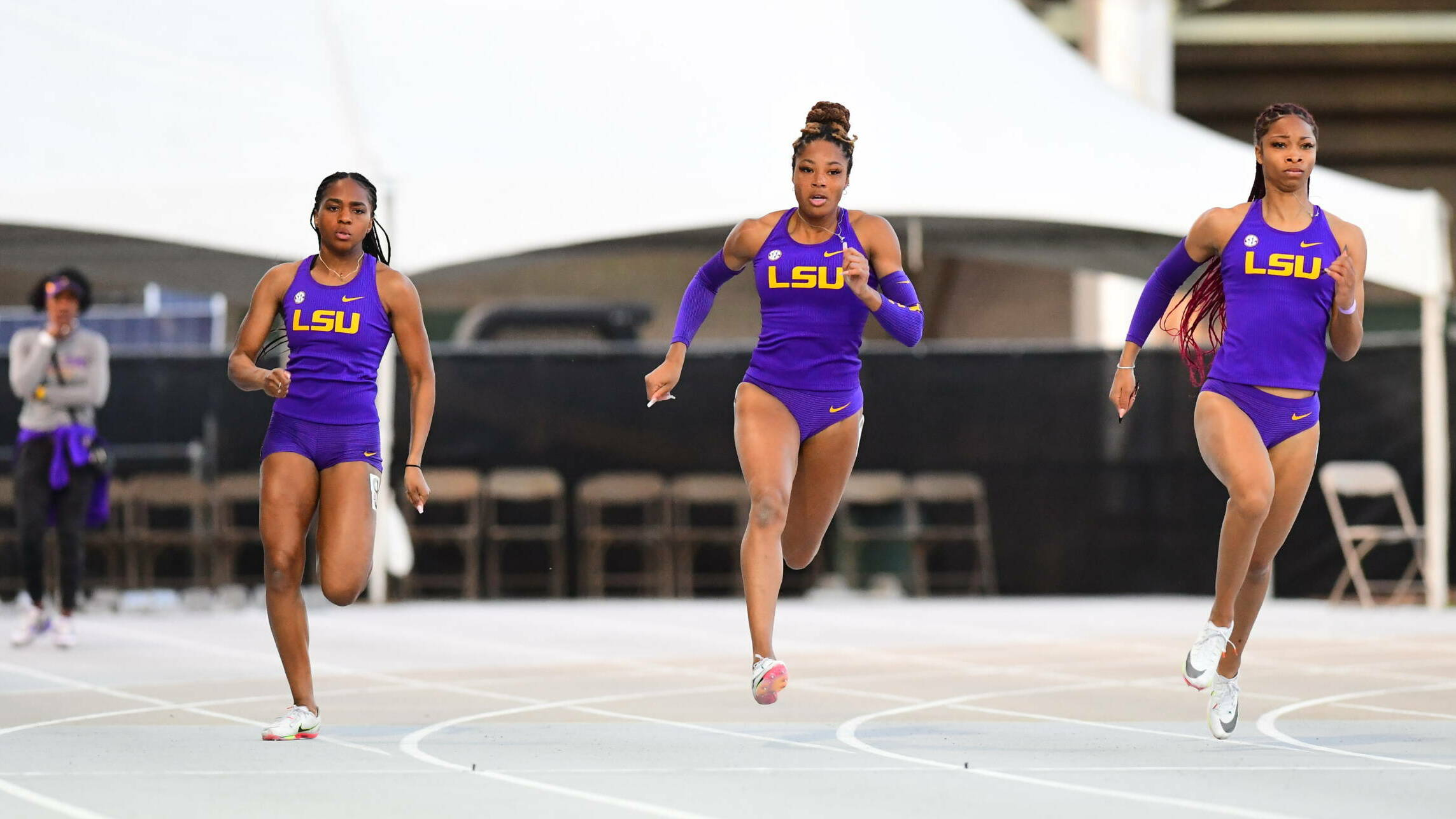 Tempe, Ariz. –  The LSU track and field team opened day one of the Baldy Castillo Invitational with six podium finishes and seven personal bests at the Sun Angel Stadium.

Jake Norris was the top collegiate finisher in his event with a hammer throw of 223’ 1” (68.00 meters); that mark earned him a second place finish overall behind professional Adam Keenan. The mark is an early outdoor NCAA lead for Norris.

In the women’s 200 meter dash, the LSU sprinters scooped up four of the top six spots. Leah Phillips (23.33) and Alia Armstrong (23.34) sprinted to a two-three finish with personal bests; Amber Anning (23.51) and Tionna Beard-Brown (23.66) finished in fourth and sixth place, respectively.

Amber Hart began the outdoor season with a bronze showing in the discus a throw of 168’ 8” (51.43 meters). The final two podium placings of the day came from steeplechasers Garrett Hamilton and Will Dart. Hamilton PR’d with a time of 9:12.74 for second, and Dart placed third with a readout of 9:13.02. Cade Martin notched a personal best with a time of 9:21.71 for fourth place.

Day two of the Baldy Castillo Invitational will commence on Saturday at 12:30 p.m. CT with Morgan Smalls, Serena Bolden, and Kyndal McKnight competing in the women’s long jump.