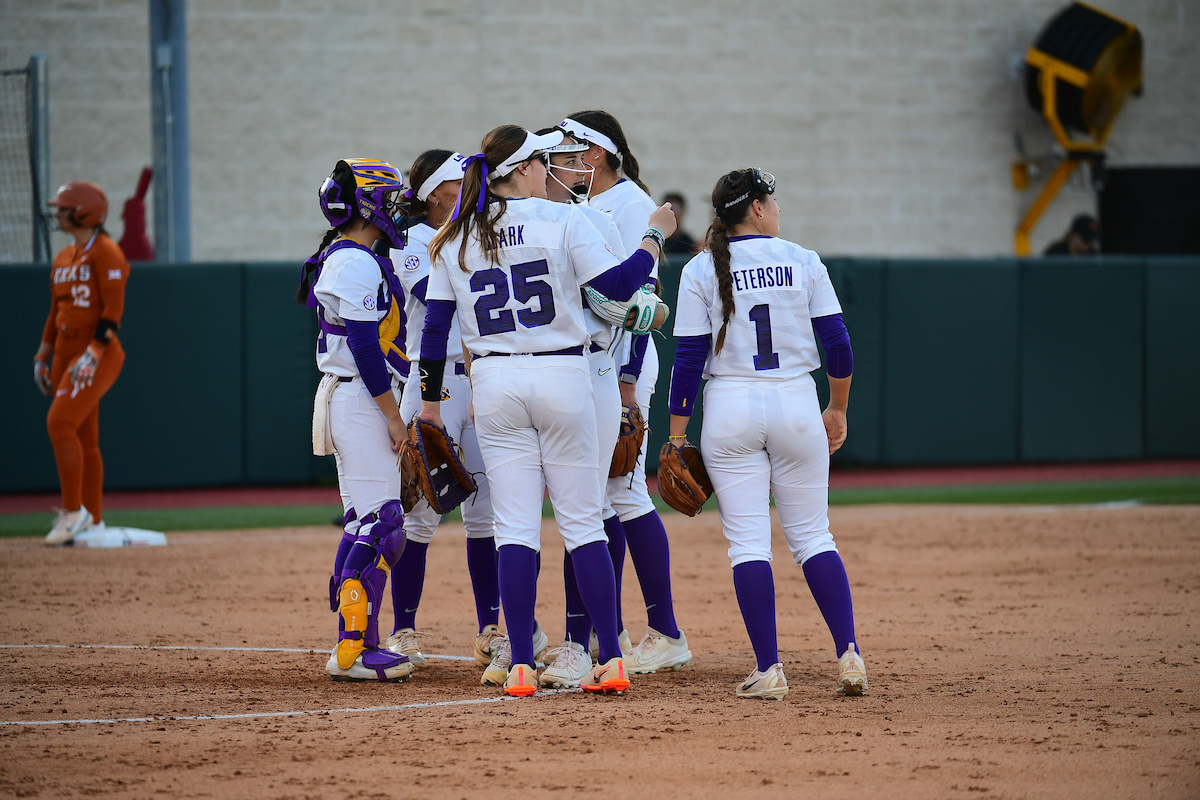 Senior Shelbi Sunseri extended her hitting streak to four games in her return and threw 4.0 innings where she gave up just one walk. Sophomore Ali Newland recorded the team’s only extra-base hit with a double in the second inning, and freshman Sydney Peterson recorded her fourth hit of the season to account for the Tigers three hits. Junior Ali Kilponen (9-4) got the start in the circle and threw 2.0 innings.

A two-out RBI single put Texas on the board in the second inning, and the Longhorns followed with a two-RBI double in the third.

The Tigers defense settled in by ending the fourth and fifth innings with double plays and sat the Horns first three batters down in the sixth stanza, but the visiting team mustard just one base runner in the final four innings themselves. Texas pitcher Estelle Czech (7-1) earned the complete-game shutout win with five strikeouts and one walk.

LSU and Texas will complete the three-game series tomorrow with a doubleheader at 2 and 4:30 p.m.