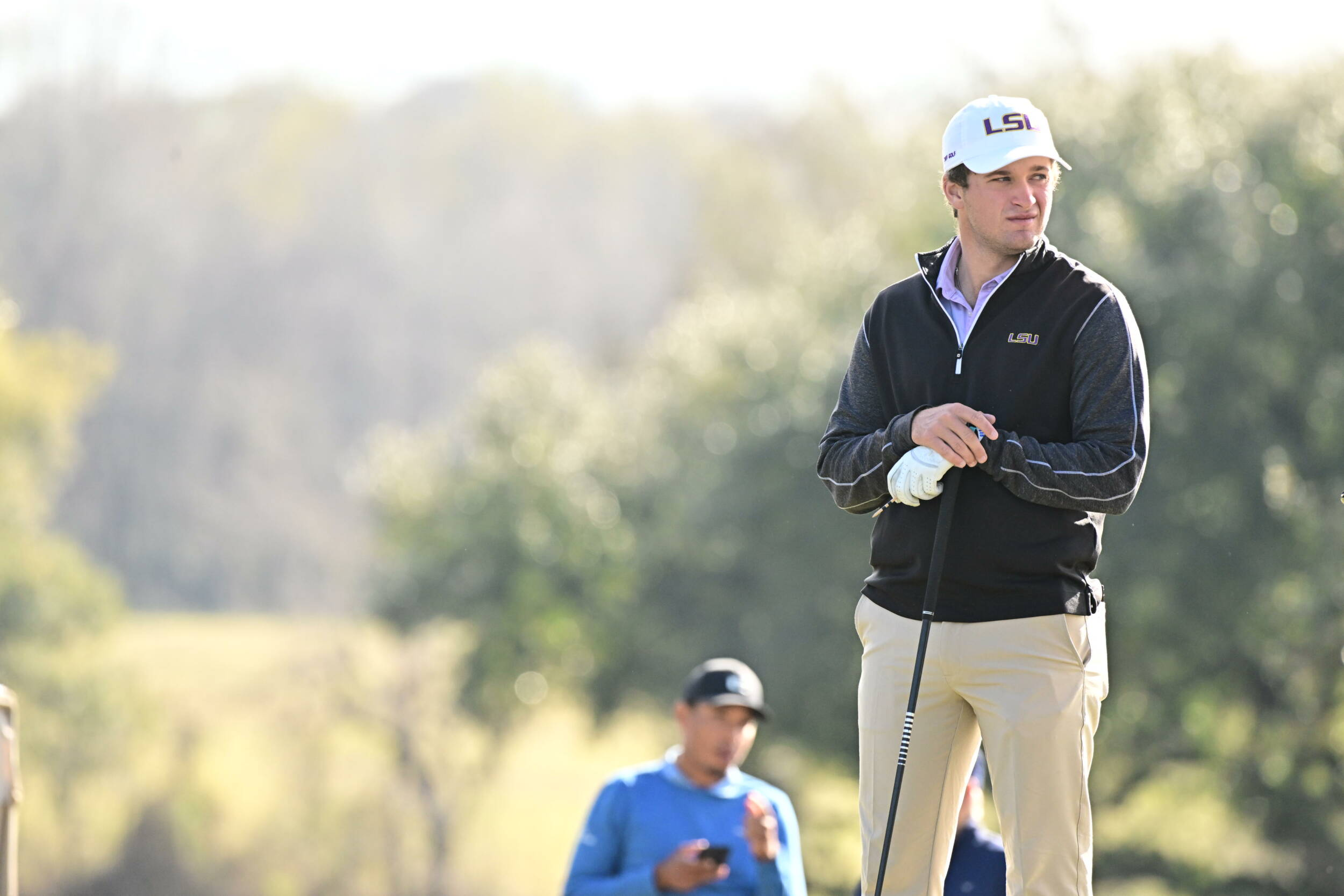 Round Three
Garrett Barber finished the week strong with a six birdie, 5-under 67 third round to take his tournament score to 12-under 204 and a finishing position of second place. The 2nd place finish is the highest of his collegiate career, and team-high fourth top 5 finish of the season. Barber was joined by Michael Sanders in the top 5, who shot a 4-under 68 in the final round to finish at 10-under 206 and secure a 5th place finish. For Sanders, it’s his second top 5 finish of the season and his lowest tournament score in relation to par on the year.

Cohen Trolio secured the second top 10 finish of his collegiate career after his 3-under 69 third round had him finish at 7-under 209 and a share of 9th place in the standings. Trey Winstead followed him with his own 3-under 69 to take his final score to 5-under 211 and tied for 13th in the final standings. Nicholas Arcement ended the week with his best round of play, shooting a 4-under 68 to finish the tournament at 1-over 217, tied for 31st position.

In the individual group, Connor Gaunt finished with a 4-over 76 that took his final tournament score to 1-under 215, good enough to finish tied for 24th place. Drew Doyle shot a 2-over 74 to finish tied for 64th with a 7-over 223 while the final Tiger in action was Hayden White, whose 2-over 74 final round saw him finish at 20-over 236 and in 90th position.

Up Next
LSU travels to Ponte Verda Beach, Florida to participate in the first round of The Hayt on Sunday, March 27.