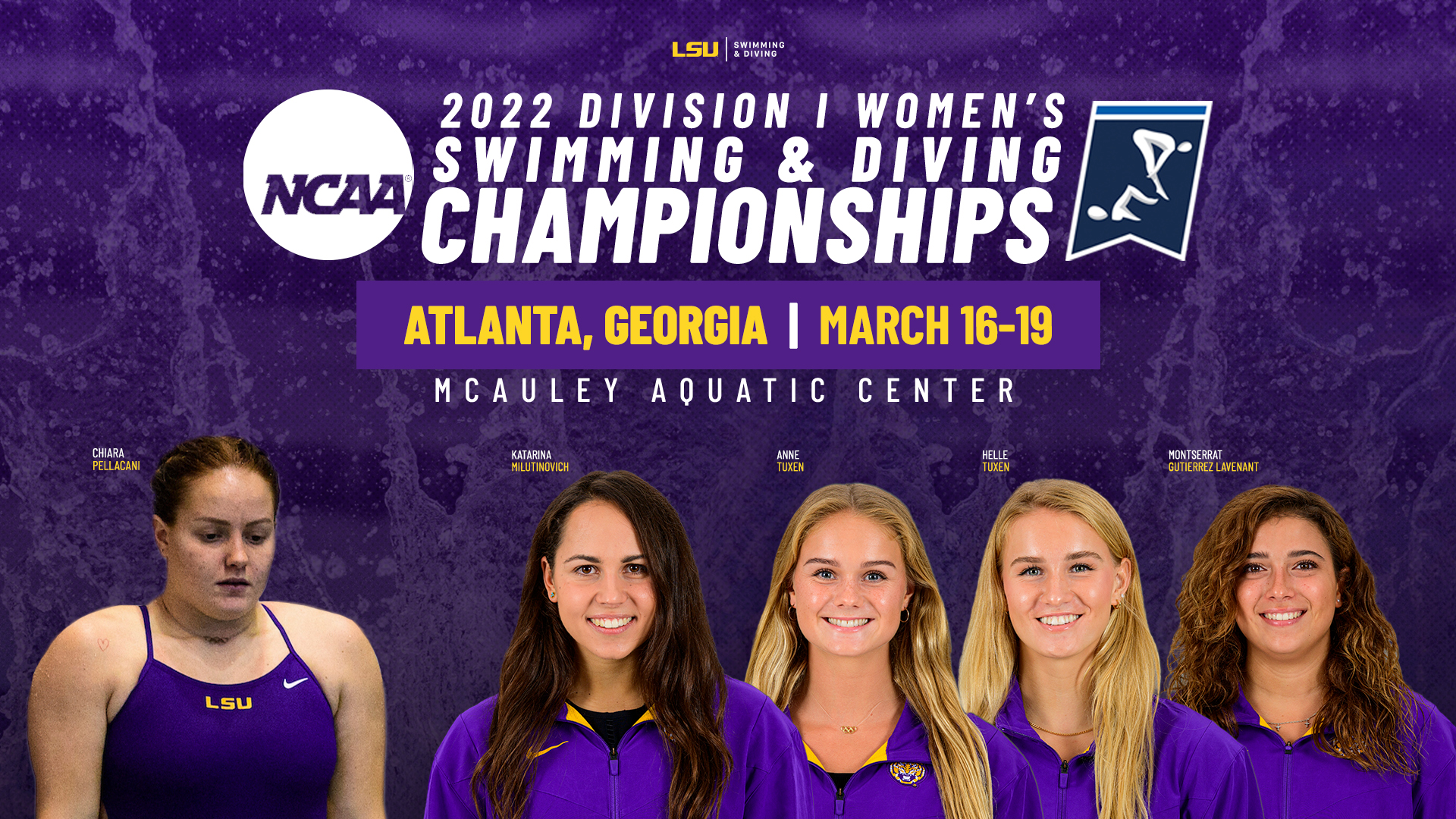 BATON ROUGE, La. – Championship season, the one thing athletes work toward at the collegiate level, finally commences Wednesday, as five LSU Tigers head to Atlanta to compete in the NCAA Women’s Swimming and Diving Championships.

LSU swimmer Katarina Milutinovich, who has been a consistent performer over the past three years, qualified for her second NCAA Championships, the first coming during her sophomore season. Milutinovich is set to compete in three events starting with the 50-free on Thursday, March 17. She will also swim in the 200-free Friday and 100-free Saturday.

On the boards, head diving coach Doug Shaffer coached his divers to 14 total qualifications at the NCAA Zone D diving regional in Madsion, Wisconsin. On the women’s side, four Tigers qualified for the championships with nine qualifications occurring on the three events. Montserrat Gutierrez Lavenant and Helle Tuxen qualified in all three events: one-meter, three-meter and platform.

Chiara Pellacani punched her ticket to the championships on both springboard events after nabbing two fourth-place finishes inside the Soderholm Family Aquatic Center. Anne Tuxen, who narrowly missed qualifying for the springboard events, earned a spot on platform at NCAA’s after placing eighth at the diving regional.

The competition can be viewed on ESPN3 beginning with the Wednesday night finals session that begins at 5 p.m. CT. ESPNU will also air a two-hour show following both championships on Wednesday, March 30, at 6 p.m. CT.

All-session tickets are available for the 2022 NCAA Women’s Swimming and Diving Championship for $120. Parking options for spectators are available in the Georgia Tech Student Center parking deck at 353 Ferst Drive.