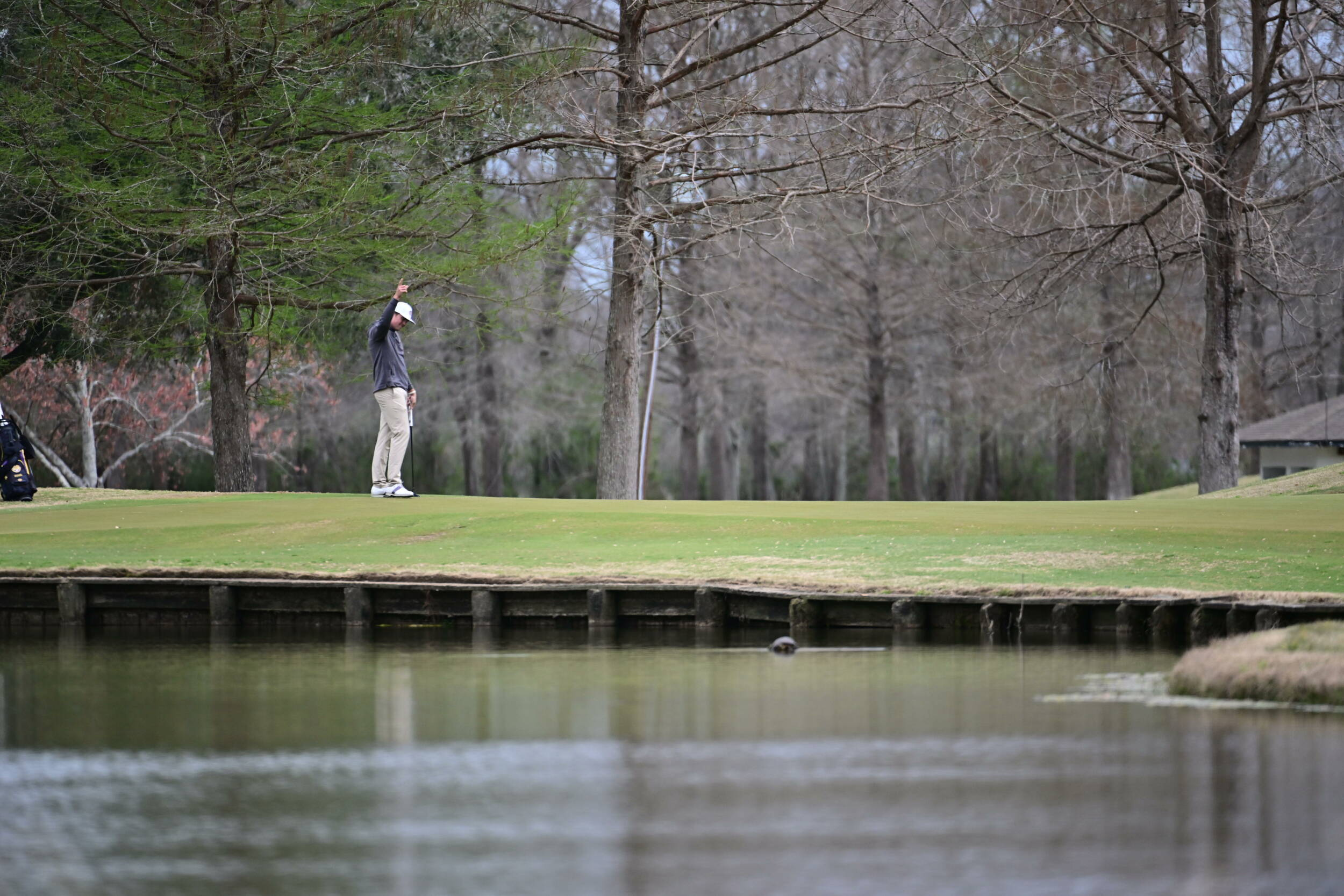 Lafayette, La. – The No. 25 LSU men’s golf team shot a 19-under 557 (273-284) in the first two rounds of the Louisiana Classics on Monday at the Oakbourne Country Club. The Tigers currently sit in second place, only trailing No. 21 Texas A&M.

Round OneMichael Sanders led the Tigers in the first round with a 6-under 66 performance, powered by two eagles on holes seven and eleven, both par 5s, to take his season total up to five. He was followed by Garrett Barber and Trey Winstead, who both shot a 4-under 68s in the first round. The final Tiger from the starting lineup to be scored was Cohen Trolio, who shot a 1-under 71.

Nicholas Arcement was the other Tiger from the starting lineup and finished the round at 3-over 75. As for the three Tigers who participated as individuals, Connor Gaunt scored the lowest after shooting a 2-under 70 with four birdies. Drew Doyle and Hayden White were the other individuals and shot a 5-over 77 and 9-over 81, respectively.

Round Two
Barber kept momentum from his first-round success into the second as he shot a 3-under 69 to take his score to 7-under 137 and tied for fourth place. Trolio shared success with Barber as he also shot a 3-under 69 and move up nine spots to a share of 12th place with a 4-under 140.

Sanders held firm in the second round and ended the round with an even-par 72, which placed him in sixth place with a 6-under 138 scorecard. Arcement and Winstead both shot a 2-over 74 in the second round, with Winstead ending the day at 2-under 142 and tied for 20th place while Arcement finished day one at 5-over 149 for a tie for 58th.

For the individual Tigers, Gaunt improved on his first round score with a four birdie, one eagle 3-under 69 round to take him to a share of 7th place at the end of the day. Doyle shot an even-par 72 to end the day tied for 58th at 5-over 149 while White’s 9-over 81 second round took him to 92nd place.

Up Next
The final round of action is set to begin at 7:30 a.m. CT. Tuesday’s final round will be broadcasted on ESPN+ and can be viewed here.