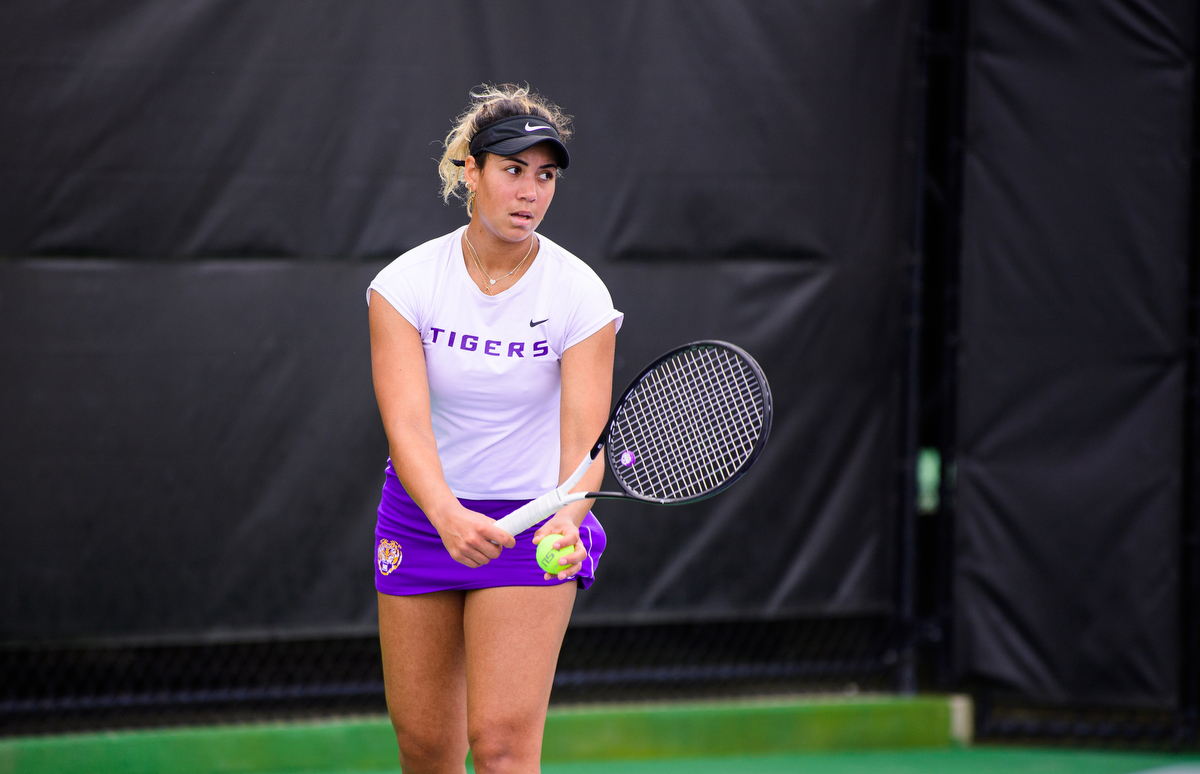 Selling Points
“Really encouraged earning the doubles point,” co-head coach Michael Sell said. “We just need to sustain the momentum early in the singles and credit to Ole Miss for turning the match around. We’re close to having a full lineup and was exciting to have Ena (Babic) back in the mix, we’ll be a dangerous group once we’re fully back.”

“We just need to keep trusting each other and our natural game. We’re excited to be back in action come Sunday afternoon.”

Doubles Results
Ole Miss struck first in doubles as the duo of Lillian Gabrielsen and Ludmila Kareisova defeated Nina Geissler and Mia Rabinowitz by a score of 6-3 at the No. 3 doubles spot.

Ena Babic and Maggie Cubitt marked their return to the doubles lineup with a win at the No. 2 spot as they defeated Anaelle Leclercq and Kelsey Mize by a score of 6-3.

The Tigers clinched the come from behind doubles point after Safiya Carrington and Taylor Bridges won five straight games at the No. 1 spot to beat Sabina Machalova and Rachel Krzyak, 7-5.

Singles Results
LSU only fielded five players in singles play, so Ole Miss claimed the No. 6 singles court via walkover to enter singles play at 1-1.

The lead was extended to 3-1 after Krzyak grabbed a straight set win at the No. 3 over Rabinowitz. Krzyak won the first set by a score of 6-3 before holding off a late surge from Babic in the second to win 6-4.

Ole Miss clinched the match at the No. 2, where No. 110 Leclercq defeated Geissler. Leclercq won the first set 6-3 before heading into a second set tiebreaker following a back-and-forth contest with Geissler. In the tiebreaker, the two traded points right to the end where Leclercq was able to win two straight points to win 8-6 and claim match victory for the Rebels.

Up Next
The Tigers conclude the weekend at Mississippi State as they took on the Bulldogs at noon CT on Sunday, March 13th.