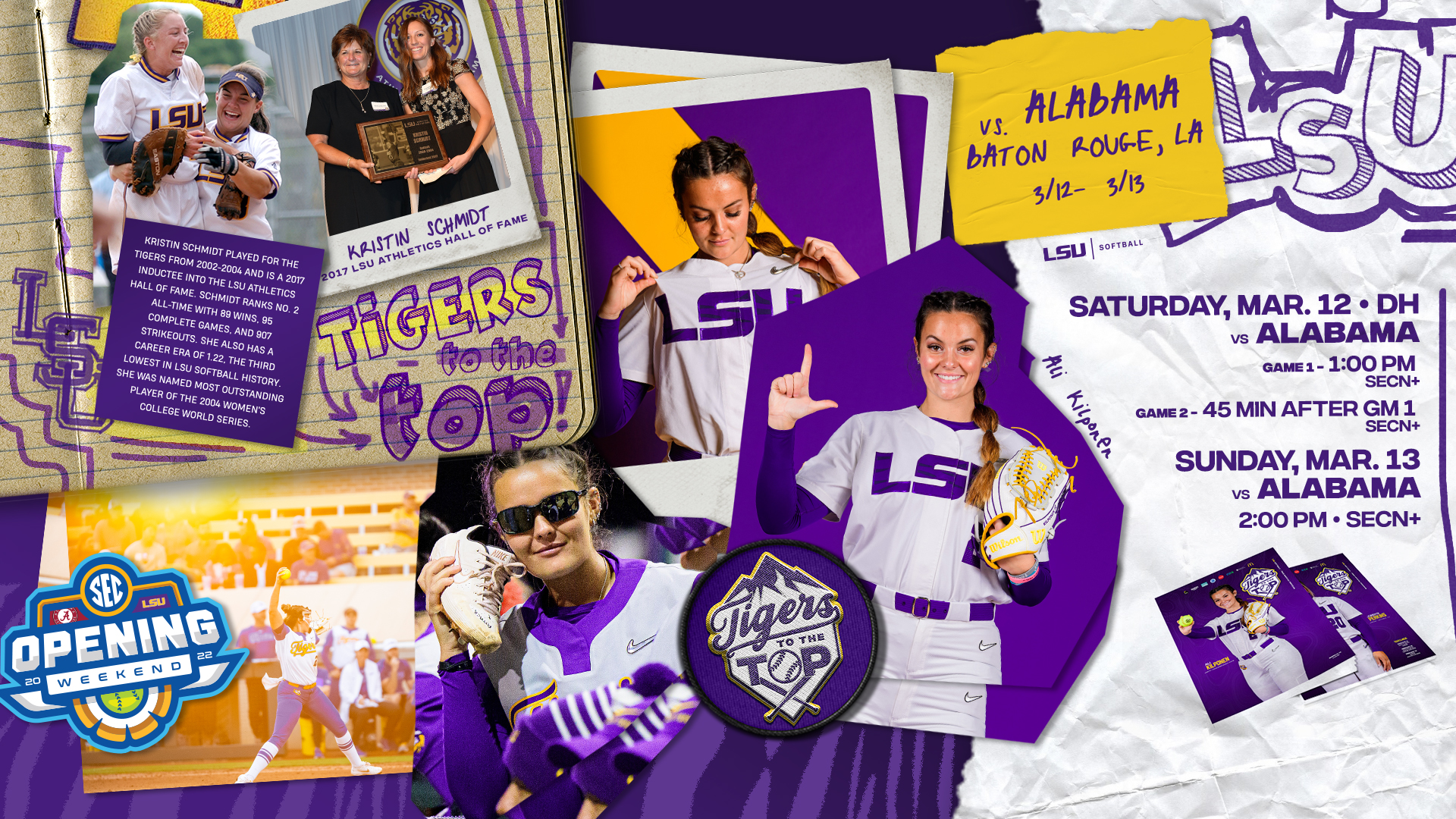 In addition to celebrating 50 years of opportunity for women thanks to Title IX, Saturday’s game also marks the annual LSU Softball Alumnae and Letterwinner Day. Over 50 former letterwinners are expected to attend. Letterwinners from the 1979, 1980, and 1981 teams will participate in Saturday’s ceremonial first pitch.

The Tigers are coming off a 5-1 weekend at the LSU Invitational / ULL Crossover where they logged two wins over then-No 21 UL-Lafayette, and a win against Troy, Louisiana Tech, and Central Connecticut State. LSU enters the weekend ranked No. 6 in the SEC with 173 hits, No. 8 with 126 RBI, and leads the conference with 95 walks.

LSU has two of the top five hitters in the country in sophomores Danieca Coffey (.440) and Ciara Briggs (.432). Coffey has 33 hits this season (No. 3 in the NCAA), has reached base in 21 consecutive games, and is currently on a five-game hitting streak with 10 RBIs this season. Briggs has 32 hits on the year (No. 5 in the NCAA), has reached base in every game this season, and is on a four-game hitting streak with nine RBIs. Senior Shelbi Sunseri and junior Georgia Clark account for 14 of the team’s 23 home runs with Sunseri leading the way with eight (T-No. 3 in the SEC). Clark ranks No. 9 in the NCAA with 26 RBI to go along with her six homers this season which is ranked fourth in the SEC.

Junior Ali Kilponen is the Tigers’ ace and has an 8-2 record in the circle this season in 12 appearances. Kilponen has a 1.16 ERA, leads the SEC with three shutouts, and ranks No. 7 in the conference with 55 strikeouts. Sunseri is 5-1 this season on the rubber with a 1.63 ERA and has 38 strikeouts in 51.2 innings pitched. Sunseri threw her first shutout of the season last weekend and has a total of four complete games, and one save this season.

LSU is 20-4 all-time in SEC openers and 17-7 in SEC home openers. In the last 10 SEC opening games, the Tigers are 8-2 and have won three consecutive league opening games.

The Tigers are 43-40 overall against Alabama despite dropping the last six meetings. LSU’s last win over Alabama was a 1-0 victory in Tuscaloosa on April 8, 2017. The last time the Tigers beat the Crimson Tide at home was an 8-1 decision on March 13, 2016.

Alabama is the SEC preseason favorite and has held the No. 2 spot in the country since the preseason polls. UA is led by its pitching where they lead the SEC with a 1.06 ERA (No. 3 in the NCAA) and has nine total shutouts this season (No. 5 in the NCAA). Senior Montana Fouts is a huge part of that with her 0.77 ERA and 92 strikeouts. She is 10-0 on the season.

LSU will have a quick turnaround with a midweek game against Southeastern Louisiana on Tuesday, March 15 at Tiger Park beginning at 6 p.m.