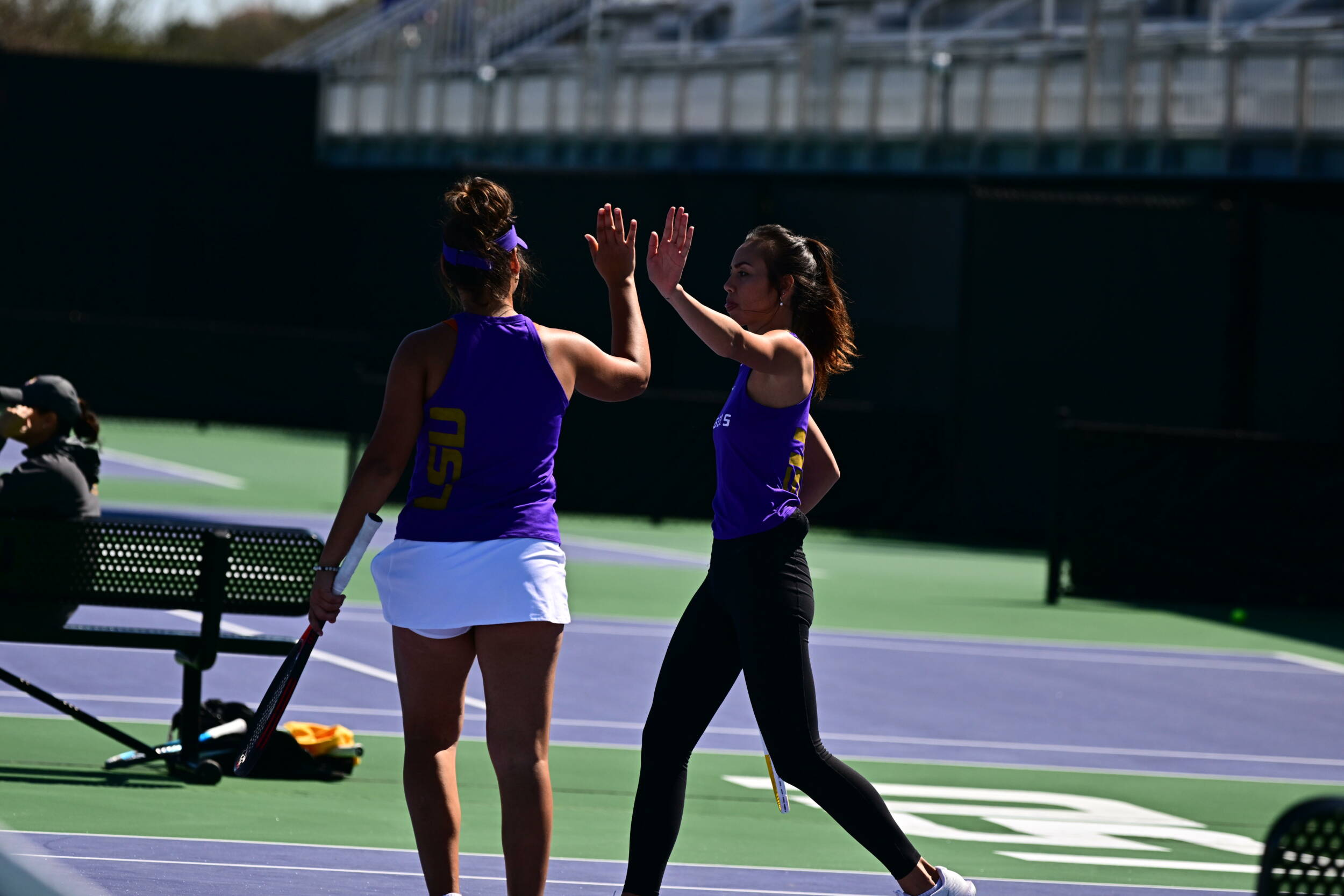 Baton Rouge, La. – The LSU women’s tennis team (1-4) grabbed its first win of the season with a 4-2 win over the Southern Jaguars (1-8) on Monday morning at the LSU Tennis Complex.

Selling Points
“We’re happy that we accomplished the goals we set out today,” co-head coach Michael Sell said. “We are making progress and heading in the right direction. Our crazy and bizarre season continues but we have a tremendously dedicated and competitive team who can’t wait to get back to full strength.”

“We want to thank our fans that came out today! They were phenomenal and we appreciate their support.”

Doubles Results
LSU played with only two teams in doubles, so Southern claimed the No. 3 doubles court via walkover.

Rania Azziz and Taylor Bridges claimed the first doubles win as they defeated Olivia Jenkins and Sash Taruberekera by a score of 6-2 at the No. 2.

The Tigers clinched the point at No. 1, where Nina Geissler and Mia Rabinowitz claimed a 6-2 win over Paris Washington and Takalani Molaoa to give LSU a 1-0 lead in the match.

Singles Results
The Tigers only played four players in singles, so Southern claimed a 2-1 lead heading into singles play.

Rabinowitz tied it at 2-2 as she was first off the singles court with a dominant 6-0, 6-1 performance at the No. 3 singles over Jenkins.

Azziz clinched the match at the No. 4 with a straight set win over Taruberekera. Azziz claimed the first set by 6-2 before blanking Taruberekera 6-0 in the second to claim her first collegiate singles win.