LSU Holds Towson to One Hit in 11-1 Victory

Three LSU pitchers combined to limit Towson to one hit on Sunday, as the second-ranked Tigers posted an 11-1 win in Alex Box Stadium, Skip Bertman Field. 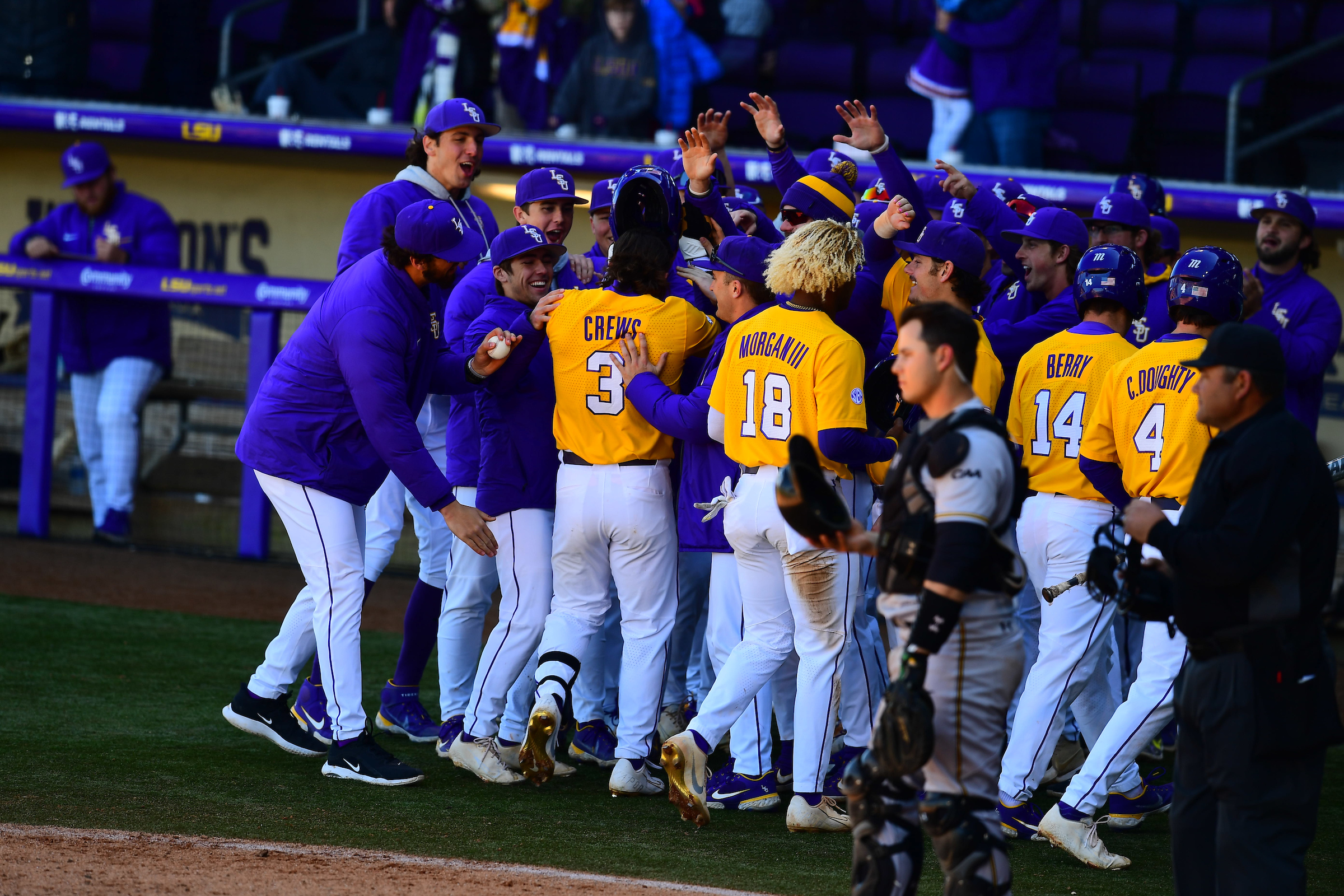 LSU improved to 6-1 on the year with its third straight win, while Towson dropped to 2-6.

The Tigers return to action Sunday afternoon at “The Box” for a 5 p.m. matchup with Southern University. The game will be broadcast on affiliates of the LSU Sports Radio Network and it may be viewed online on SEC Network +.

Ty Floyd, Devin Fontenot and Samuel Dutton combined on Sunday to allow just one run on one hit with five walks and 11 strikeouts. It was the first one-hitter for the LSU pitching staff since February 25, 2017, when Jared Poche’ and Russell Reynolds combined to one-hit Maryland.

Designated hitter Brayden Jobert led LSU’s 14-hit effort with three hits, including a two-run homer, and three RBI. Rightfielder Jacob Berry was 3-for-4 with a homer and two RBI, and centerfielder Dylan Crews launched a dinger and drove in two runs.

Towson starting pitcher Nick Ramanjulu (0-2) was charged with the loss, as he surrendered two runs on four hits in four innings with four walks and no strikeouts.