No. 5 Beach Wins All Four Matches at Green Wave Invitational to Begin Season 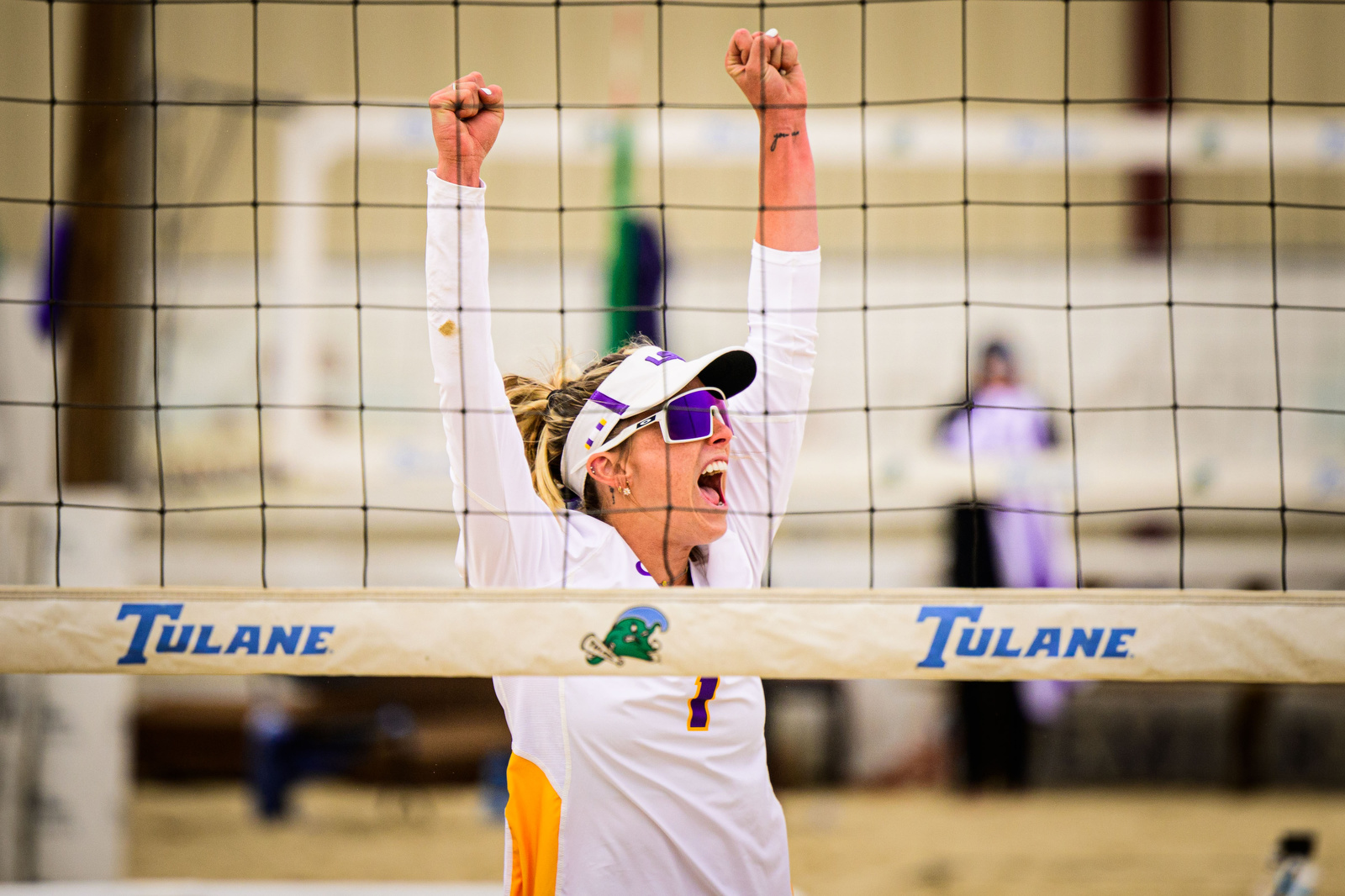 NEW ORLEANS- After winning its first two matches on Friday, the No. 5 LSU Beach Volleyball team won both Saturday matches against Tulane and Spring Hill to close out the weekend of competition at the Green Wave Invitational.

“Excited for how we played this weekend,” said head coach Russell Brock. “Couldn’t be more impressed with how our new lineup players performed. I was also really pleased with how well our whole team came together and supported each other.”

The Tigers will be back in action next weekend at LSU Beach Volleyball Stadium where they will host the Tiger Beach Challenge on Saturday and Sunday. LSU will play Texas A&M-Corpus Christi, Texas A&M-Kingsville, Southern Miss, Loyola Marymount and Stephen F. Austin during the weekend tournament.

“Really looking forward to getting back to work on Monday to prepare for the next big challenge at home,” said Brock.

The Tigers were unable to win on Court 1, with Tulane winning the first and third sets, 21-16 and 15-10, and the pair of Ashlyn Rasnick-Pope and Bella Bauman winning the second set, 28-26.

The pair of Kylie Deberg and Parker Bracken on Court 2 won convincingly in two sets, 21-10 and 21-15. That win, combined with their afternoon victory over Spring Hill, ensured that the pair never lost a set throughout the four matches of the weekend for the Tigers.

In the afternoon match against Spring Hill, the Tigers won in a sweep, 5-0. All five courts won in straight sets as LSU closed out the weekend in commanding fashion. Caffo and Shank got the Tigers rolling on Court 5, winning 21-12 and 21-11. Seits and Greene-Agnew played their most dominant match of the weekend on Court 4, winning 21-10 and 21-7.

On Court 1, Rasnick-Pope and Bauman rebounded from the morning loss, winning a close first set, 22-20, and then closing the second set out in style, 21-13. Deberg and Bracken completed the pair’s perfect weekend on Court 2, winning 22-20 and 21-10. Finally, the Tigers closed out the weekend on Court 3, with Carlton and Allred winning both sets by a score of 21-14.