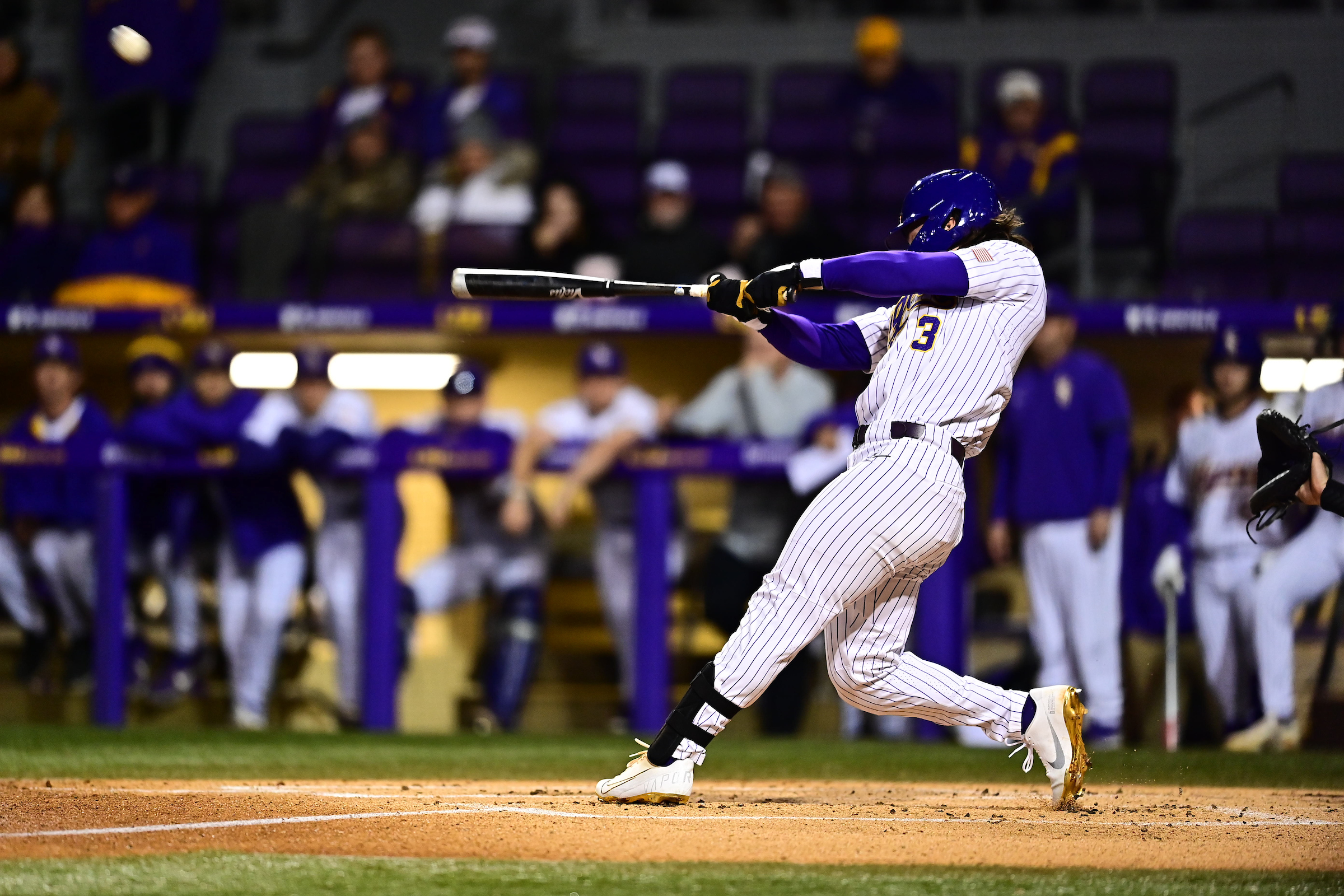 LSU returns to action at 1:30 p.m. CT Saturday, when the Tigers play host to Southern in Alex Box Stadium, Skip Bertman Field. The game will be broadcast on affiliates of the LSU Sports Radio Network, and it may be viewed online on SEC Network +.

Money (2-0) blanked Towson for seven innings, limiting its hitters to just a pair of singles while recording two walks and seven strikeouts with 96 total pitches.

Money, who defeated Maine last Friday, has recorded 14 straight scoreless innings to begin the season with three walks and 17 strikeouts.

“An outstanding performance by Blake Money,” said LSU coach Jay Johnson. “I didn’t think he could top what he did last Friday, but he certainly tried to. In some ways, he was sharper than last week. This Towson team is better than people realize; they had a great offensive night last week against Miami’s ace. Blake executed tonight, and we had game control because of the job he did.”

Towson starter Teddy Blumenauer (0-2) was charged with the loss as he surrendered six runs – three earned – on four hits in 2.2 innings with three walks and one strikeout.

LSU bolted to a 2-0 lead in the first inning on a two-run blast by Crews, his first homer of the season. A bases-loaded walk by second baseman Cade Doughty in the second inning increased the lead to 3-0, and Crews highlighted a three-run third with a two-RBI triple, his third of the year.

“Dylan is a special talent, and a good worker, too,” Johnson said. “I liked what I saw from him tonight, and if he’s just ‘kind of on,’ that’s going to be plenty good enough for us.”

Sophomore right-hander Garrett Edwards worked the final two innings for LSU to preserve the shutout, as he limited Towson to one hit with no walks and a strikeout.