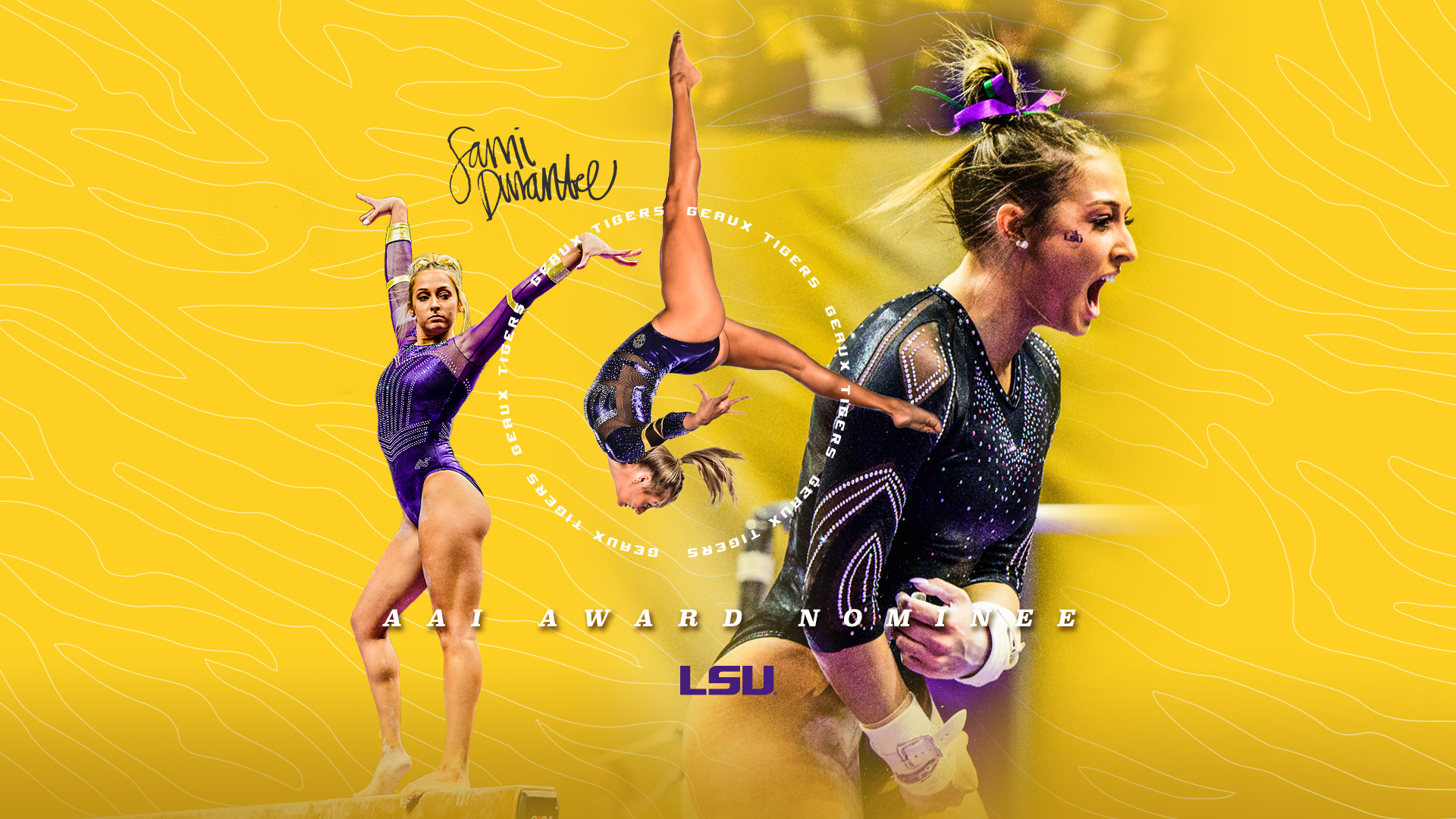 BATON ROUGE – Fifth-year gymnast Sami Durante has been named LSU’s nominee for the AAI Award, which goes to the top senior gymnast in the nation.

“Sami exhibits everything it means to be an LSU gymnast,” head coach Jay Clark said. “She has overcome so much in her five years, and we could not be happier that she is an LSU Tiger. The fight she has shown to be one of the most valuable people on this team is why she deserves this honor.”

A native of Athens, Georgia, Durante has been an integral part of LSU’s success over the last five years as a specialist on bars, beam and vault. Since starting her career as LSU’s bars leadoff performer, she has missed just two performances on the event and served as the team’s anchor the last three seasons.

In her freshman season, Durante averaged a 9.846 in the opening spot of the lineup. She went on to earn a 9.842 average in her sophomore season and 9.875 during her shortened junior season. In 2021, Durante earned her first All-America honors after finishing No. 11 in the nation on bars with an NQS of 9.925.

In addition to her outstanding work on bars, Durante has also been a reliable performer for the Tigers on beam. She helped secure LSU’s spot in the 2021 NCAA Championships after scoring a 9.95 on beam.

Durante is a three-time member of the SEC Academic Honor Roll and a 2021 WCGA Academic All-America. She graduated in May 2021 with her degree in sport administration. The daughter of UNC gymnastics head coach Dana Durante, Sami intends to pursue a career in coaching following her time at LSU.