Gaunt, Barber Lead Way for Tigers on Day 1 of The Prestige 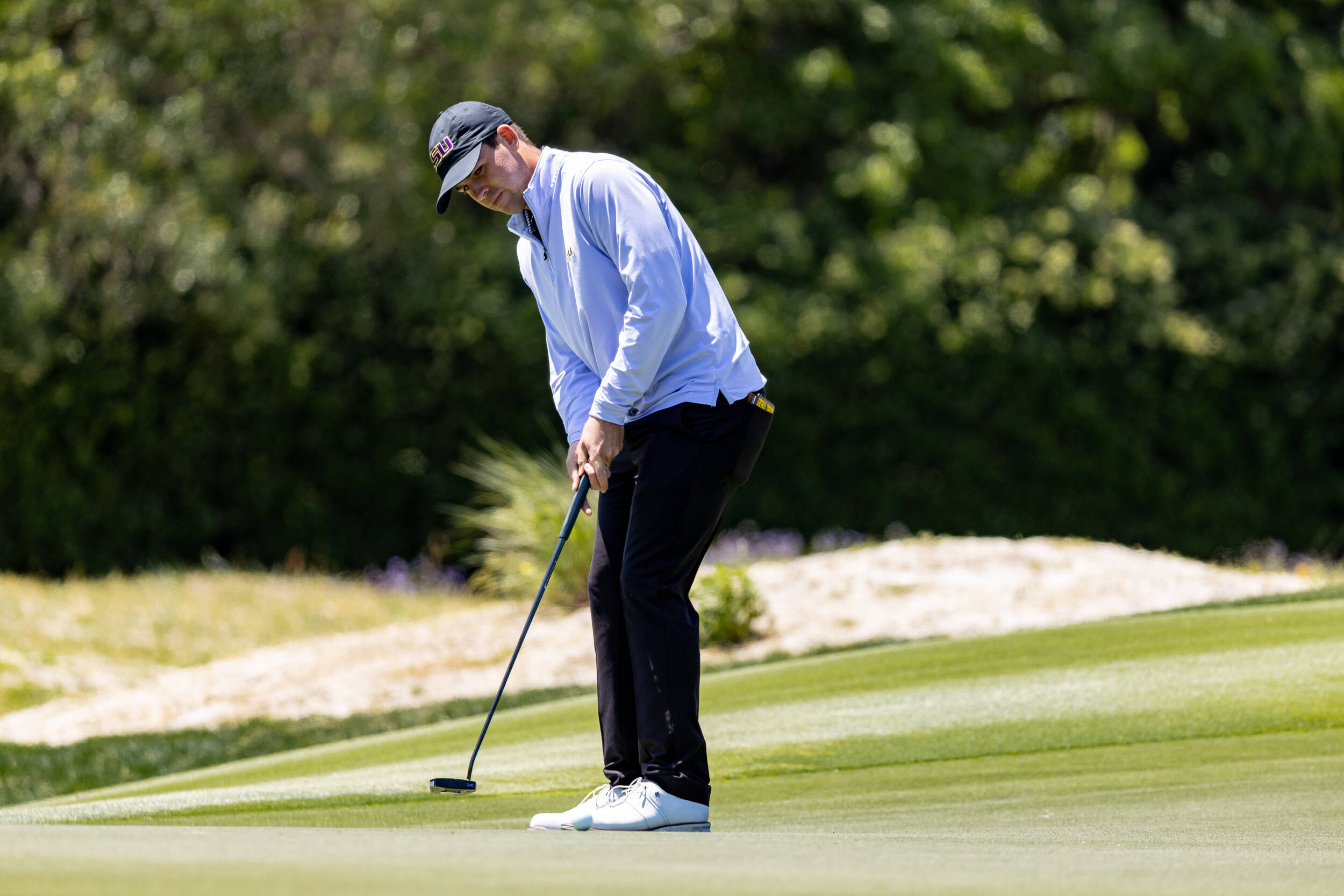 La Quinta, Calif. – Connor Gaunt (1-under 70) and Garrett Barber (E) shot the lowest scores of the day for the LSU men’s golf team in the first round of The Prestige at the Greg Norman PGA West Course on Monday afternoon. As a team, LSU shot 4-over 288 and currently sits in third place, one stroke back of the leader.

The Prestige – Team Tournament
Gaunt was first to tee off for the Tigers and bounced back from a double bogey on hole three with a birdie on hole four to finish the front nine at 1-over 36. Steady play on the back nine saw him grab three birdies in a 2-under 34 performance to take his round to 1-under 70 and tied for third place at the end of the day.

Barber narrowly trailed behind Gaunt with an even par 71 that put him tied for 9th position at the end of the round. After opening with a 2-over 37 on the front nine, Barber answered with a birdie, eagle, and birdie on holes 10, 11, and 12 to get his score at 2-under on the day. He went on finish the back nine at 2-under 34 to conclude his day at even par and tied for ninth.

Nicholas Arcement and Drew Doyle were the final two scores counted for LSU as they respectively shot a 2-over 73 and 3-over 74, with Arcement tied for 24th position and Doyle one stroke behind in tied for the 32nd spot. Cohen Trolio was the other Tiger in the tournament as he finished the day at 5-over 76 and tied for 65th.

The Prestige – Individual Tournament
Trey Winstead put in a strong display with a 4-under 68 performance powered by a season-high six birdies that finished tied for first at the end of the round. Winstead’s 4-under 68 is his best score in relation to par this season and the lowest since the second round of the 2021 Gators Invitational where he shot a 4-under 66.

Michael Sanders finished the day at 3-under 69 to put him tied for 4th at the end of the day. This marks Sanders’ eighth round of 13 this season that he’s shot at even or under par, a team high.

Chris Woollam posted a 2-over 74 performance that saw him pick up four birdies and a tied for 24th. The final Tiger in action in the individual tournament was Hayden White, who finished at 9-over 81 and tied for 54th in the leaderboard.

Up Next
The Tigers will tee off from hole 10 in round two at 1 p.m. CT on Tuesday afternoon in the team tournament while the four players in the individual tournament are scheduled for a 12:20 p.m. CT start time.