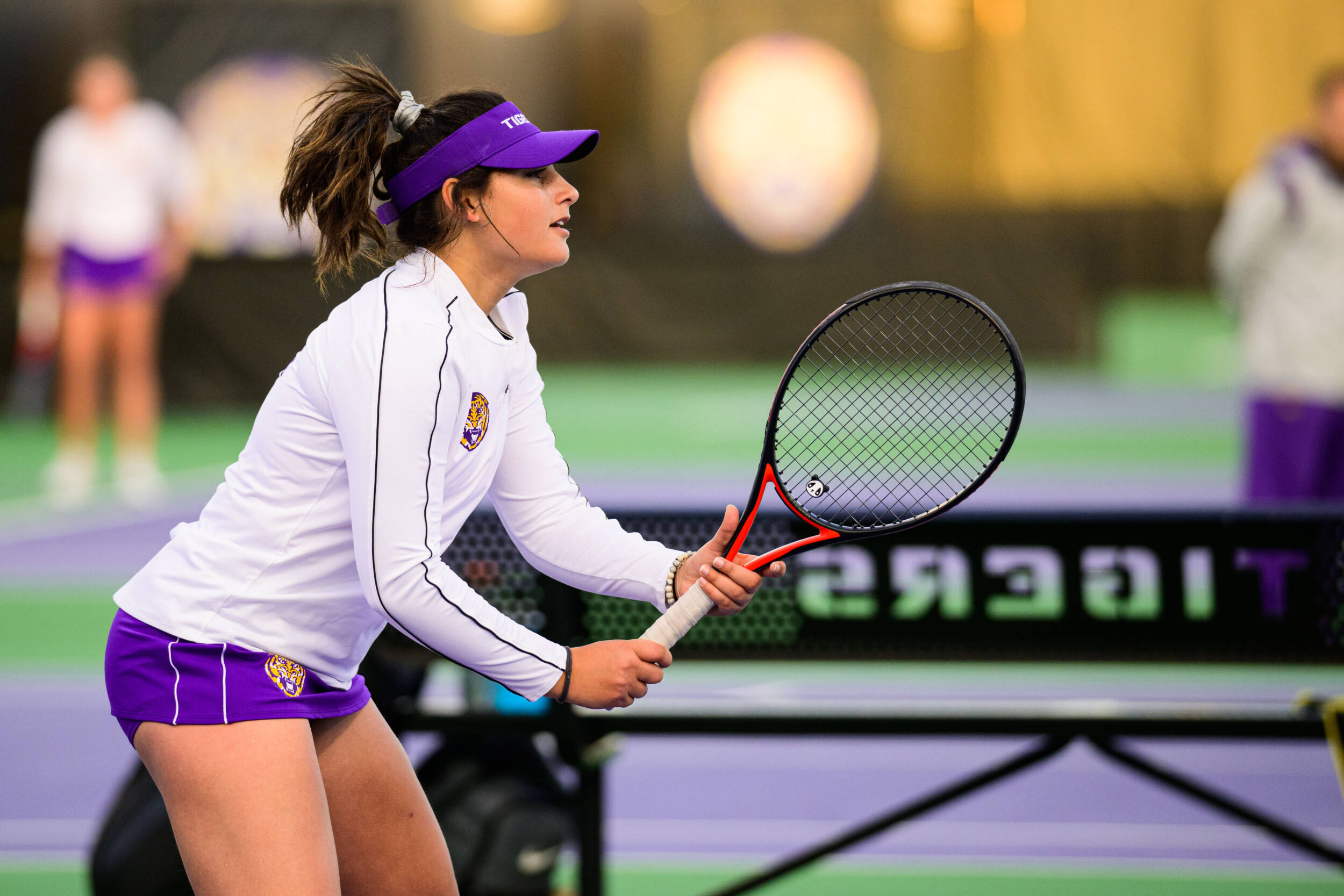 “Credit to Rice today,” co-head coach Michael Sell said. “It’s been a crazy start to our year as our biggest opponent has been our own health. We’ve had to play shorthanded in every match this season thus far, but we know we’ll be better for it once we return to full strength.”

“We’re so proud of the character, pride, and fight our team has shown so far this season under the adversity we’ve faced. We have a lot to be proud of and a lot to look forward to. It’s time to head home, heal up, and see what’s next for us.”

Maria Budin and Diae El Jardi opened doubles play with a strong 6-0 win at the No. 1 doubles court over juniors Safiya Carrington and Maggie Cubitt.

The doubles point was clinched at the No. 2, where Anastasia Smirnova and Allison Zipoli held off a late charge from graduate student Mia Rabinowitz and junior Nina Geissler to win their court in a 6-4 match.

LSU played singles with only five players, so Rice was deemed the winner at the No. 6 singles via walkover and started singles play with a 2-0 lead.

Budin was first off the singles courts as she defeated freshman Rania Azziz by a score of 6-1, 6-3 at the No. 5 singles to make it 3-0.

Rice clinched the match at the No. 3, where Zipoli downed Geissler by a 6-3, 6-3 scoreline and gave Rice its fifth win of the season.

LSU will travel down Interstate 10 and take on the Tulane Green Waves at noon CT on Wednesday, February 23.