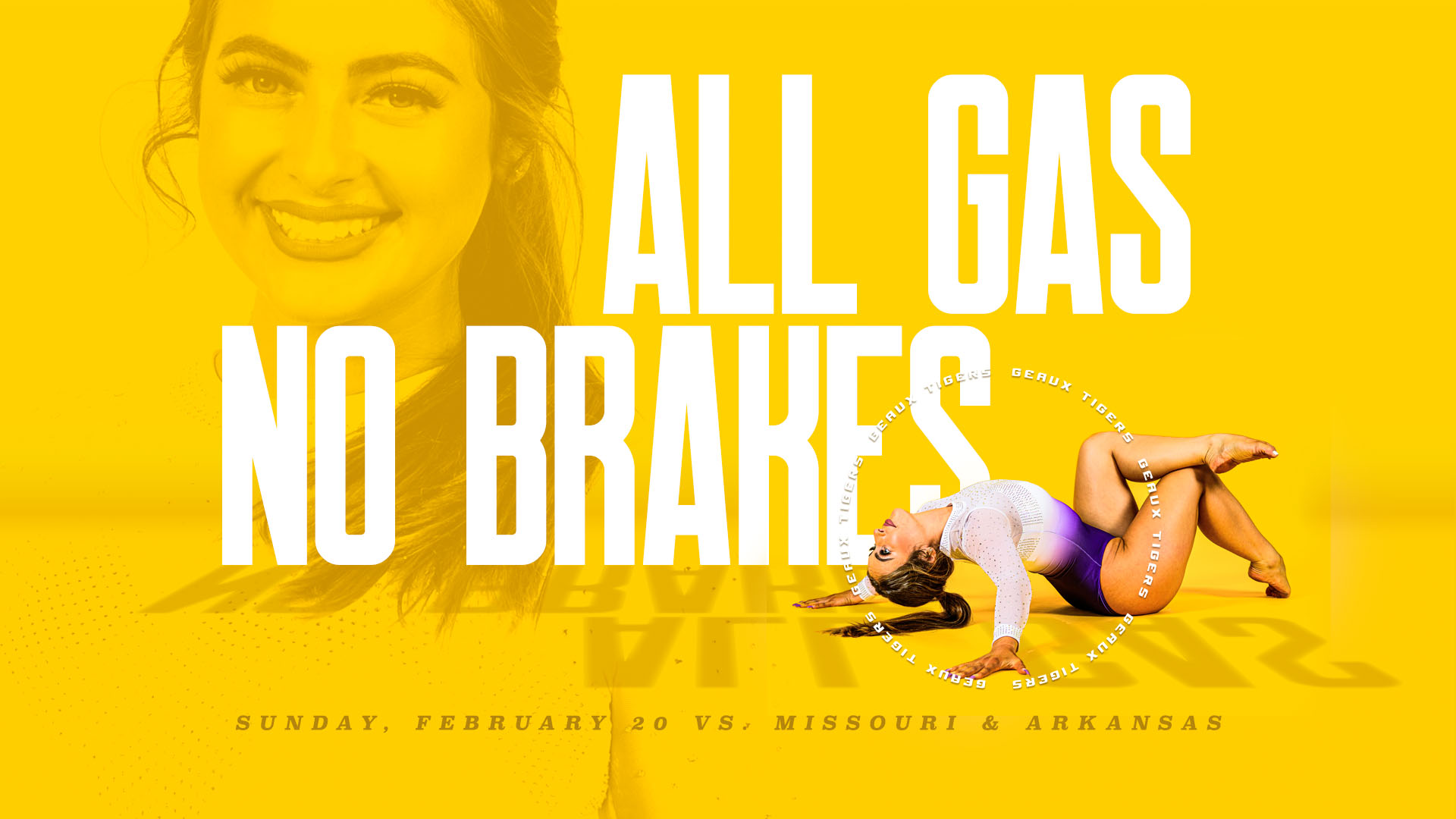 COLUMBIA, Mo. – Following a quick turnaround after Friday’s win over No. 8 Alabama, the fifth-ranked LSU gymnastics team will take on No. 11 Missouri and No. 16 Arkansas at noon CT Sunday inside the Hearns Center.

The tri meet was added to the schedule after both meets were impacted in January due to COVID-19 protocols with the LSU and Arkansas programs. The Tigers will start on bars and continue to beam, floor and vault.

The meet will be streamed live on WatchESPN.com and the app. The stream will be three boxes with one dedicated to each team.

“Our team is feeling pretty good after Friday night, and we are going to use this opportunity to rest a couple people,” LSU gymnastics head coach Jay Clark said. “We are hitting our stride and really building off of each meet. The goal is to continue doing that on Sunday in another big SEC meet.”

LSU is coming off of a 198.050 on Friday against the Crimson Tide for a new season high. The Tigers became the fifth team in the country to score a 198 or higher in 2022. This road score on Sunday will go a long way toward LSU’s NQS, which will be reflected in the rankings beginning Monday.

The Tigers will be without all-around performer Alyona Shchennikova for a second-straight week, but Haleigh Bryant is expected to compete in the all-around and Kiya Johnson is slated for at least vault, bars and beam. Kiya Johnson scored a perfect 10 on beam Friday night and Bryant owns a 10 already on vault this season.

Senior Christina Desiderio continued her outstanding season on Friday night with 9.90 on both beam and floor. The top leadoff performer in the nation owns a 9.90 or higher on either event in six of nine routines this season. Freshman KJ Johnson has also made an immediate impact for the Tigers in her first year. KJ Johnson is averaging a 9.885 on vault and 9.910 on floor. She has scored a 9.90 or higher in six of 10 meets.

Freshman Aleah Finnegan is slated to performer on beam and floor as well as make her collegiate debut on bars. She already owns career highs of 9.90 on both events. Sophomore Sierra Ballard and senior Sami Durante are expected to make their season debuts on floor and vault respectively.

After this double weekend, LSU will hit the road to take on Texas Woman’s and Pittsburgh at 6 p.m. on Friday, Feb. 25 in Denton, Texas. The meet will be streamed on the LSC Digital Network ($).