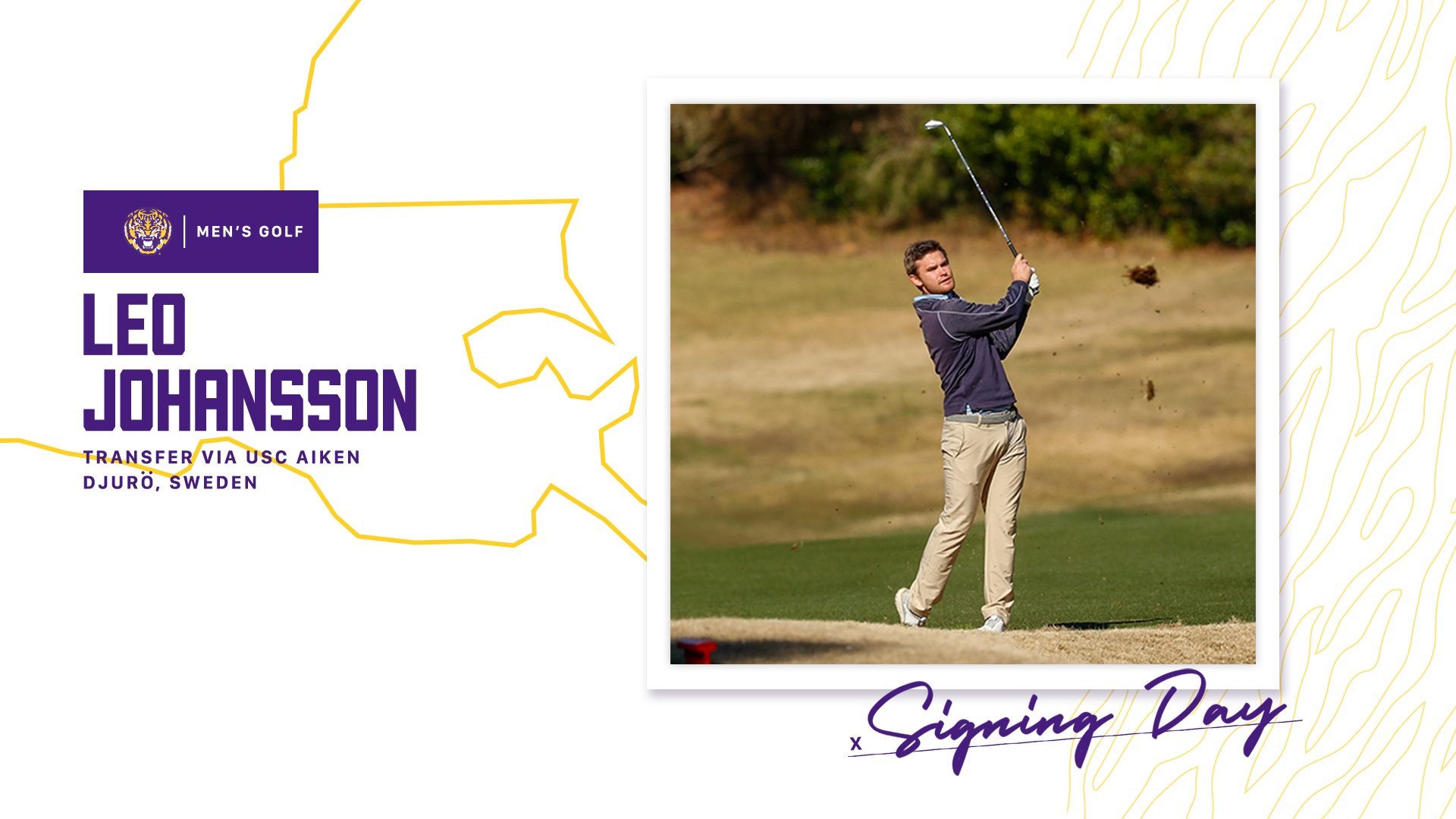 Baton Rouge, La.  – LSU Director of Golf Chuck Winstead announced on Friday that Leo Johansson, a two-time NCAA Division II All-American, has signed on with the Tigers for the 2022-23 season.

“We are excited to have Leo join our golf program this fall,” Winstead said. “He’s an accomplished player and has achieved tremendous success in amateur golf and at the Division II level. Leo is eager to continue developing his talent and we look forward to being a part of that as he becomes an LSU Tiger.”

Johansson will arrive in Baton Rouge as a transfer from Division II school USC Aiken with two years of collegiate eligibility remaining. He will play out the reminder of the 2021-22 season with USC Aiken before officially becoming a member of the Tigers later this summer.

Johansson is rated as the No. 2 golfer in the NCAA Division II golf at the moment with a season scoring average of 69.9 through 15 rounds played. He’s played in five tournaments this season with three runner-up finishes, a 12th place showing, and a 14th place finish.

Eleven of his 15 rounds this season have been under par and he has a season low 7-under 64 from the first round of the Queens Invitational back in October. He rolled in eight birdies during that round to register the lowest round of his collegiate career.

He’s earned PING All-America honors during both of his seasons at USC Aiken including a first team selection during the 2020-21 season. Johansson, a native of Djuro, Sweden, has played in 19 collegiate events and has placed in the top 10 at 12 of those tournaments. He tied for first place at the third collegiate tournament of his career with a total of 8-under 205 before dropping the playoff. A two-time all-conference performer and 2020 Peach Belt Conference Player of the Year, Johansson will bring a steady score into LSU’s clubhouse.