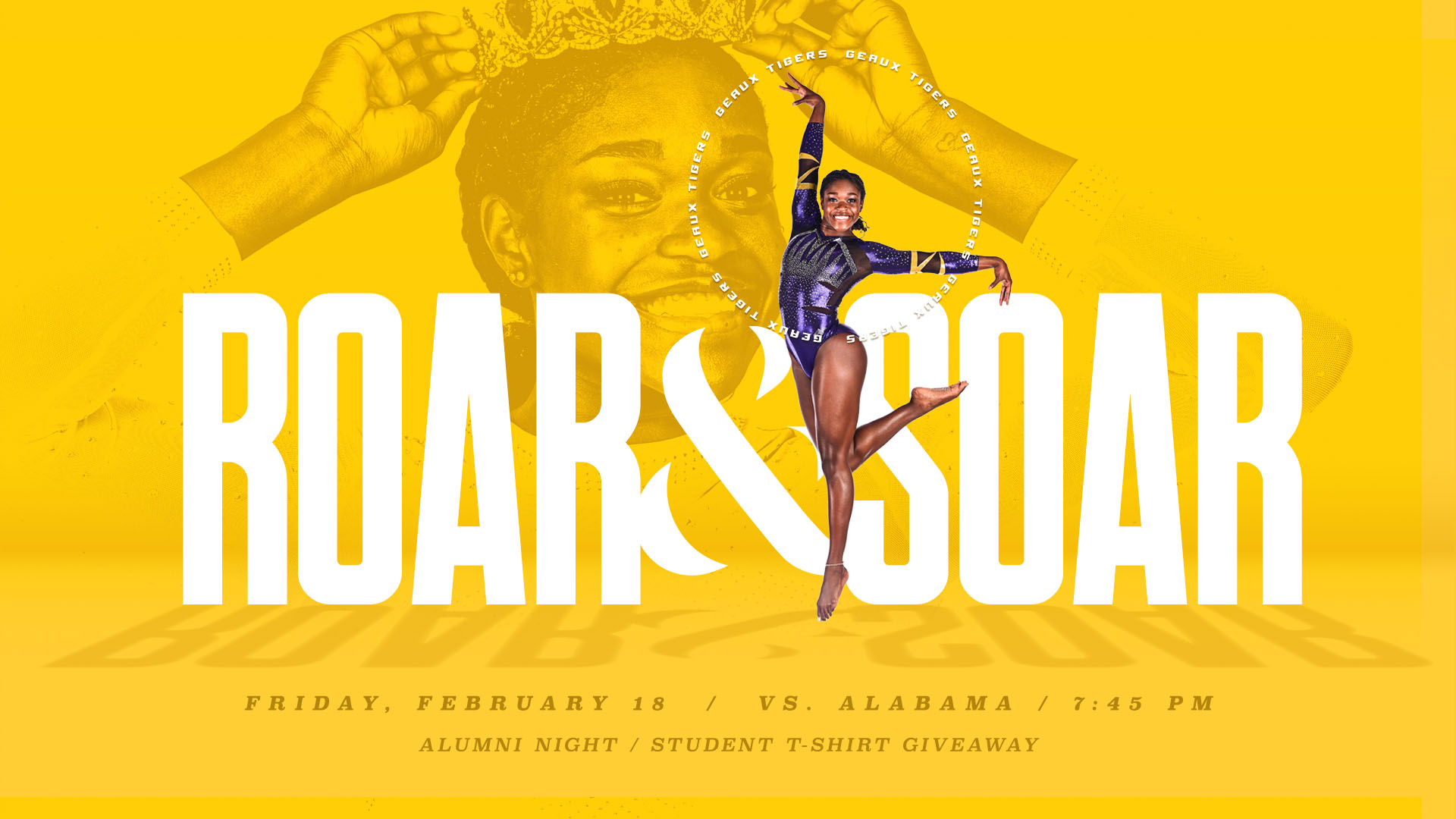 There are a limited amount of general admission tickets still available at LSUtix.net. Student tickets are free and the entrance is on the upper west side of the arena. Doors to the arena will open at 6:15 p.m. for all fans. Since it is Mardi Gras season, LSU will debut a new leotard and the first 500 students will receive a Mardi Gras t-shirt.

It is alumni night and more than 50 men and women will be recognized prior to intros at 7:45 p.m. Former LSU coaches D-D Breaux, Bob Moore and Ashleigh Clare-Kearney Thigpen will be honored prior to the meet.

The meet will be televised on ESPN with Bart Conner, Kathy Johnson Clarke and Samantha Peszek on the call. It is a historic night for the program as it is the first time LSU Gymnastics will compete on ESPN.

“We are excited for another meet and the opportunity to get back in the PMAC,” head coach Jay Clark said. “It is going to be another great crowd, and I really challenge our fans to bring really great energy and make sure to fill every seat in the arena. It is the start of a double weekend so we have to be judicious in our lineup. It will be a great night for NCAA Gymnastics, and we are honored to be on ESPN and show what LSU is all about.”

Johnson and Bryant, two of the top gymnasts in the country, are expected to compete in the all-around together for the second time this season. They both own perfect scores in 2022 with Bryant’s coming on vault and Johnson’s on floor against Auburn. LSU will be without Alyona Shchennikova on Friday as she recovers from a knee injury.

On Friday night, LSU is going after its second-straight sellout and chasing after the school record of 13,729. The program is going after two-straight sellouts for the second time in school history with the other coming in 2018. The top-10 most attended meets in school history have come since 2015 with LSU hitting the 13,000-plus mark twice. In the Tigers’ last home meet, fans set the second-highest attended meet with 13,659.

LSU will have a quick turnaround as the team will travel to Columbia, Missouri, on Saturday. The Tigers will take on Arkansas and Missouri at noon CT Sunday in a rescheduled meet due to COVID-19 postponements in January. The meet will be streamed on WatchESPN.com and the app.