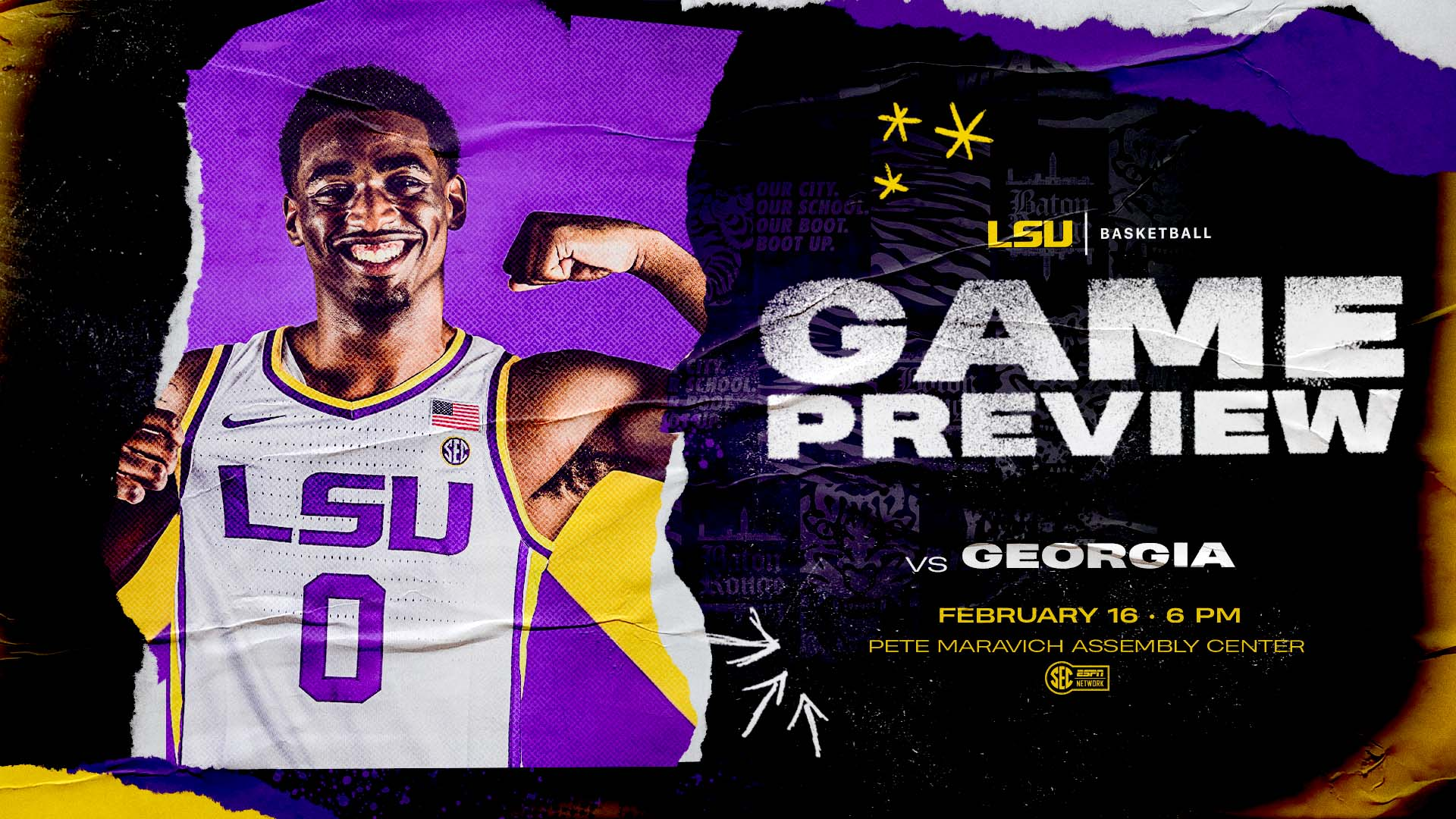 BATON ROUGE – The LSU Tigers look to continue building for the end of the regular season as they go for their third consecutive win Wednesday night against the Georgia Bulldogs at the Pete Maravich Assembly Center.

Entering play Tuesday night, LSU is tied for fifth with Alabama and Florida, two games out of the coveted fourth spot with six games to play.

The game will be broadcast on the affiliates of the LSU Sports Radio Network (including Guaranty Media flagship Eagle 98.1 FM in Baton Rouge) with the Voice of the Tigers Chris Blair and former LSU Basketball head coach John Brady on the call. The television for the game will be on the SEC Network with Roy Philpott and Mark Wise broadcasting from their home locations.

Tickets are available at LSUtix.net and will be available at the upper concourse ticket windows at the Maravich Center beginning at 5 p.m. on Wednesday.

Both coaching staffs will be wearing the Coaching For Literacy green pins and wristbands as this is the designated LSU game in the campaign. Fans can help with donations for the cause to help raise awareness for literacy. Funds generated at the game will stay in the Baton Rouge area through a grant partnership with Big Buddy and Bogalusa Central Elementary School.

Since 2013, Coaching For Literacy has granted more than $730,000 to local literacy partners to fund initiatives like mentoring, after school programs and providing age-appropriate books for children. The presenting partner of #Fight4Literacy, International Paper, has guaranteed a minimum donation of $10,000.

Last year Georgia and LSU played twice and Georgia caused the Tigers all kinds of problems, forcing LSU to overtime before LSU won in Baton Rouge, 94-92, and then defeating LSU, 91-78, in the second meeting in Athens.

Despite issues winning games, the Bulldogs have lost by two to Texas A&M and two to then No. 1 Auburn. UGA leads the SEC in free throw percentage and is nationally ranked in free throw makes (399) and No. 11 in FT attempts (538).

Of course, LSU will be looking to hold some of its national marks including a nation’s lead in steals average (11.1) and total steals (277). The Tigers are also fourth in the nation in field goal percentage defense (37.4 percent) and seventh in turnovers forced (17.84) and three-point field goal defense (27.9 percent).

Sixth man extraordinaire Tari Eason leads the Tigers with a 16.6 scoring average while Darius Days is averaging 13.0 points and a team-best 7.8 rebounds a game. Brandon Murray is at 10.1 points a game.