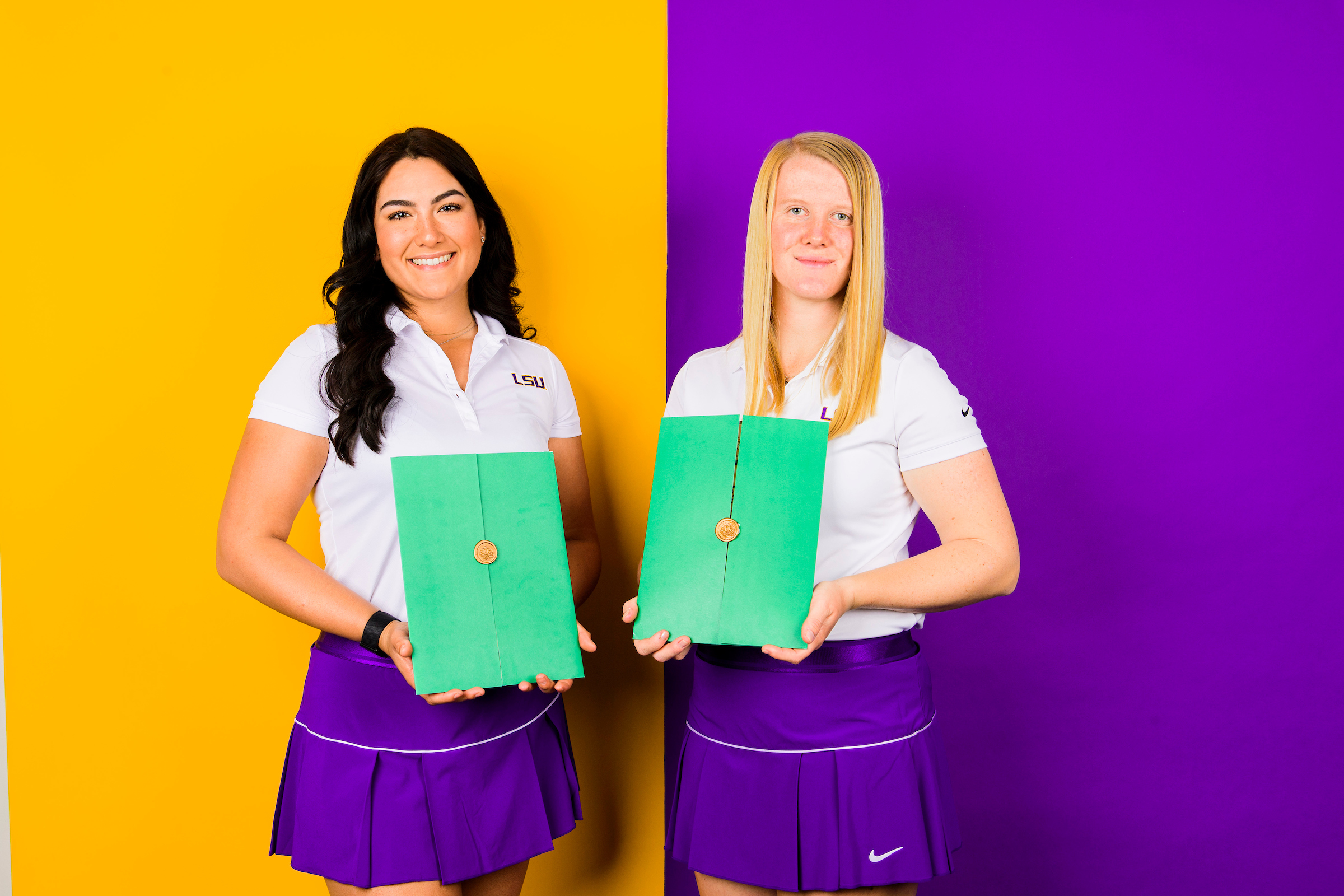 BATON ROUGE – The formal invitations have been sent out for the 2022 Augusta National Women’s Amateur and two LSU golfers, Ingrid Lindblad and Latanna Stone, are part of the 71 players confirmed for the championship to date.

As of Feb. 2, 39-of-the-top-40 amateurs in the World Amateur Golf Ranking have accepted invitational to the ANWA.

Lindblad represented her school and home country of Sweden in outstanding fashion in the 2021 event, finishing in a tie for third. Lindblad posted rounds of 73-70 at Champions Retreat and shot 3-over 75 on the final day at Augusta National.

Lindblad was one of six that finished just one stroke out of the playoff that saw Japan’s Tsubasa Kajitani capture the title on the first extra hole.

Lindblad is receiving her third invitation to the event as she was invited in 2020 as well when the event was canceled that year because of the COVID-19 pandemic.

“I’m super excited to come back and play both Champions Retreat and Augusta National,” said Lindblad. “Last year was a great experience and I felt like I learned a lot and was very honored to be there. I’m also excited to have Latanna there to play this prestigious event.”

The All-American won the European Ladies Amateur Championship last summer and is a two-time representative on the International team in the Arnold Palmer Cup. In the fall 2021 season, she captured another college tournament title in the Jackson T. Stephens Cup.

Stone, from Riverview, Florida, comes into the spring LSU golf season off a strong semester break in which she won two events in her home state – the Dixie Amateur in Pompano Beach and the Women’s Orlando International Amateur Tournament.

“I am extremely blessed to receive an invite to play the prestigious event,” said Stone. “I put in a lot of hard work these past two years to be able to receive an invitation. The opportunity of playing at Augusta is something I will cherish for the rest of my life.”

Stone was a 2014 Drive, Chip and Putt National Finalist at Augusta National. She has represented the United States in the Arnold Palmer Cup for a second straight year last summer.

Both Lindblad and Stone are invitees based on their tournament records and their status in the Women’s World Amateur Golf Rankings.

The two juniors are both ranked in the world’s top 50 with Lindblad at No. 2 and Stone at No. 40. Stone moved up ten spots after the wins over the holidays.

“I am very excited and proud to have two Tiger Golfers represented in this year ANWA,” said LSU head women’s golf coach Garrett Runion. “To have one player in this prestigious event is a big deal but to have two is special. We built this year’s tournament schedule around the ANWA in hopes of having a couple players get invited.

“Last year Latanna Stone was just on the outside looking in. While I know she didn’t like that, she didn’t say a word and spent the last year working on her game and it has paid off now as she is currently the eighth-ranked American in the world. She certainly has the game to compete there and with this being Ingrid’s second time playing I know she has high expectations as well. I could not be prouder of these two in the way they represent themselves, their families and LSU and look forward to watching them play on some of the most hallowed ground in golf.”

The LSU women’s golf team opens its 2022 season on Feb. 20-22 at the Moon Golf Invitational at Suntree Country Club in Melbourne, Florida. That will quickly be followed by the Darius Rucker Intercollegiate at Hilton Head, South Carolina on Feb. 28-March 2. It was recently announced that the Rucker will be televised for the first time by The Golf Channel.

The team will play the Longbow Golf Course in Mesa Arizona for the Clover Cup (March 11-13) and the Clemson Invitational in Sunset, South Carolina, March 25-27. The spring regular season concludes April 4-5 with an individual invitational at Auburn.

The SEC Championships run April 13-17 before the Tigers begin what they hope will be a second consecutive trip to Scottsdale, Arizona for the NCAA Championships in May.