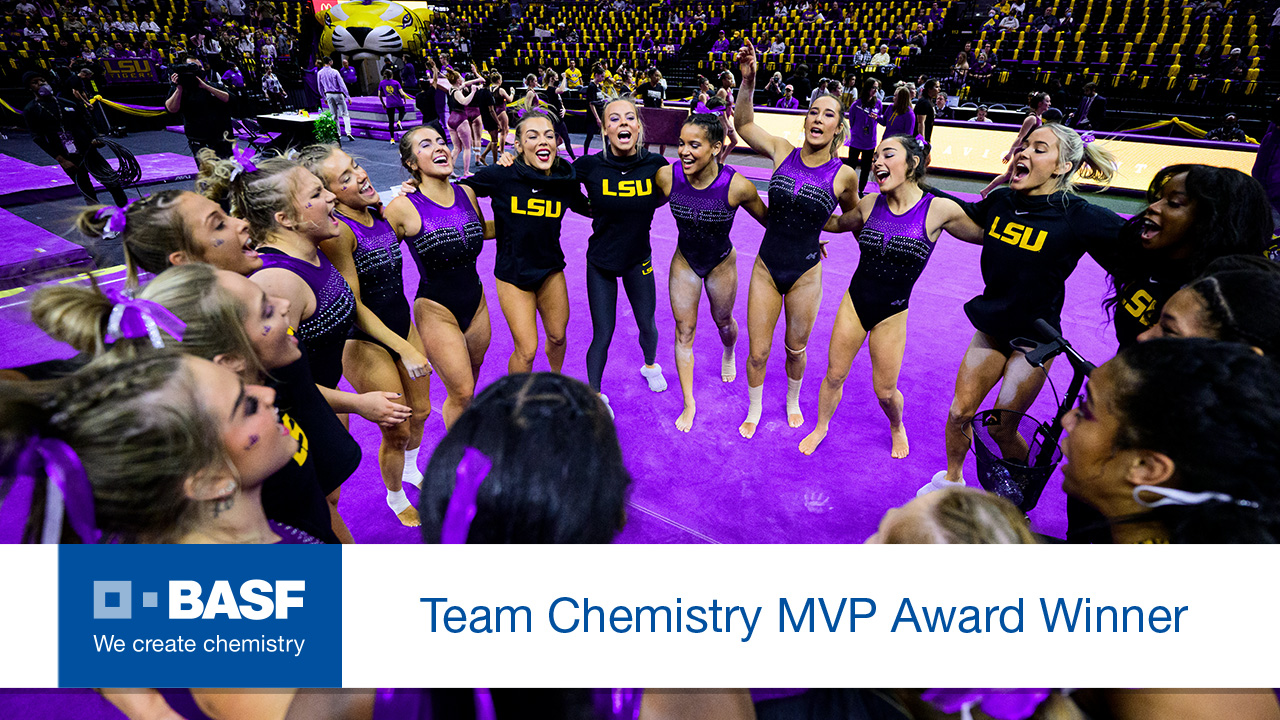 Baton Rouge, La. – The LSU gymnastics team has been named the BASF Team of the Month after opening up their 2022 season with a 2-0 record in the month of January.

The Tigers registered their 10th-straigth season opening win with a score of 196.950 against Centenary on January 7. A crowd of almost 10,000 was on hand to take in the season opener as LSU swept individual titles on all four events and the all around. Haleigh Bryant won the vault with a 9.925 and the beam with a 9.875, Alyona Shchennikova notched a 9.950 on the bars to win, and KJ Johnson claimed the individual title on the floor with a 9.90. LSU scored a 49.500 on bars marking their highest point tally in the event at a season opener in school history. KJ Johnson was named the Southeastern Conference Freshman of the Week following her performance against Centenary.

Christina Desiderio opened the beam with a 9.90 and Kiya Johnson ended it with a 9.90 to steady the Tigers in the final event. Aleah Finnegan scored a 9.875 in her first career collegiate routine as the Tigers went on to score a 49.250 to close out the meet with a win.

Alyona Shchennikova has captured all-around titles at both meets with a score of 39.300 at the Centenary meet and a 38.975 against Georgia.

The Tigers return home on Saturday (February 5) with a matchup against Auburn set for 2:45 p.m. at the PMAC. You can buy tickets at lsusports.net.