No. 25 Tigers Back In Action Tuesday vs. Ole Miss 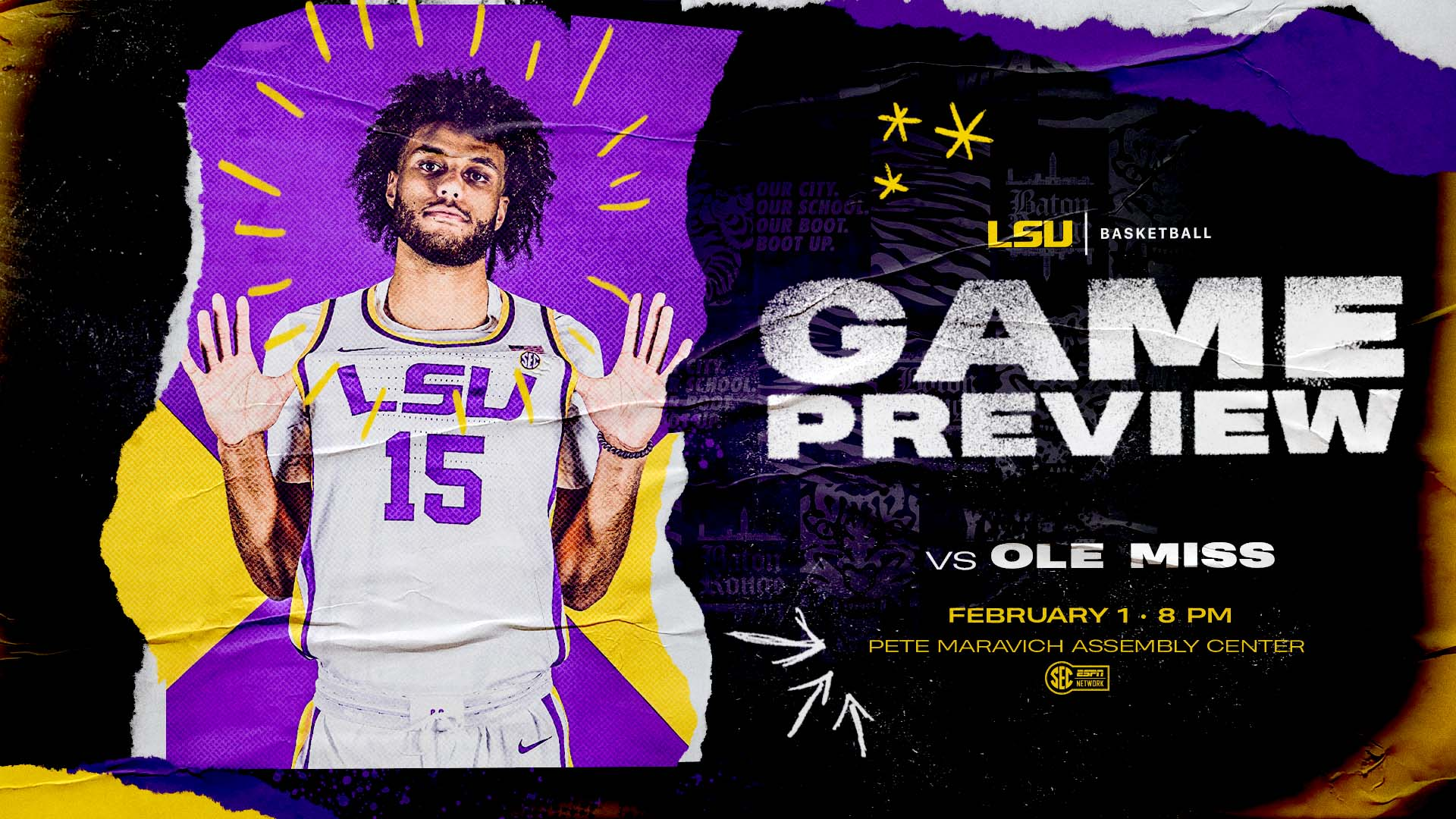 Tickets for the game are available all day Tuesday at the LSU Athletics Ticket Office and online at LSUTix.net. Tickets are available in the upper deck for $5 and the upper concourse ticket windows will open at 7 p.m. on Tuesday.

The game will be broadcast on the affiliates of the LSU Sports Radio Network with the Voice of the Tigers, Chris Blair, and former LSU head basketball coach John Brady (Guaranty Media flagship Eagle 98.1 FM in BR). The telecast will be on the SEC Network with Dave Neal and Daymeon Fishback from their SEC home broadcast locations.

LSU is 16-5 and 4-4 going to the final five weeks of the SEC regular season. LSU plays host to Ole Miss and then travels to Vanderbilt and Texas A&M before returning home to face Mississippi State in the final two weeks of the schedule.

LSU is coming off a 77-68 loss to TCU in the Big 12/SEC Challenge. LSU struggled offensively shooting 36 percent and making just 8-of-22 layup attempts in the game. TCU scored the most points the Tigers surrendered all season and LSU struggled despite turning the ball over just nine times in the game.

The Rebels shot 45.1 percent overall, holding K-State to just 30.2 percent from the field and winning the rebound battle, 43-33. Daeshun Ruffin had 17 points and seven rebounds while Luis Rodriguez had 10 points.

LSU and Ole Miss have met 214 times previously, with LSU winning 126 times. The teams met last twice last year, with one a hastily scheduled game in January in Oxford when an LSU road trip to Missouri was canceled because of the pandemic. LSU made a quick diversion to Ole Miss where the Tigers scored a 75-61 win. The teams met later in the quarterfinals of the SEC Tournament in Nashville with LSU winning, 76-73.

LSU has won the last six meeting in the series and nine-of-the-last-10.

LSU is expected to be near full strength entering the game after Darius Days returned with a double-double against TCU (14-12). Xavier Pinson played seven minutes against TCU on a minutes restriction but his minutes for Tuesday’s game will be determined after the team’s shootaround on gameday afternoon.