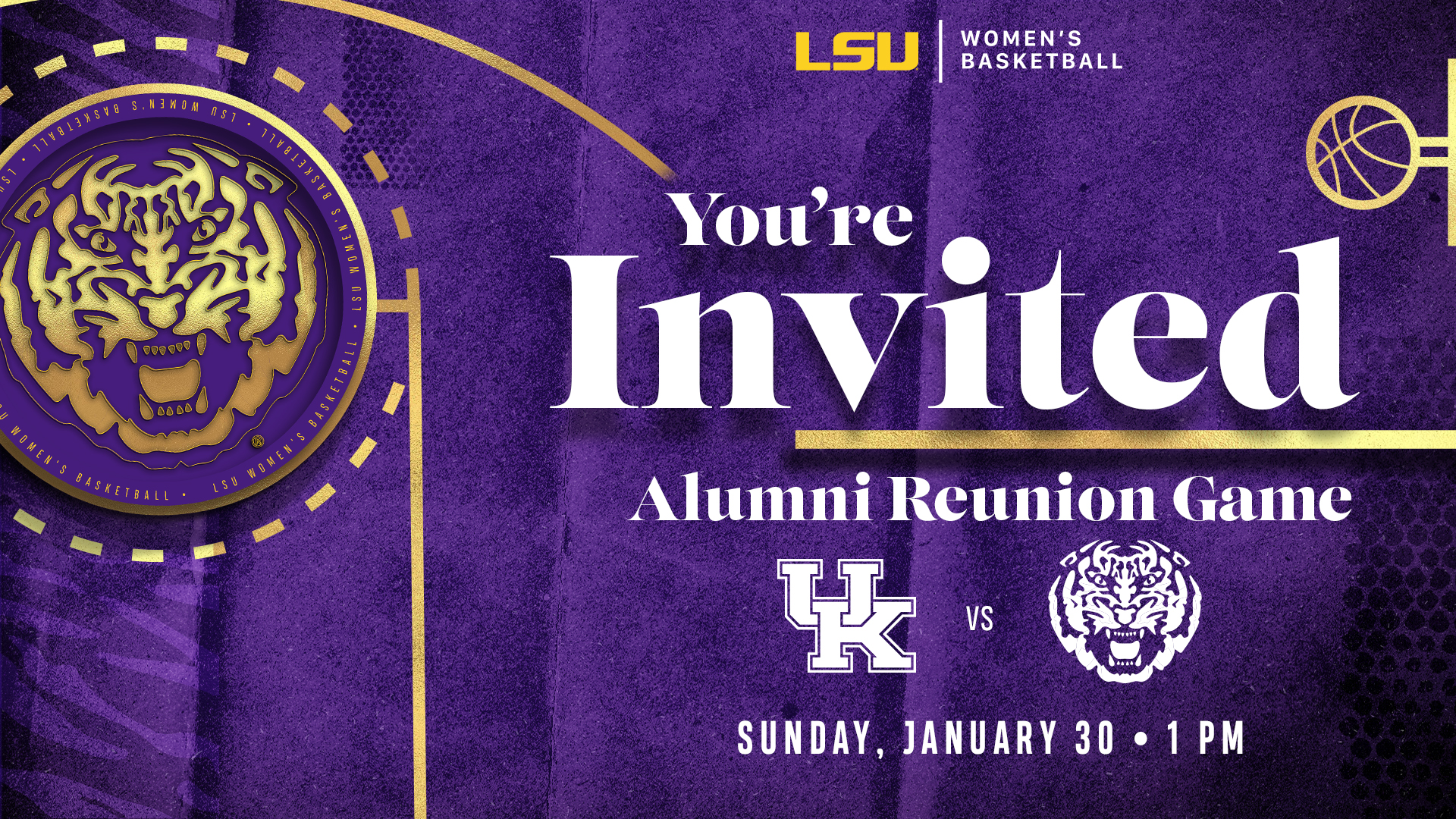 BATON ROUGE – LSU Women’s Basketball Head Coach Kim Mulkey and the Tigers will welcome back alumni to the PMAC during Sunday’s game against Kentucky.

At least 50 former LSU Women’s Basketball players will be in attendance at Sunday’s game and they will be recognized on the court during half time. The game is scheduled to tip-off at 1 p.m. CT on the SEC Network.

Since Coach Mulkey’s hiring, she has made it a point to reconnect with former LSU Women’s Basketball players and has used the motto this year, “Respect The Past. Embrace The Future.”

Also at halftime of Sunday’s game, the LSU Tiger Girls will be performing their routine that they won them the National Championship earlier this month. The LSU Cheerleading team will be recognized during the first half for finishing 6th at nationals. LSU will also be celebrating National Girls and Women in Sports Day and the 50th Anniversary of Title IX.

LSU will be on the road Thursday at Arkansas at 7:30 p.m. on the SEC Network before returning to Baton Rouge for Sunday’s game.