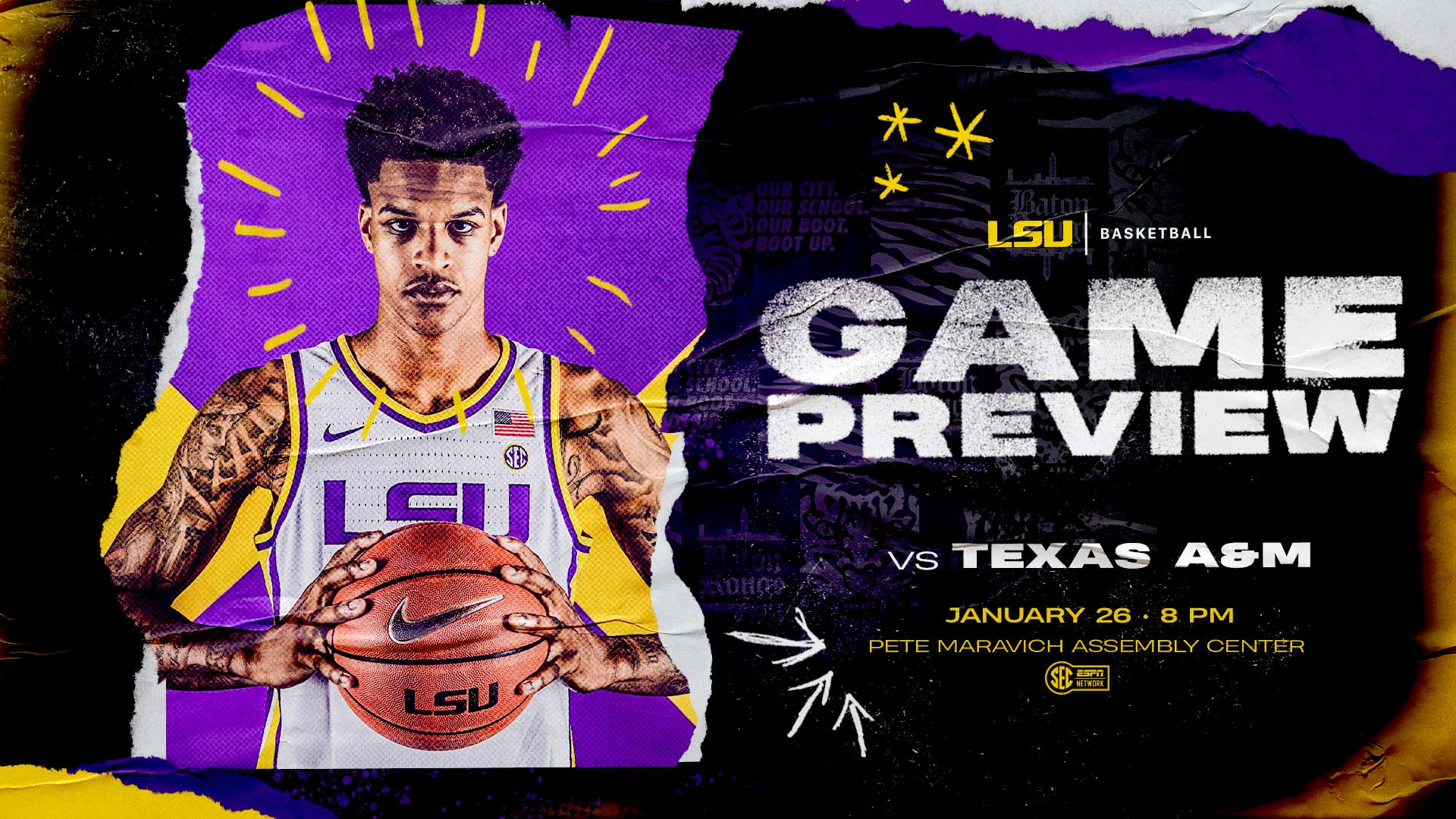 BATON ROUGE – The LSU basketball team looks to get back on its winning ways Wednesday night when its hosts Texas A&M at the Pete Maravich Assembly Center.

The game is scheduled to tip just after 8 p.m. on Dale Brown Court with the game broadcast on the affiliates of the LSU Sports Network (including Guaranty Media flagship Eagle 98.1 FM in BR) with the Voice of the Tigers Chris Blair and former LSU head coach John Brady. Roy Philpott and Mark Wise will be on site to call the telecast on the SEC Network.

Tickets remain on sale with $5 tickets available online at LSUTix.net and at the upper concourse ticket windows beginning at 7 p.m. on game night. LSU Students are admitted free with a valid ID and the first 500 students will receive a free T-shirt courtesy of McDonald’s.

LSU, ranked 18/19 in the two national polls, is 15-4 and 3-4 in the Southeastern Conference after three consecutive losses, including a loss to Arkansas on Jan. 15 that stopped the Tigers 13-game winning streak in the building. LSU lost twice on the road last week at Alabama (70-67) and at Tennessee (64-50).

Texas A&M comes in off two losses after winning their first four conference games and stands 15-4 and 4-2 in the SEC. A&M has lost at home against Kentucky, 64-58, and at Arkansas, 76-73, in overtime.

Coach Will Wade imparted to the media in his visit with them on Tuesday pretty much the same information that he told the audience Monday night on his coach’s show that both Xavier Pinson and Darius Days will be game-time decisions at best for the game with Texas A&M.

Pinson is still recovering from an MCL sprain and bone bruise suffered in the first Tennessee game (Jan. 8) while Days has had two battles with an ankle roll in the games last week. Pinson began to work out at the end of last week, while Days did not practice on Monday with the Tigers.

Sophomore transfer Tari Eason led LSU with 16 points while the surging freshman Brandon Murray had 15 for the Tigers. Eric Gaines added 10 for LSU against the Volunteers. Eason is averaging 16.0 points a game while Days is at 13.1 points and Murray at 9.7 a contest.

Manny Obaseki led the Aggies in the Arkansas loss with 19 points while Hassan Diarra added 12. Henry Coleman leads Texas A&M starters with an 11.1 scoring average, but he is averaging a team-best 16.0 points and 6.2 rebounds in SEC play. Coleman is shooting 66.1 percent (39-of-59) from the floor in league play.

The two teams are right at the top of the national standings as LSU leads the nation in steals average at 11.4 while Texas A&M is fifth at 10.8 steals a game.