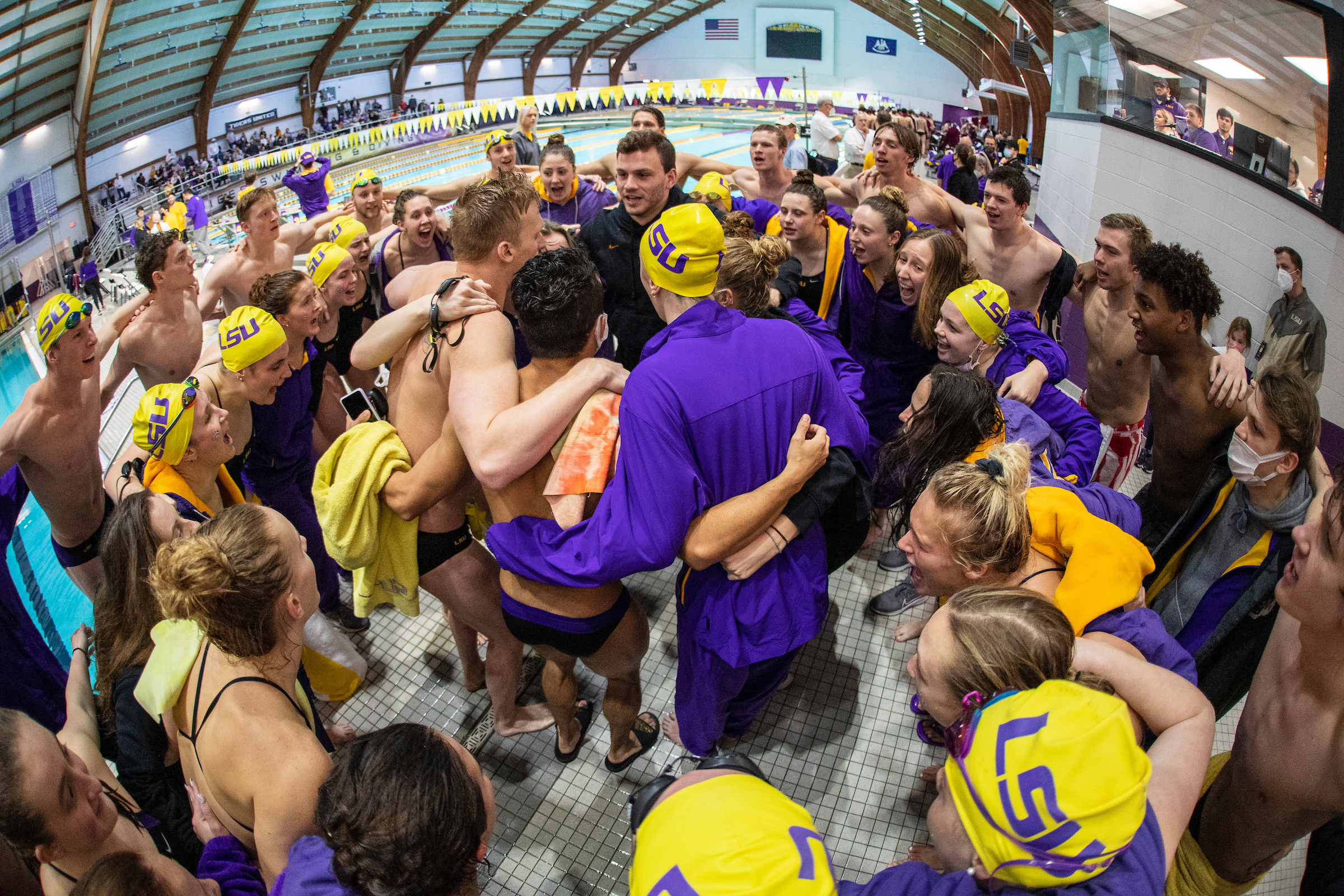 BATON ROUGE, La. – The Southeastern Conference announced Tuesday LSU’s Juan Celaya-Hernandez, Chiara Pellacani and Brooks Curry as athletes of the week for their performances against the nationally-ranked Texas A&M Aggies.

“What a terrific honor for Juan and Chiara,” head diving coach Doug Shaffer said. “They were excellent on both levels against a strong and seasoned Texas A&M squad.”

“Brooks had a great meet against Texas A&M,” head swimming coach Rick Bishop said. “His leadership and determination in the pool is helping elevate those around him. He embodies our team belief that anything is possible and that we should dream big, work hard, believe and achieve. Geaux Tigers!”

Celaya-Hernandez, a native of San Nicolas de los Garza, Mexico, earned his fifth SEC Male Diver of the Week honor after sweeping the springboard events Saturday. He now has 18 honors of this caliber during his LSU career. It was also the fifth time this season he has swept the springboard events during a meet.

Pellacani, who joined the Tigers for the Spring semester, quickly showed off her talent. In addition to being another 2020 Tokyo Olympian, she showed her level of consistency will be crucial going into the SEC Championships and beyond.

“For Juan, I think he has likely set a record for career SEC diver of the week honors,” Shaffer continued. “Chiara is a wonderful new addition to the team and immediately showed her talent. I’m excited to move into the championship season.”

Curry, a native of Atlanta, Georgia, is the first LSU swimmer to garner an honor from the SEC this season, as he claimed co-Swimmer of the Week alongside Florida’s Kieran Smith. He finished the A&M meet with two individual wins in the 50-free and 100-free. In the 50-free, he broke his own LSU Natatorium pool record that he set during the opening meet against Grand Canyon University. For the GCU meet, he swam a 19.51 and surpassed that time with a 19.42 Saturday.

In the 100-free, he placed first with a time of 43.76. Curry and the relay squads he participated for also nabbed wins in the 200-yard medley relay and 400-yard free relay.