Brandon Murray with another double-figure scoring game (15 points; 7-12 from the field) 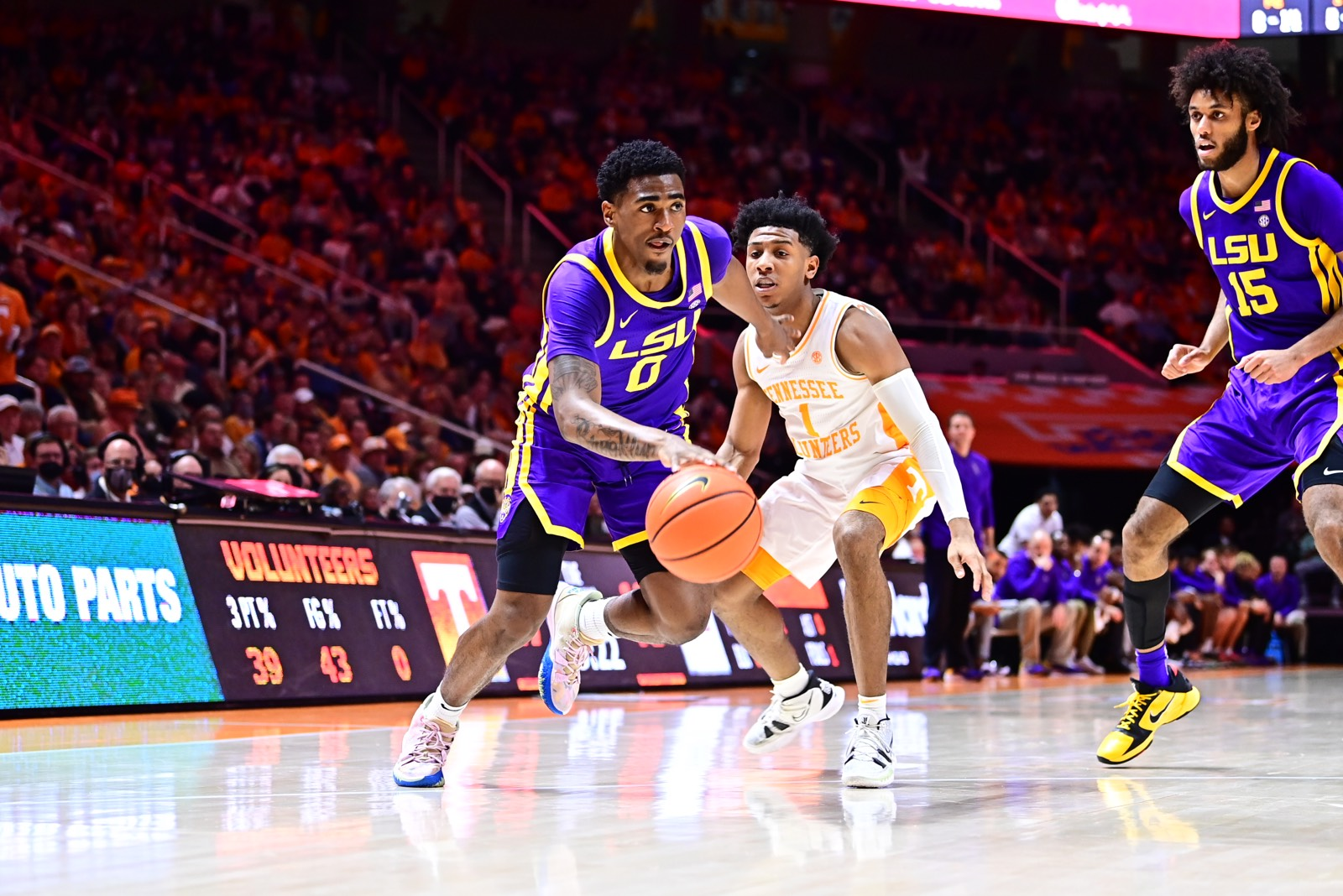 KNOXVILLE, Tennessee – No. 24 Tennessee scored the first 14 points of the game and led almost wire-to-wire to score a 64-50 win over No. 13/16 LSU Saturday night at Thompson-Boling Arena.

The 14-0 lead was something LSU could not overcome as the Volunteers delighted their crowd of 21,061 by leading for 39:33 of the game.

Santiago Vescovi had 16 points to lead Tennessee with five assists and Uros Plavsic added 12 points. Vescovi had five three-pointers for the Vols.

LSU is now 15-4 and 3-4 in the league as the Tigers lose for the third straight game, the first three-game losing streak since January 2018.

Vescovi hit a trey to open the scoring on Tennessee’s first possession and then Plavsic had a layup off an LSU turnover. LSU missed two opportunities on its end and Kennedy Chandler knocked down another three to make it 8-0, forcing LSU to call a timeout two minutes into the game.

After being down 14 in the opening minutes, the Tigers valiantly fought back, closing the first half deficit down to just one point, 25-24, on a Murray bucket with 1:11 to go before the break.

But Tennessee scored five points, including a tip-in at the buzzer to put the Vols up 29-24 at the break.

LSU started the second half with a floating jumper by Eric Gaines to cut the Tennessee lead to 29-26 but Josiah-Jordan James hit a three to push the lead back to six and the Vols would push the game back to double figures, 37-26, with 14:13 to play in the game.

The Tigers made a late push and got the game to six, 51-45, with five minutes to play, but Tennessee finished the contest outscoring LSU, 13-5, to get the final margin of 14 points.

LSU returns to action on Wednesday when the Tigers host Texas A&M at 8 p.m. in the Maravich Center. Tickets are available at LSUTix.net.