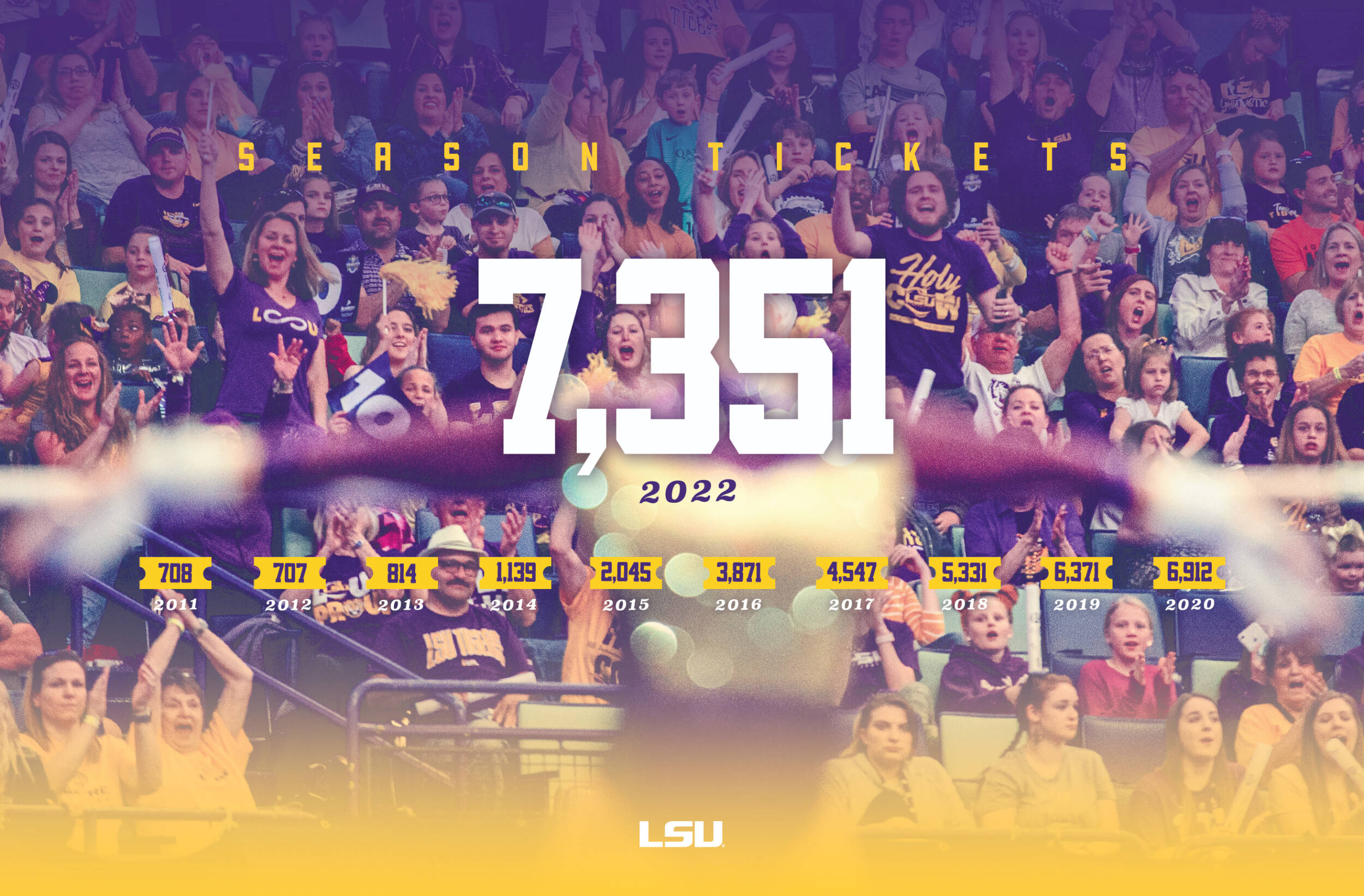 LSU fans and students have packed the PMAC in addition to purchasing season tickets. The Tigers have finished in the top four of average attendance nationally from 2016-20. LSU set the school record for average attendance with 12,009 fans per meet in 2018 to finish second in the country and No. 1 in the SEC for the first time in school history.

The Maravich Center has proved to be one of the top home-arena advantages in the country. Since 2012, LSU is 60-5 inside the PMAC, including a run of 35 straight wins from 2014-19.