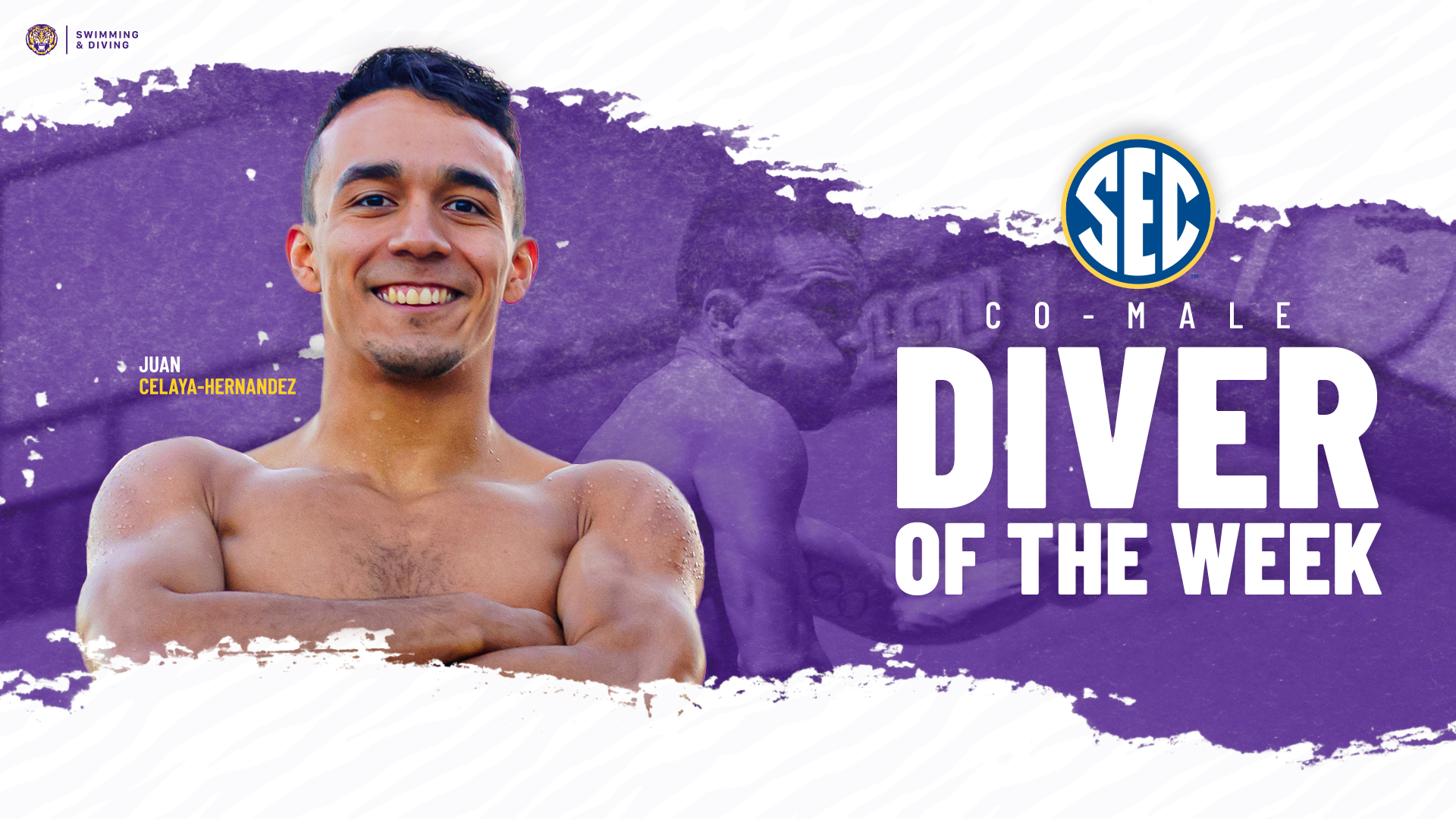 BATON ROUGE, La. – LSU diver Juan Celaya-Hernandez earned his 17th career and his fourth SEC Male Diver of the Week this season after his dominating performance at the Auburn Diving Invitational, the league office announced Tuesday.

“Juan continues to set a standard of excellence on the boards rooted in his relentless hard work and dedication,” head diving coach Doug Shaffer said. “I’m proud to see his accomplishments rewarded in this manner.”

This is the sixth recognition for an LSU diver this season. Previously, Celaya-Hernandez claimed two diver of the week honors, while Montserrat Gutierrez Lavenant earned two Female Diver of the Week honors. Freshman Maggie Buckley, who earned her first collegiate win on platform at the Auburn Diving Invitational was named Freshman of the Week after her performance against Tulane.

Celaya-Hernandez, a savvy veteran for the LSU swimming and diving team, finished the Auburn Diving Invitational with two of the four wins the Tigers collected on the Plains. He swept the springboard events with a final score of 382.75 on the one-meter and 430.80 on the three-meter. He also placed second on platform with a score of 374.50.

Due to COVID-19 protocols, LSU’s upcoming opponent Florida State is unable to travel to Baton Rouge for a dual meet against the Tigers. LSU will hold an intrasquad meet Saturday in its place, where Celaya-Hernandez will return to action.

The Tigers will face a different opponent on Saturday, Jan. 22, when the Tigers square off against Texas A&M. On that day, seniors of the 2021-22 squad will be honored for their accomplishments in the purple and gold. The meet does have an official start time yet.