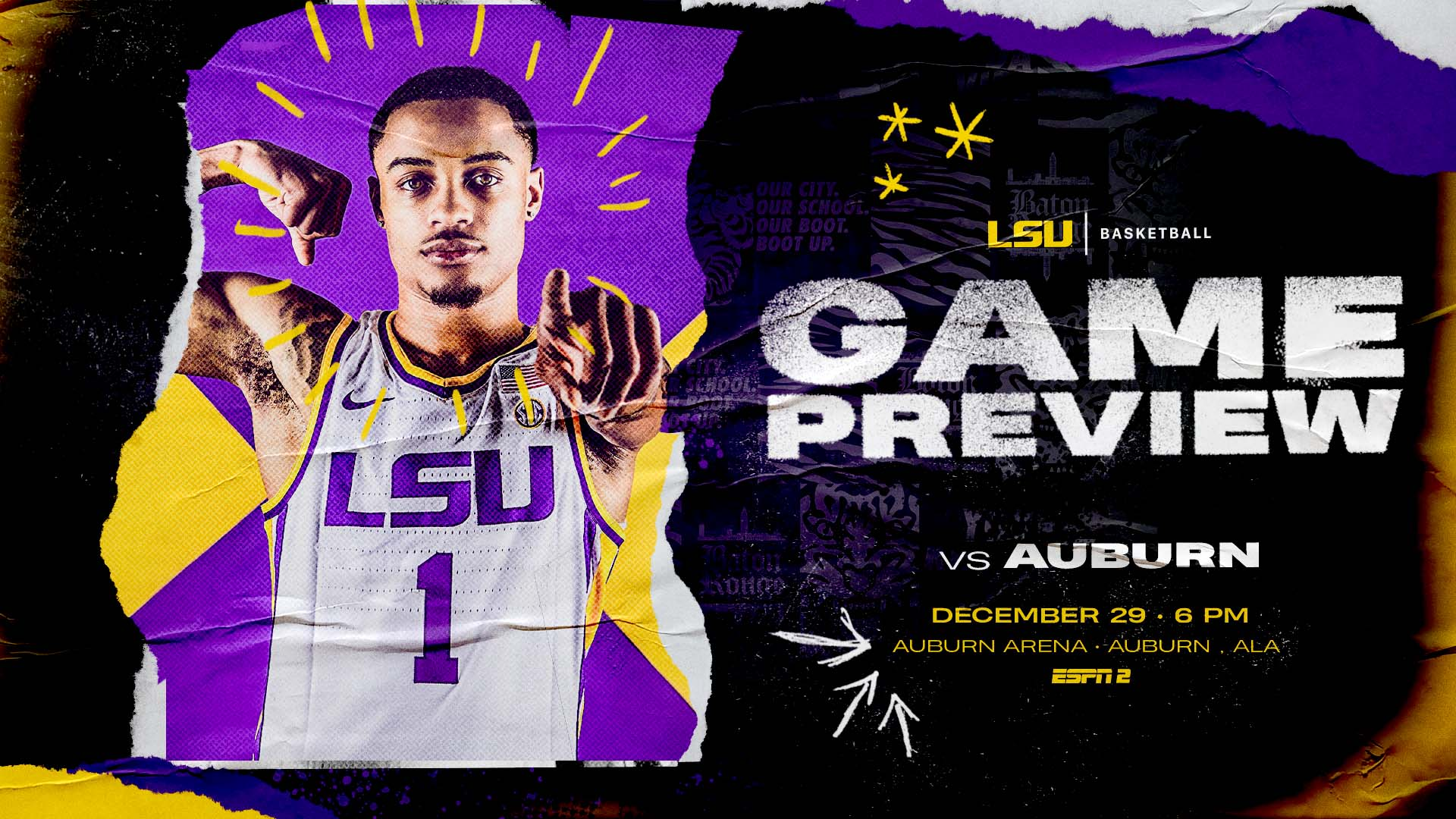 LSU is 12-0, one of five unbeaten teams left in college basketball and ranked 16th in both the AP media poll and the Ferris Mowers coaches’ poll, while Auburn is 11-1, winners of eight straight contests and ranked No. 11 in the two polls.

The game is set to tip just after 6 p.m. CT and will air on ESPN2 with Richard Cross and Joe Kleine on the call. The Voice of the Tigers, Chris Blair, and former LSU head coach John Brady will have the broadcast of the game on the affiliates of the LSU Sports Radio Network (Guaranty Media flagship Eagle 98.1 FM in Baton Rouge) and the LSU Sports Mobile App.

And when we apply it…

The Tigers are expected back at full go after Tari Eason missed the 95-60 win over Lipscomb on Dec. 22 with back spasms. The team returned to practice after a Christmas break on Dec. 26 in preparation for this game.

LSU has three players averaging in double figures with Eason at 16.3 points a game, Days at 15.0 points and a team high 8.5 rebounds and Pinson 10.8 points and 4.6 assists.

Days and Pinson will be the only members of the LSU team that will have played in the Auburn Arena in their college careers as LSU did not play in the 9,000-seat venue last season. Pinson would have made an appearance there as a member of the Missouri squad.

Auburn’s only loss was to UConn in the first round of the tournament at Atlantis in the Bahamas Thanksgiving week. In a 71-58 win over Murray State Dec. 22, Wendell Green Jr. (10 rebounds) and Walker Kessler had 13 points each while Jabari Smith had 12 points and 10 rebounds.

In the preseason poll, the two teams were picked next to each other with Auburn picked fifth and LSU sixth.

LSU will return to Baton Rouge for two games to start the 2022 portion of the schedule with LSU hosting Kentucky at 6 p.m. on Tuesday, Jan. 4 and Tennessee on Saturday, Jan 8. Tickets for those games are available at LSUtix.net.