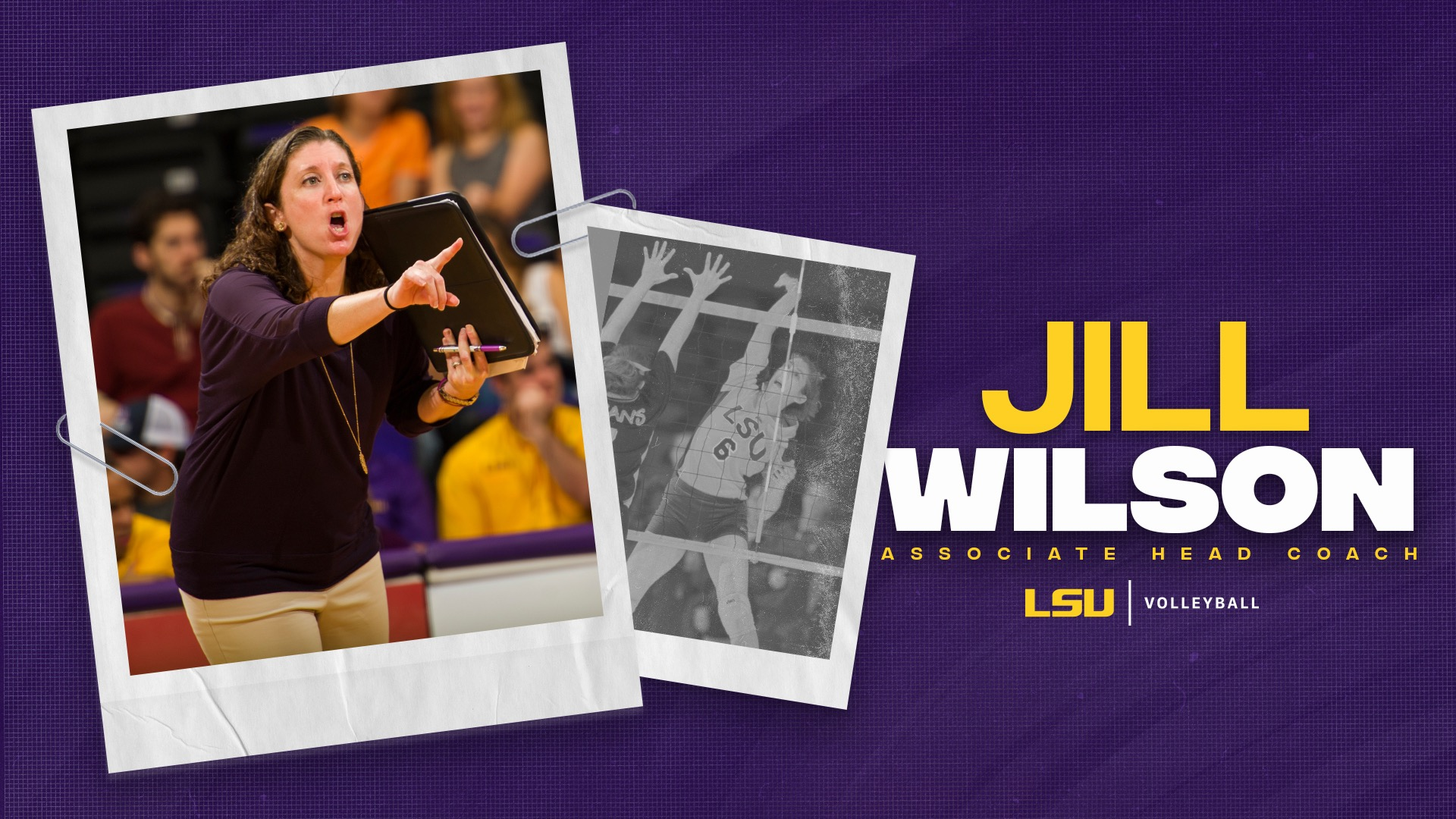 In addition to her playing career from 1997-2000, Wilson spent 10 seasons as the assistant and then associate head coach at LSU where she helped the Tigers reach six NCAA Tournament appearances and the 2009 SEC Championship. In that time span, Wilson produced 15 All-SEC selections, four AVCA first-Team All-South Region picks, and an AVCA All-American and SEC Player of the Year in middle blocker Brittnee Cooper.

“I could not be more excited to announce that we are bringing former LSU Tiger Jill Lytle Wilson back to Baton Rouge,” Johnson said. “We are ready to start this next chapter of excellence and she is a huge reason we will be able to make that happen. Jill is one of the best recruiters in the game and I cannot wait to see the talent she finds. Come on home Jill and let’s geaux to work.”

Wilson previously served as the associate head coach at Ohio State for two seasons. With the Buckeyes, Wilson helped guide the team to an overall 43-10 record, a 30-8 mark in the Big Ten and consecutive NCAA Regional Semifinal appearances. Wilson developed three AVCA All-Americans, including Emily Londot who was the 2020-21 AVCA National Freshman of the Year, five AVCA All-Region selections and 10 All-Big Ten selections. Before joining the Ohio State coaching staff, Wilson was the head coach at Virginia Tech for three seasons (2018-20).

“Everything in my volleyball career has been deeply rooted in the tradition of LSU from my time as a student-athlete and former assistant coach,” Wilson said. “Tonya brings a relentless passion of excellence to the sport and to this program. I am excited and honored to join her and return to my LSU family!”

Wilson also spent time in the ACC as an assistant coach at North Carolina (2002-04) and Wake Forest (2006). In the ACC, she coached two All-Americans, an ACC Player of the Year and helped lead North Carolina to the 2002 regular season ACC Championship and a NCAA Sweet Sixteen appearance.