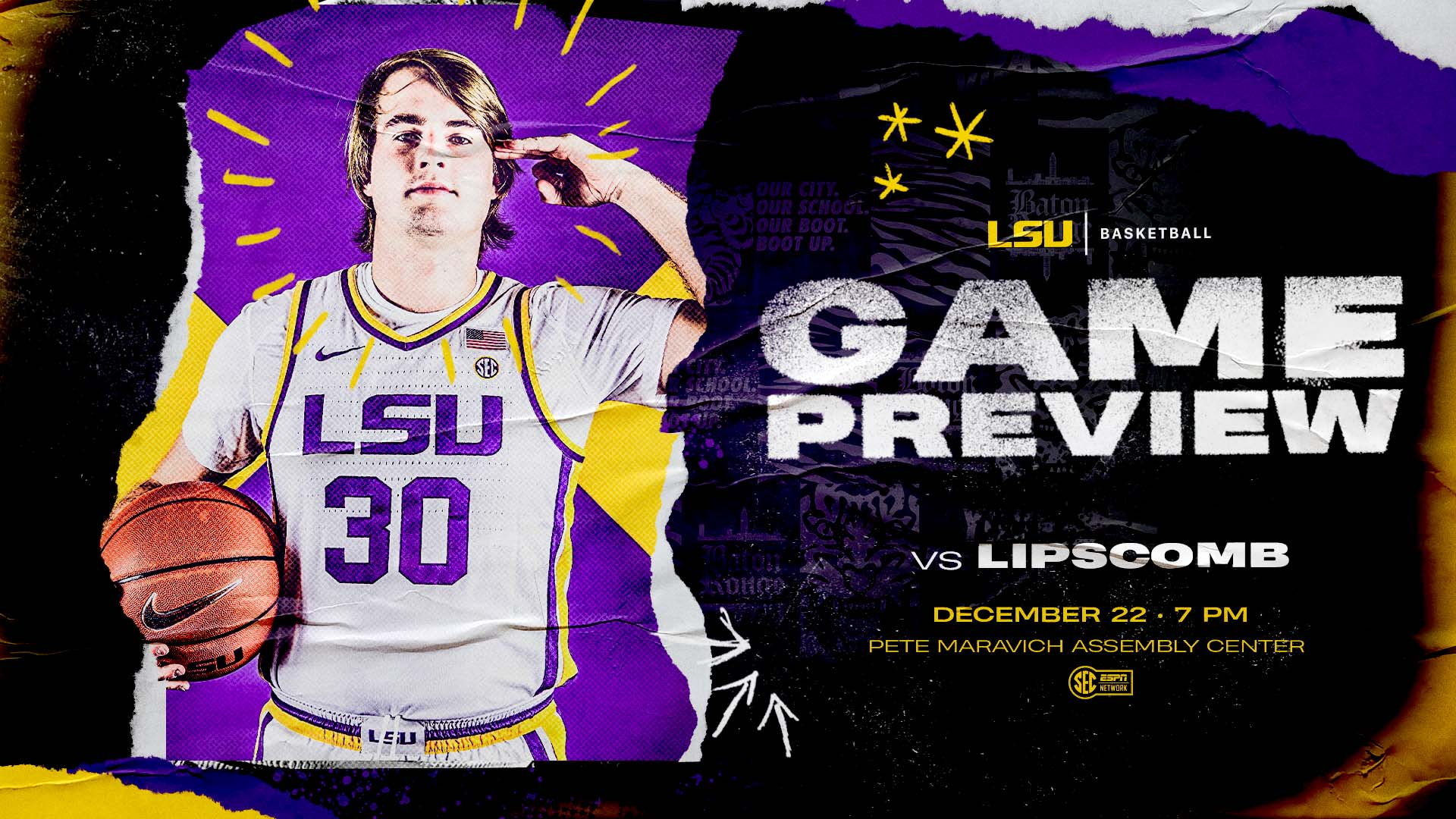 BATON ROUGE – LSU closes out the non-conference schedule prior to a short Christmas break when the No. 16/17 Tigers host Lipscomb Wednesday night at the Pete Maravich Assembly Center.

The game tips off at 7:05 p.m. and will be broadcast on the affiliates of the LSU Sports Radio Network (Guaranty Media flagship in Baton Rouge, Eagle 98.1 FM) with the Voice of the Tigers Chris Blair and former LSU head coach John Brady. The game will be televised on the SEC Network with Mike Morgan and Pat Bradley on the call.

Entering play on Tuesday night, LSU was one of six remaining undefeated teams in college basketball.

The win stopped a five-game losing streak for the school.

The Tigers won on a neutral court Saturday in Bossier City, 66-57 over Louisiana Tech. Tari Eason scored 10 of his 21 points in a 14-2 run by LSU to win the game late after being down 11-0 and 18-5 to start the game. LSU trailed by eight at the half and outscored the Bulldogs, 39-22, to remain undefeated.

Darius Days went over the 1,000 career point mark and he also recorded the most rebounds in a single game since 2016 when he grabbed 10 rebounds in the contest to go with 13 points. It was his 19th double double at LSU.

Xavier Pinson had 10 points as well for LSU.

LSU moved up four spots in the Ferris Mowers Coaches Poll powered by USA Today to 16 and two spots in the Associated Press media poll.

The Tigers defensively have put themselves up in the national rankings with their numbers as they are first in field goal percentage defense at 33.4 percent, second in scoring defense at 53.5 points, second in steals per game at 12.6 and third in scoring margin at +24.6 points.