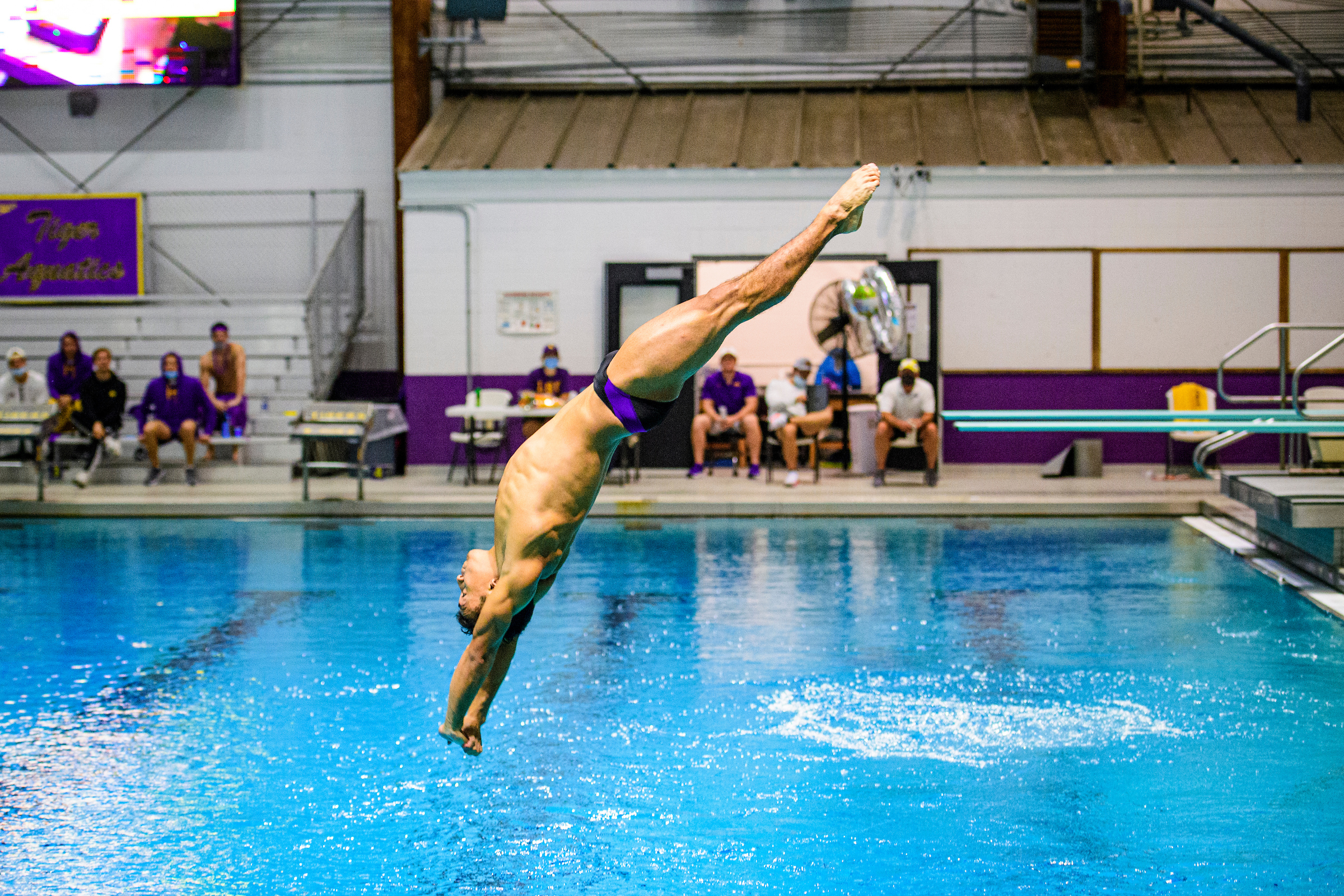 AUBURN, Ala. – The LSU diving team returned to action Thursday at the Auburn Diving Invitational as Juan Celaya-Hernandez posted a win on the one-meter springboard with a final score of 382.75.

Three other Tigers finished in the top five of their respective events. Adrian Abadia joined Celaya-Hernandez in the top-5, finishing in fourth place with a final score of 356.25. Zayne Danielewicz dove for a final score of 239.35 and placed 12th.

“Today was a bit of a mixed bag of results,” head diving coach Doug Shaffer said. “Juan and Adrian were good on one meter and were close to sweeping the event.”

On the women’s side, Montserrat Gutierrez Lavenant followed up her first-place performance on the one-meter springboard with an entirely different arsenal of dives on the three-meter. She placed seventh with a final score of 265.00. Anne Tuxen, after battling an illness since the Texas Diving Invitational in mid-November, claimed third place with a final score of 296.95. Maggie Buckley finished right behind her in fourth place with a score of 277.80.

“In the women’s three-meter Montse(rrat) competed with an entirely new list,” Shaffer continued. “Maggie performed two new dives, and this was Anne’s first meet since the Texas Diving Invite due to illness. These are challenges that make us better.”