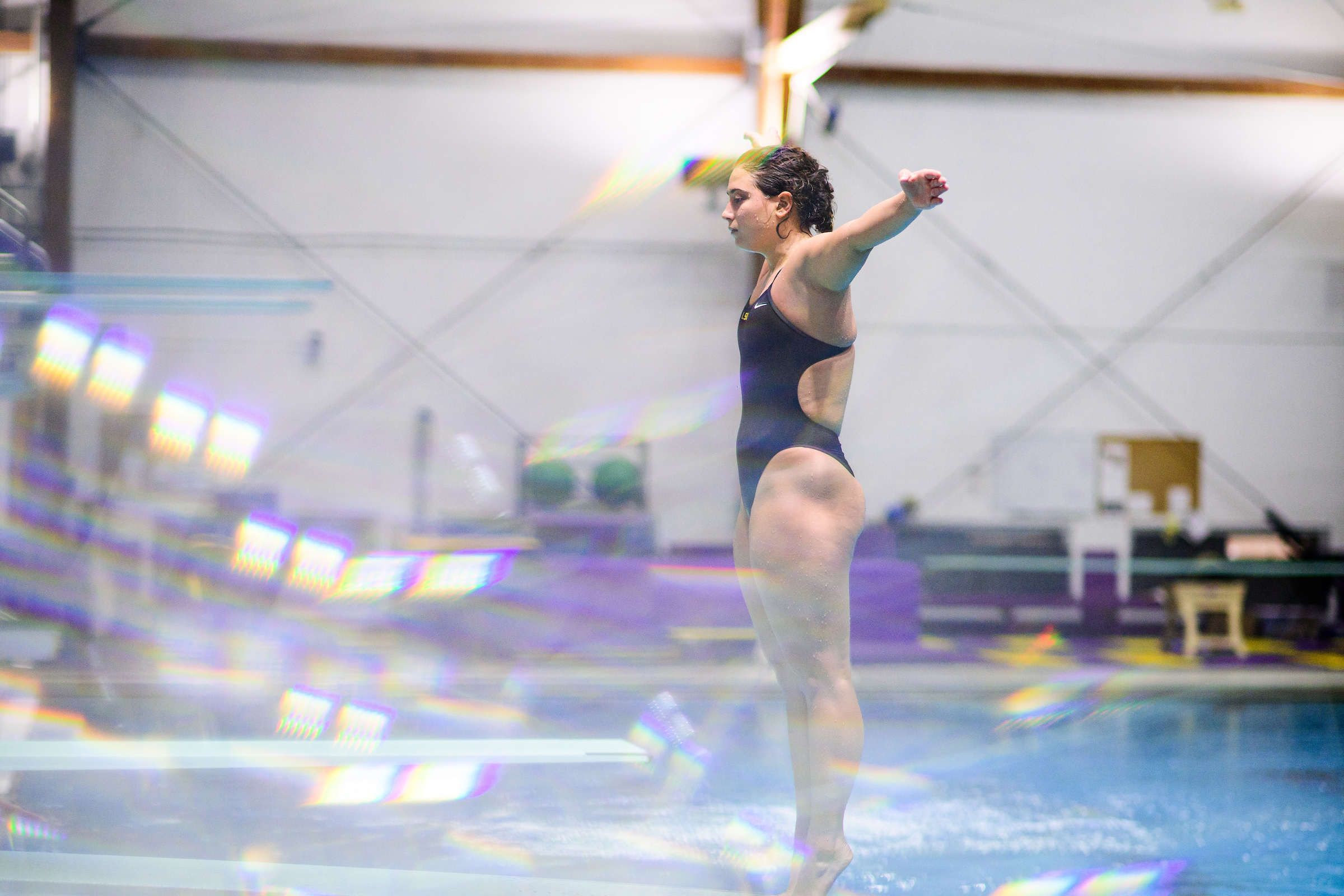 AUBURN, Ala. – LSU diver Montserrat Gutierrez Lavenant closed out the first day of the Auburn Diving Invitational with a win on the one-meter springboard, scoring a 304.45 for the final.

Gutierrez Lavenant, who earned SEC Female Diver of the Week after her performance against Tulane, finished in first place for the prelim portion of the one-meter with a score of 287.45.

“The women competed well today,” head diving coach Doug Shaffer said. “I saw great elements and pieces, but not the complete picture yet even though that’s to be expected. Montse(rrat) was super consistent and claimed a great victory.”

Anne Tuxen finished close behind in sixth place with a final score of 264.90 after claiming fifth place in the prelims with a score of 266.10. Fellow Tuxen, Helle, closed out the first day of competition with a ninth-place finish in the final with a score of 247.25.

Reigning SEC Freshman of the Week, Maggie Buckley, placed 11th to close out the great start for the Tigers. She earned a final score of 244.30 after placing fifth in the prelims with a score of 256.95.