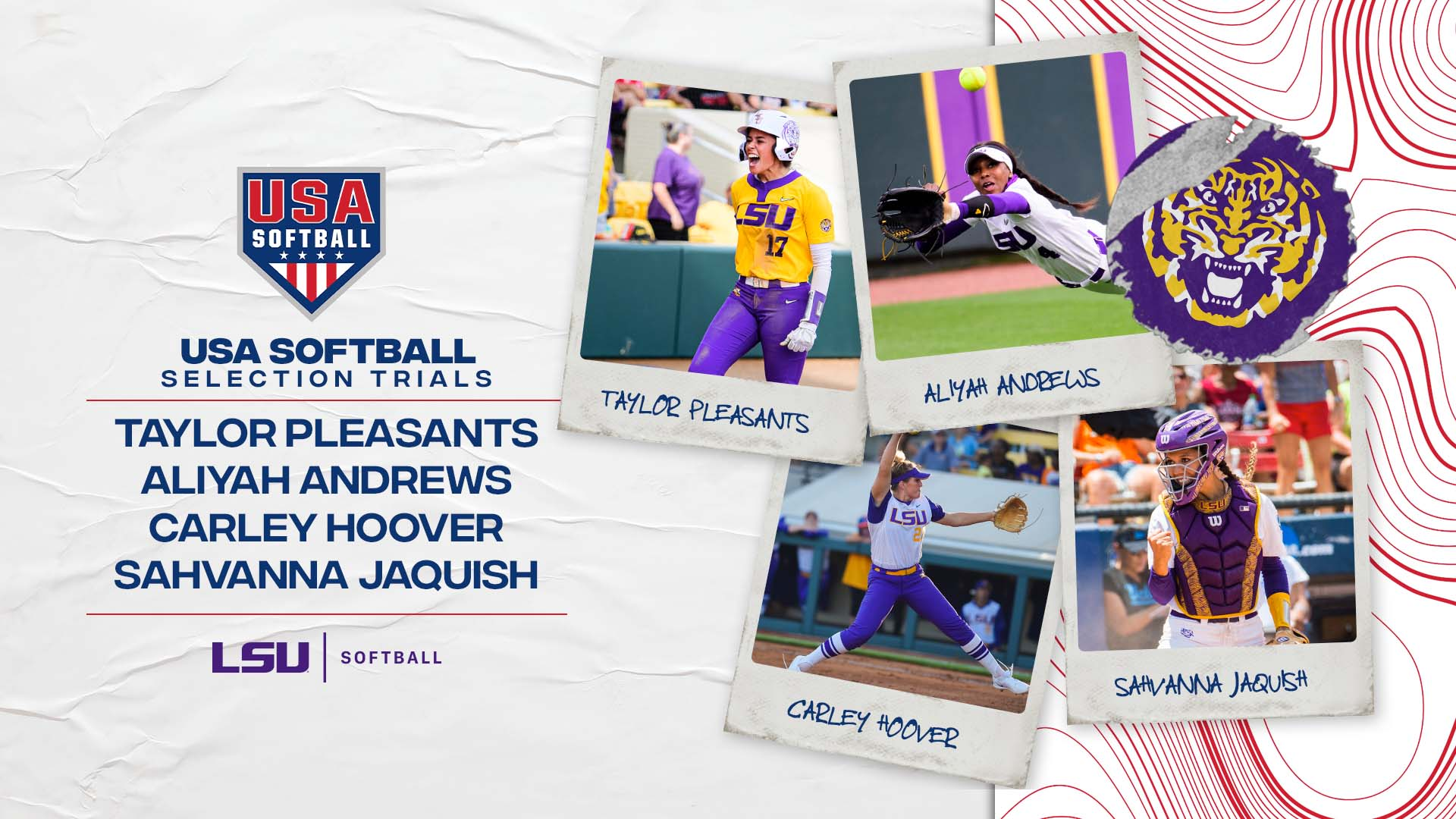 Pleasants is a 2021 NFCA All-American shortstop who had a .316 batting average with 56 hits, 49 RBI, 37 runs and 13 home runs in her first full season with the Tigers. Pleasants’ 13 home runs are the ninth most in a single season in school history.

Andrews, another 2021 NFCA All-American selection as an outfielder, finished her career with 289 hits, 145 stolen bases and 268 games played. In those categories, she ranks third, second and fifth in school history, respectively. Andrews also holds the single season record with 47 stolen bases (2019).

Hoover earned NFCA All-American selections in 2015 and 2018 as a pitcher. In her career at LSU, Hoover made 138 appearances (No. 4 all-time) with 684.0 innings pitched, 754 strikeout and 66 complete games, all which rank fifth in school history. She also ranks No. 2 all-time with 10 saves and held opposing batters to a .195 batting average that is tied for the fifth-lowest all-time.